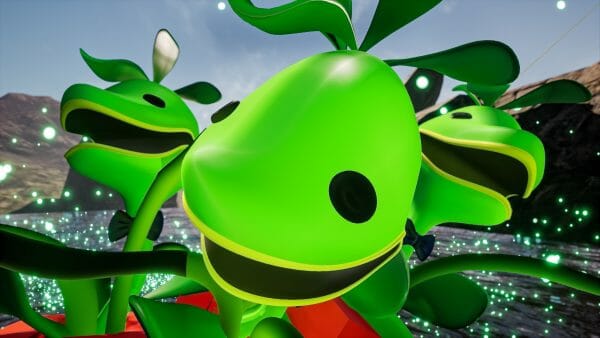 Sandbox games are a hugely popular gaming genre, giving players the freedom to explore and interact with a game world without being restricted by objectives or strict progression limits. Popularized by the endless creativity of Minecraft and similar procedurally-generated sandboxes, the genre is also a popular way for coders to test their game design skills by implementing new mechanics.

As such, the first big project that many budding game developers choose to take on is a sandbox game where they and their players can experiment with game mechanics in an open world. We’ve compiled some of the best sandbox game tutorials available, providing you with all the help you need to create a huge open world and begin your sandbox experimentation!

Why Learn To Make A Sandbox Game?

Sandbox games like Minecraft and Roblox are all about creativity – there aren’t any set objectives that players have to follow, giving them the freedom to do whatever they want within the game’s world. In turn, that gives developers the chance to create an open-world playground for players to experiment with and explore their creativity.

As such, designing a sandbox game is less about giving players things to do and more about giving them a set of tools and an open world to explore, then letting them run wild. This is an exciting challenge to take on – rather than creating a set path for players to follow, a sandbox requires you to create a world that’s open-ended, explorable and enjoyable for players to exercise their creativity within.

Sandboxes are also a great way to master new skills in game design since they involve a number of mechanics that can be applied to other projects. Physics engines, NPCs, enemies, lighting, procedural world generation and more are all common aspects of sandboxes, so creating your own sandbox can help you learn a variety of new systems and mechanics.

In short, sandboxes are an ideal way for you to explore new mechanics, work on your game design skills and exercise your imagination without having to implement them within a rigid framework.

The tutorials below will help you to master a number of key programming skills and game mechanics needed to create your very own sandbox game. Most of these are designed for beginners, meaning that whatever your experience level, you’ll be able to easily follow along with the tutorial and steadily build a sandbox game from the ground up!

One of the most common traits of sandbox games like Minecraft and Terraria is a procedurally-generated world – in other words, a game world that’s generated at random. This mechanic ensures that sandboxes have a high level of replayability since no two playthroughs will be the same – players will always have a new world to explore and interact with.

As such, the 2D Procedural Maps For Beginners tutorial from Zenva Academy is a great place to start your sandbox development journey. The tutorial shows you how to create your own procedurally generated 2D worlds in Unity, laying the foundations of your sandbox with an endlessly explorable and replayable world.

All you’ll need is a basic understanding of Unity and C#, making it an excellent choice for beginners. You’ll also have the chance to massively expand your C# knowledge through this course thanks to the variety of topics it covers.

If you’re more inclined to make a 3D sandbox than a 2D one, then this alternative Zenva tutorial is the one for you. The Complete Procedural Terrain Generation Course will help you to create highly explorable, randomly-generated worlds complete with different biomes and environment types to create diverse locations for your players to explore.

In addition, the tutorial includes a section on managing world generation alongside performance to ensure a positive game experience for your players.

Adding a third dimension to your procedural world adds another layer of complexity to the process of generating a random world, so this course is naturally slightly longer and more complicated than the 2D option above. However, it’s still very beginner-friendly, with no prerequisites other than basic Unity and C# skills to get you started.

Another common element of sandbox games is a physics engine that allows players to interact with and manipulate objects, the environment and other characters in fun and inventive ways. In order to learn how to implement game physics successfully, try checking out Unity’s own tutorial on the subject – the Creating A Physics Playground series.

This series starts out with a prototype for complex physic-based gameplay, providing free assets and a step-by-step guide to replicating the Unity team’s prototype. You’ll then have the opportunity to explore new physics elements, experimenting with new mechanics and prefabs to create your own version of the physics sandbox.

This is a great way to learn how to program game physics with Unity for use in your sandbox game, ensuring your players can find fun and unique ways to interact with your game world.

Duration: A short 11 minute tutorial available on YouTube, or a longer tutorial and additional resources on Unity Learn.

Two of the best-known sandbox games are Minecraft and Terraria, which take a similar approach to sandbox gameplay by providing players with an open, procedurally-generated world and various resources to craft new items and equipment with. To help new sandbox developers create their own game in this style, Eren Can’t provides a handy tutorial series.

The “Let’s Make A 2D Sandbox Game!” series provides you with a step-by-step guide to creating an exploration and crafting-based sandbox game from start to finish. Beginning with procedurally generating terrain and caves to lay the foundations of your world, then adding new elements like biomes, movement, inventory systems and more, this tutorial has everything you need to start creating your own sandbox.

The series is on the longer side, clocking in at over 13 hours in total, but this comprehensive guide is a fantastic way to master sandbox game mechanics. This makes it a great entry point for beginners, especially since everything is covered in a logical, step-by-step process.

Duration: Roughly 13 hours, 25 minutes of video tutorials (or less if you skip the inventory tutorial series included in the playlist)

One of the challenges of sandbox game development is that the huge, open, procedurally generated world that often forms the basis of the game can be complex to create and manage. As such, it takes some specific skills to first create an open world that players will have fun exploring and interacting with, then balancing this world with game performance to ensure smooth gameplay.

To this end, the Create And Manage Huge Worlds tutorial shows you exactly how to set up, generate and design huge worlds in Unity, then learn how to efficiently control them. You’ll learn how to use terrain tools to generate your world, then split it into chunks for easier management. In addition, the tutorial teaches you how to manage performance and optimize gameplay.

You’ll need a basic-to-intermediate knowledge of Unity and C# for this course, meaning that slightly more experienced coders may get more use out of it than complete novices. However, it’s still highly accessible and easy to follow thanks to its step-by-step guides – so while it may take beginners slightly longer to get to grips with the skills here, it’s still a great way to learn about sandbox world design.

How To Make Minecraft In Unity

Since Minecraft is one of the most iconic examples of sandbox game design, one of the best ways to learn how to create a sandbox yourself is by imitating this iconic game as your first project. If the imitation approach appeals to you, then the How To Make Minecraft In Unity tutorial from Poncho may be the option for you.

The tutorial is split into two parts, with Part 1 showing you how to begin creating your game’s world. This video covers chunk creation, mesh generation and random block generation to create a procedural world as the base for your sandbox.

Part 2 shifts its focus from the world to characters and objects, showing you how to create objects, start scripts, control a player character and alter game physics to prevent players from getting stuck.

These two videos form a nice, short demonstration that helps you to quickly master the process of generating a Minecraft-style block-based world and begin populating it with characters and objects. As such, it’s a great way for beginners to master sandbox-related mechanics and build their first game world, or for more experienced game developers to learn new skills in procedural generation to add new tools to their skillset.

Duration: Two tutorial videos, the first lasting just under 23 minutes and the second lasting around 20 minutes.

Creating a sandbox game can be a challenge, partly because of the complex procedural generation processes and other mechanics that are involved. It’s also because creating an open world for players to invent their own objectives and playstyles within is very different from the usually tightly-scripted process of game design.

However, with the tutorials above, you should be well on your way into mastering the sandbox genre. As such a broad genre, there’s also always more to explore – so after these tutorials, don’t be surprised if you find even more to learn from!