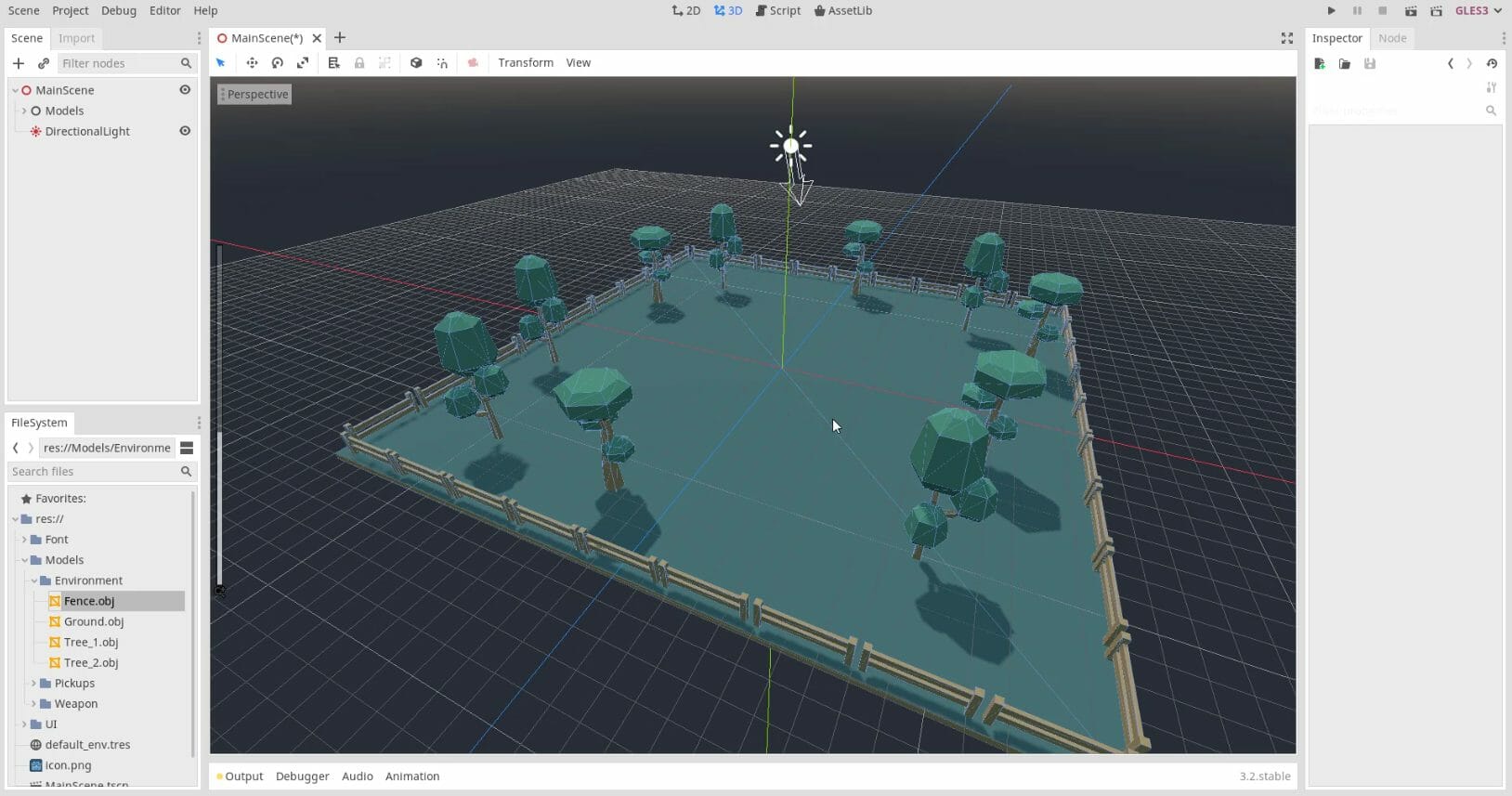 While there are many game engines available, one you may have heard about through the grapevine is Godot.

Godot has recently seen a rise in the game development scene and is quickly becoming a favorite of many game developers! However, just as many developers have never heard of Godot, or even know why they might want to use Godot over other popular engines like Unity or Unreal. After all, game engine choice is crucial as a first step when developing your games.

In this post, we’re going to walk you through in not only understanding what the Godot game engine is, but also how it can benefit you as a game developer!

Let’s dive in and discover this amazing, free engine.

First released in 2014 by Juan Linietsky and Ariel Manzur, Godot is a cross platform game engine oriented towards both 2D and 3D game development. The game engine focuses on providing a well-rounded set of tools for development – including a built-in code editor, a graphics rendering engine, audio playback tools, animation tools, and more. Over the years, the engine has grown immensely to include even more core contributors – and also accepts help from the Godot community as well to further develop the engine.

Let’s jump into some of the key features offered by the Godot game engine.

As mentioned, Godot comes with many features needed for 3D graphics. This includes lighting systems, physics systems, material support (reflection, refraction, etc.), and even tools for post-processing effects. Further, the engine also supports more advanced graphics features such as shaders and particles, giving developers a full set of tools to customize their games.

Unlike other engines where 2D is achieved simply by flattening a single axis, Godot offers a true 2D engine. This means the engine can both handle 2D backend calculations efficiently, but also appropriately deal with pixel-based units. Further, the 2D game development suite comes with a number of dedicated tools such as tilemap editors, 2D physics support, and 2D lighting systems. 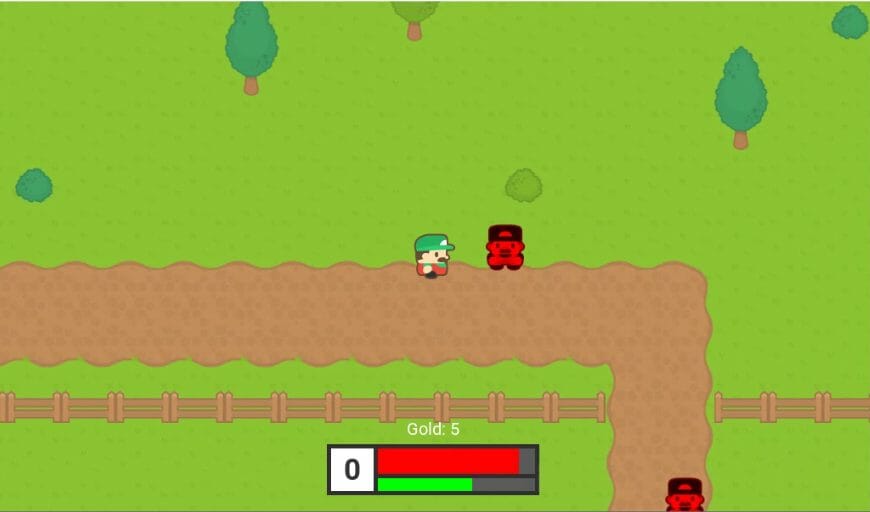 Project Optimization with Nodes and Scenes

Godot is built heavily around the principle of object-oriented design. One of the primary ways it achieves this is with its node and scene architecture. Godot defines every object as a “scene”, and each scene can contain multiple nodes. Godot offers hundreds of nodes that provide base functionality to the game – whether it be collision detection, physics bodies, animations, sounds, etc. Basically, any baseline mechanic you might need to form more complex mechanics can be found as a node.

Due to this, Godot has made a unique system where it is extremely easy to add functions to objects at a very primitive level to create complex objects (i.e. “scenes”). This feature also has the benefit of letting beginners have tight control over inheritance between scenes as well as making instances much easier to handle, particularly compared to other engines.

Godot allows for deployment to several different platforms, including but not limited to Windows, macOS, Linux, iOS, and Android – all major contenders in the gaming market. Additionally, Godot also allows export for HTML5 for developers who wish to put their games on the web. While Godot does not offer support for consoles at this time due to several complicated factors, such as the console market being fairly unopen, many third-party companies do exist to help support developers who want to port their games to console devices.

Beyond this, Godot also has a robust plugin structure that allows developers to create virtual reality games and limited augmented reality applications as well. 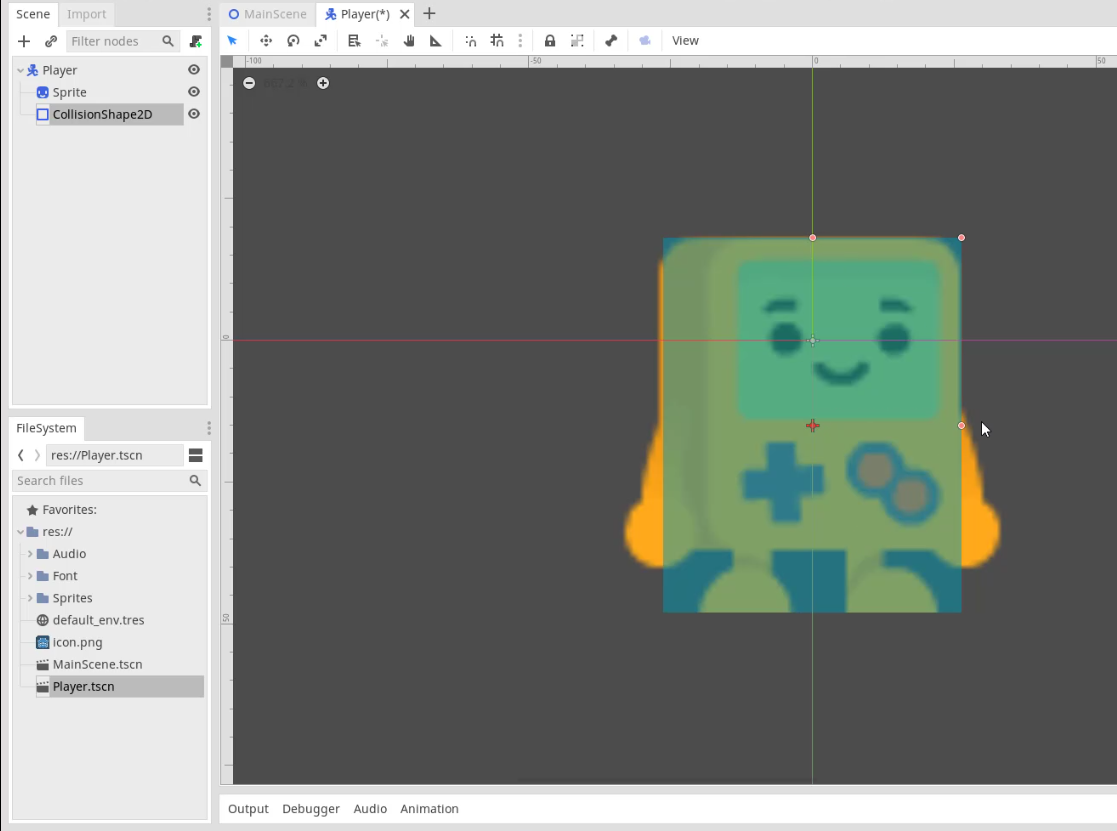 Out of the box, Godot allows developers to code their games in several different languages.

At the top of the list is GDScript, which is a scripting language developed specifically for working with Godot. As it was designed to integrate heavily with the Godot Engine itself, many developers have found it the most optimal for working with the engine. As it is similar in many respects to Python as well, developers also find its cleanliness and human readability a plus when developing with the engine.

For those who prefer not to code from scratch, Godot also comes with a visual scripting tool. This tool was designed to work extremely well with its node architecture, meaning non-programmers and beginners can easily use the drag-and-drop code blocks to construct their games.

However, for those more skilled, Godot also supports C++ and C# without much hassle as well – offering developers plenty of options. In addition to these two, Godot’s GDNative API also supports limited language binding, and some developers have found the ability to use languages such as Ruby or R with the engine.

Godot offers a robust set of tools for animation. Particularly for 2D, the engine comes with tools to allow developers to rig their 2D graphics and animate their graphics with full IK bone support. However, the engine also supports imported 3D animations as well as 2D sprite sheets. Regardless of the source, Godot also comes with various animator tools to help developers trigger and transition animations when needed.

Godot is an open-source engine, meaning the source code for the engine code is publicly available (in this case, through a permissive MIT license). As such, developers with Godot are free to not only distribute the engine as they see fit, but also modify the engine in various ways without constraints. 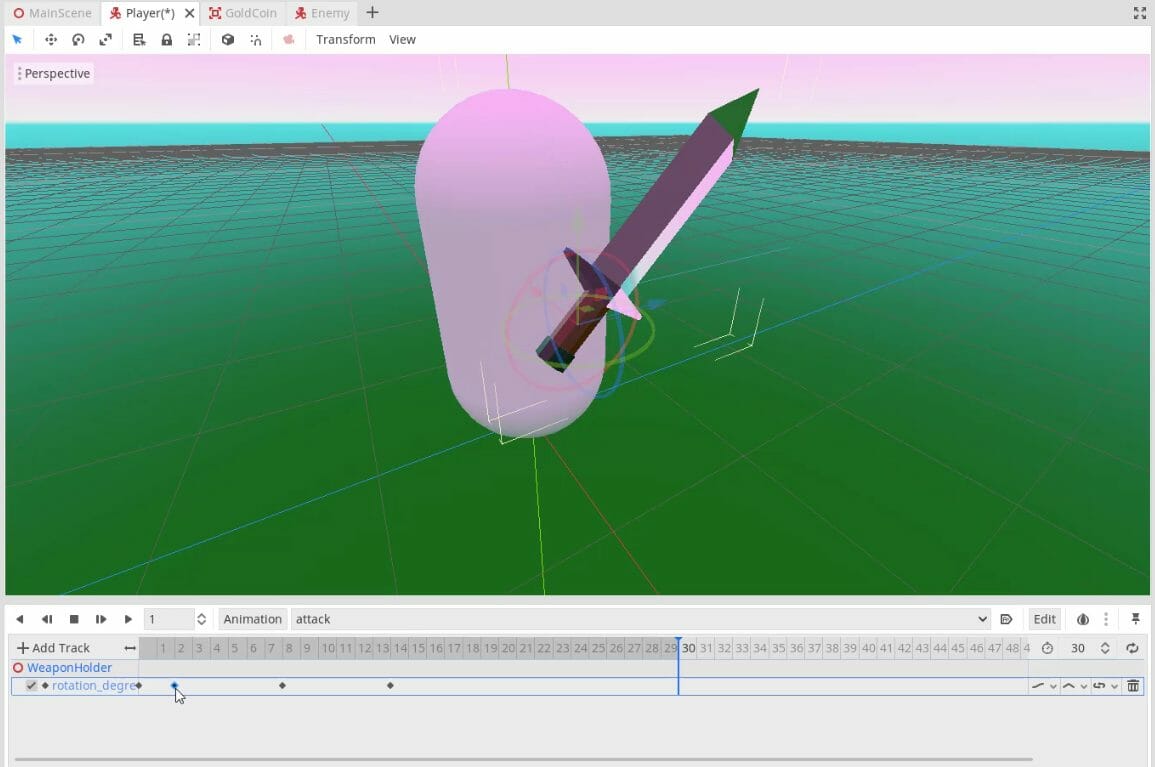 What Can Be Made with Godot?

If you can dream it, Godot can probably help you make it. This includes FPS games, RPGs, strategy games, simulation games, turn-based deck builder games, and beyond. However, the best way to see what Godot is capable of is to check out some of their own developer showcases below of current and upcoming games – all made by developers just like you!

Now that we’ve talked about what Godot is and explored what it can do, let’s jump into the main thing many developers want to know: why should you choose Godot to develop games? 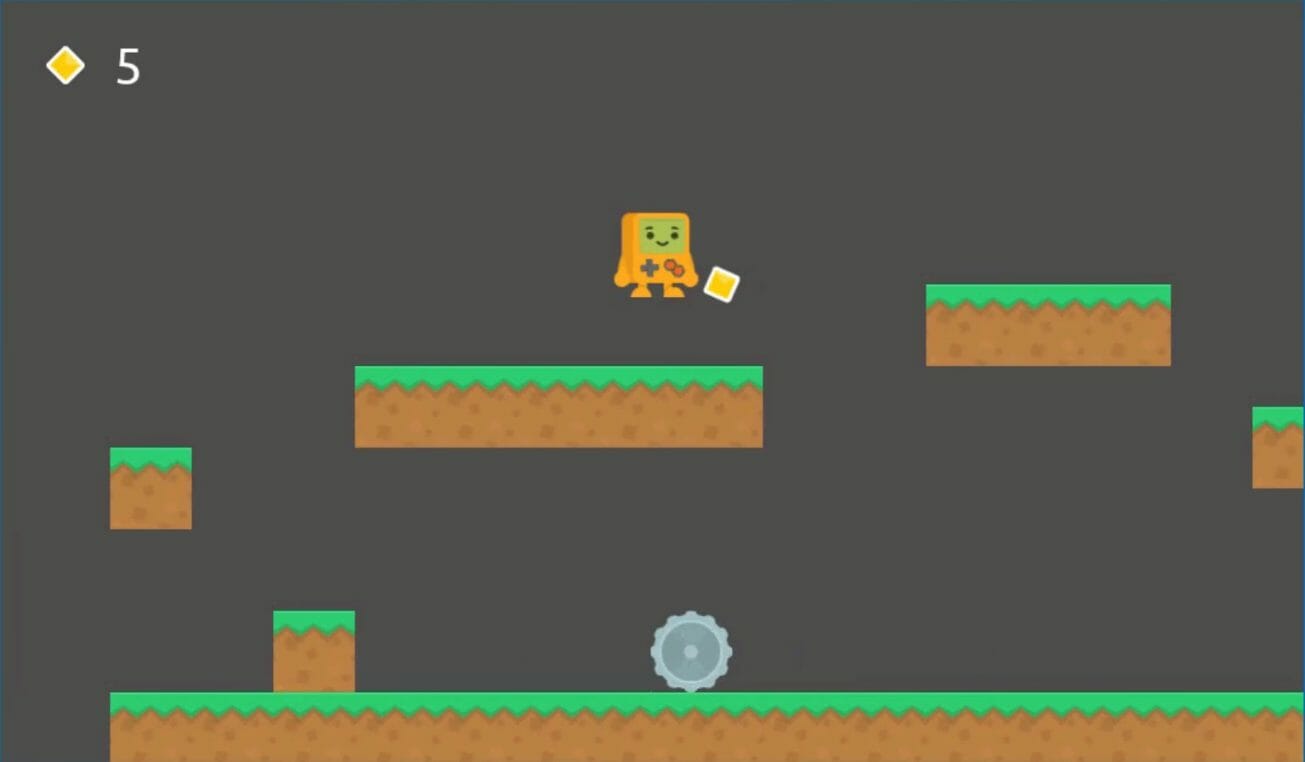 How to Learn Godot

Interested in Godot after all is said and done? Below, we’ve compiled a list of resources that will allow you to explore the engine further and learn how to use it to create your own game projects! 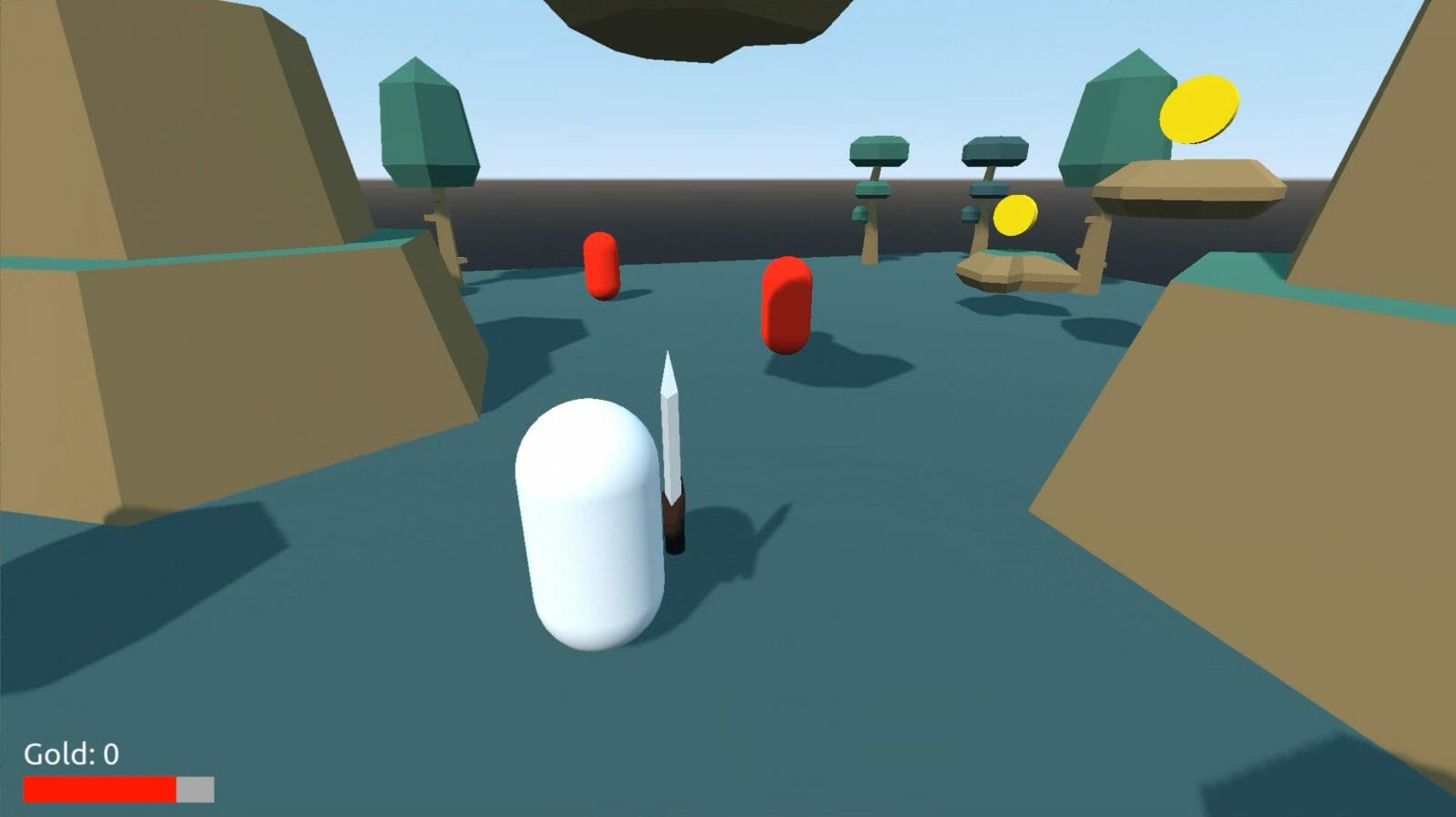 We’ve only just grazed the surface on what Godot is here. However, hopefully you should have a much better understanding not only of what benefits the engine offers, but also how you might learn to utilize those benefits for your own game projects. Whether you’re looking to build some exciting 3D action RPGs or some simple 2D platformers, Godot is able to easily cater to your project needs. This is not to mention it is a great choice for beginners as well given how the engine has organized functionality into nodes for easy access. There is a lot to be had with this amazing tool, so get out there, make some games, and show just what you can do as a game developer!