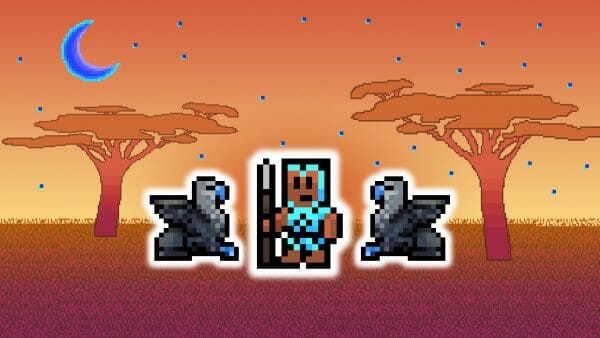 Out of the many different genres and subgenres within the world of videogames, platformers are perhaps the best known and most iconic. Made popular by classics like the Super Mario series and recently revitalized by the booming indie development industry, platformers are a staple of the videogame landscape – so it makes sense that aspiring game developers often want to try and make their own. Platformers are also an ideal entry point for new developers thanks to their simple premise.

To help out new developers on their path to creating their very own platformer games, we’ve compiled a list of some of the best platformer tutorials available online. Using these, you’ll build up all the skills you need to create fun and exciting platformers to add to your portfolio!

Why Should You Learn To Make A Platformer?

Platformers are one of the most iconic genres in the history of videogames. Iconic series like Mario, Sonic and Crash Bandicoot are probably some of the first games that someone would think of if you asked them to name a videogame.

They also happen to be one of the simplest types of game to make for beginners. In terms of level design, it’s as simple as creating a journey from point A to point B with some obstacles for players to overcome on their way. This format makes for an ideal proving ground for beginner game devs to get to grips with fundamental coding skills and core aspects of game design.

Platformers also offer the chance to try out a variety of different formats and subgenres. Platformers can be set in 2D, 3D or even virtual reality environments, and can cross over with other genres like puzzlers, action games and RPGs for even more variety.

Essentially, platformers are a great starting point no matter where you eventually see your game development journey heading. Their simplicity makes them great for practicing your game design skills and using them as a foundation to experiment with new mechanics.

They also offer plenty of opportunities for imaginative and innovative new challenges for players, so more experienced game developers can find platformer design a rewarding challenge too. 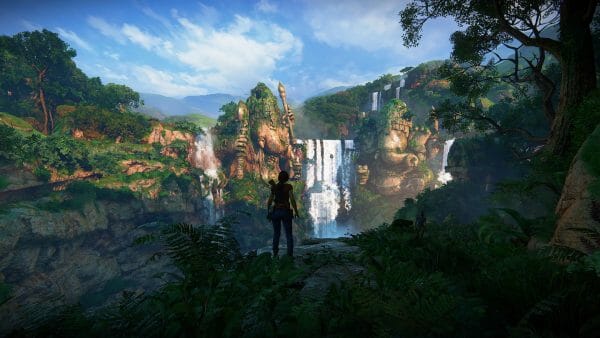 We’ve put together a list of some of the best platformer game tutorials currently available online in order to help you on your way to becoming a platformer expert. These tutorials provide detailed instructions on every stage of creating a platformer, from player movement and level design to more complex systems like enemies and powerups.

The majority of these tutorials are designed specifically for beginners, so even if you don’t have much prior experience with platformers or game development in general, don’t worry – you should be able to easily follow along with these accessible tutorials!

If you’re a beginner game dev with some knowledge of Unity and C# looking for your very first game project to get sucked into, this tutorial from Zenva Academy is the ideal starting point. The Create Your First 2D Game In Unity tutorial helps you to build a 2D platformer to add your first completed project to your soon-to-be-growing portfolio.

It covers everything you’ll need to learn to start making platformer games including player character setup, collectibles, enemies, level design and more. The tutorial is laid out as a series of videos giving step-by-step instructions for implementing the key elements of a platformer, so it’s extremely easy for beginners to follow along with.

By taking on your first proper game project, you’ll also learn a variety of transferable game design skills that will be essential in taking on future projects regardless of genre.

Another great place to start if you’d like to build your first 2D platformer game is the Build a 2D Platformer Game in Unity tutorial series from Coding in Flow. This series of video tutorials shows you how to code a simple 2D platformer from the ground up in Unity, complete with collectibles, obstacles, moving platforms and more.

Since it’s designed for absolute beginners with no prior programming experience, it’s extremely easy to follow the instructions and build your first platformer in Unity. Along the way, you’ll pick up some core skills for coding in C# and working with Unity, which will help you to tackle more complex projects in the future.

Duration: Around 4 hours, 30 minutes of video tutorials covering each step of creating a platformer in Unity.

If you’re more interested in working in 3D game environments than 2D ones, then this alternative Zenva course is a great option for creating your first 3D platformer and learning some foundational 3D game design skills.

Similar to the 2D platformer course, the Create Your First 3D Game In Unity tutorial provides you with a series of videos containing step-by-step instructions for building your own 3D platformer from the ground up. You’ll learn how to set up a player character, create a series of levels, program enemies, and more.

As with the 2D tutorial, the process of creating your first 3D platformer will help you to learn some essential game design, C# and Unity skills that will be highly useful in any future project. All you need to get started is a basic knowledge of Unity and C# – the tutorial’s detailed instructions will guide you through the rest.

Another option for aspiring game developers who are more interested in 3D games than 2D ones is the “Unity 3D Platformer – Learn To Make A 3D Action Platformer!” series from gamesplusjames. It’s a perfect place to start for Unity beginners, and even includes an introductory session looking at some of the very basics of working with 3D environments in Unity for those who haven’t used the platform before.

The series covers everything you’ll need to know to craft a 3D action platformer of your own, including player movement, camera controls, collectible items, power-up effects, knockback and more. By the end of the series you’ll be able to create your own 3D platformer in Unity and use the skills you’ve picked up to work on a variety of 3D Unity projects in the future.

If you’ve built a few platformers already and you’re looking for a new challenge to expand your skillset, then the VR Projects – Third-Person Platformer Game tutorial is an excellent next step. The tutorial teaches you how to adapt an existing 3D platformer into VR using Unity, providing you with an opportunity to move into an exciting new game environment.

This involves a number of challenges like modifying game screens to make them suitable for VR and re-mapping buttons in an external gamepad. By the end of the tutorial, you’ll have successfully adapted a 3D platformer into a VR game, expanding your portfolio with an exciting and interesting new project .

You’ll need some familiarity with Unity, C# and the Unity VR Standard Assets package before taking on the tutorial, but as long as you have this existing knowledge, the detailed instructions will make it simple to follow along and complete your first VR project.

Duration: Roughly 50 minutes of video tutorials laying out each stage of adapting your 3D platformer for VR.

If Unity isn’t your engine of choice, there are still plenty of other platformer tutorials out there for alternative game engines. For example, if you’re more familiar with the open-source, indie-focused Godot engine, then you could try the Godot 3 2D Platform Game series from HeartBeast.

This tutorial miniseries is an ideal starting point for aspiring devs who have some familiarity with Godot and want to make their first real project with it. The series covers a variety of essential platformer development topics like tiles and sprites, character movement, level transitions and more.

It also includes a segment in the introduction that shows you exactly how to set up the project, so if you’re still finding your feet with Godot, this is a very accessible entry point regardless of your prior experience.

Duration: About 2 hours, 15 minutes of video tutorials on different stages of creating a 2D platformer with Godot.

If you have slightly more experience with game development and you want to take on a project that introduces additional game elements to increase the challenge, then why not give Develop A Puzzle Platformer Game a try?

This tutorial is another Unity-based project that tasks you with creating a simple platformer, then adding new elements like keys, locked doors and more varied obstacles to introduce some light puzzling to the mix.

It’s a great way to further practice your platformer development skills while also learning new gameplay mechanics and exploring how platformers can be blended with other genres for more varied gameplay experiences.

It’s recommended that you have intermediate C# skills and some familiarity with Unity if you take on this tutorial, so it’s aimed at slightly more experienced coders rather than absolute beginners. However, the detailed instructions in each stage of the tutorial make it super easy to follow along, making it a very accessible course despite the slightly higher entry requirements.

Duration: Roughly 2 hours, 20 minutes of video tutorials split across the various elements of the puzzle-platformer project.

Given both the simplicity and the iconic status of the platformer genre, it provides a natural starting point for anyone looking to use their coding skills to move into game development. Using the tutorials above, you’ll be able to gain all the skills and knowledge you need to quickly start making platformers of your own, making your own mark on this iconic genre and expanding your portfolio at the same time!

Of course, there is a lot more to the platformer genre, as you can even incorporate action gameplay as a core feature. So don’t stop exploring your options, and we can’t wait to see the games you make.