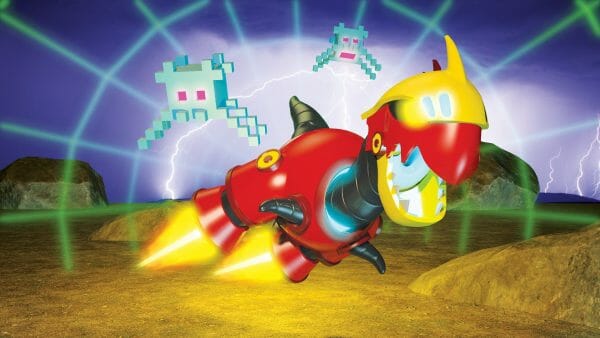 Nowadays there’s a huge variety of racing games out there, dating back to the first Mario Kart and coming all the way to the modern ones we have today, such as Need For Speed, Forza Motorsport, Forza Horizon, Gran Turismo, and many others. As racing games are classic, they can be very nostalgic for those who grew up playing their disparate genres, in particular arcade, kart, and simulation.

The coolest thing about coding racing games is that they are easy to start with, not to mention that we have various famous engines to suit the needs of all different levels of the required programming for such a task. That being the case, we can have a basic 2D racing game ready in about an hour and a multiplayer more advanced version in a day. So, let us now take a look at the best racing game tutorials you can follow to get you easily into coding your own games with the Unity, Unreal, Roblox, and Godot engines.

How to Make a Driving/Racing Game in Unity

This tutorial from Jimmy Vegas teaches you how to create a driving and racing game from scratch with Unity, a very popular and powerful cross-platform engine for the creation of 2D and 3D games. Here, you’ll learn how to implement a car selection screen in order to be able to customize your car, along with the development of interesting features such as a minimap, lap count and timer, cutscenes and music, unlockables, plus a cash system. You can also choose the track you want to race in, as well as have different game modes you can play.

Access now: How to Make a Driving/Racing Game in Unity

This Unity tutorial by Zenva Academy walks you through the creation of an arcade kart racing game in a style similar to Mario Kart, where players race around a track both on keyboard and controller until they complete a few laps within the specified window of time. The instructor uses Unity’s Input System to create a split-screen multiplayer game mode that you can play with your friends.

With this tutorial series by Pretty Fly Games, you’ll see how to apply the physics needed for a top-down 2D racing game, including how to implement smooth movement and drift to your car. The instructor also goes over how to apply different controller inputs to each car making local multiplayer available for the game. In addition, you’ll learn how to alter the user interface to have touch input implemented for your mobile devices as well.

In this tutorial by Stevie ROF, you’ll build a top-down racing game in Unity where you complete laps by controlling your car with the mouse cursor. Stevie explains the logic behind how to make the car drift around the custom racetrack by going over each step he’s taking with you as he’s coding.

In this Unity tutorial series from pablos lab, you’ll go over customizing and adding collision to a 3D model car to make it drift and speed on the racetrack. The presenter will teach you how to add a screen for the car selection, how to implement an AI controller for the car, show the speedometer for your car, include animations and effects such as the drifting smoke, and much more.

This series from Imphenzia covers the creation of a low poly racing game with Unity that uses Blender for the modeling of the racetrack and objects of the game scene. Blender is a free and open-source graphics software used for designing animations, artworks, and 3D models.

You’ll be guided through the whole process of the game’s racetrack and visual elements making, the exporting of the models from Blender to be imported into Unity, along with all the scripting needed for the colliders’ logic, wheels, steering, checkpoints, lap system, and even best and last time tracking.

In this tutorial series, Unreal Joe presents his way of designing a car game with Unreal Engine in a very easy-to-understand manner. Unreal Engine is used by many AAA game companies and also by indie developers, being a real-time 3D creation platform with photorealistic rendering and lifelike animations. Joe goes through the creation of the racetrack and landscape to menu implementation, level selection, and vehicle speedometer and sound in this quick yet very focused series.

Here, Sir_Fansi Gamedev walks you through a simple project using Unreal Engine to have a racing game running on your mobile device. The instructor creates all the necessary blueprints, respawning function for the car when it gets stuck, and a checkpoint system. Moreover, he goes over the implementation of the AI logic for the other cars in the game too while continuously testing that everything still works.

In this tutorial, you’ll follow Marco Ghislanzoni as he creates a kinematic car from scratch in Unreal Engine 5. He shows all the mechanics and physics you’re going to need to have a fully drivable car, testing it with you along the way. He also includes in-car camera view as well as the steering wheel animation for a more dynamic game experience.

How to Make a Roblox Racing Game

Although older, this video series from Roblox gets us through the basics of building the car and racetrack in Roblox Studio, movement scripting, car respawning, the implementation of checkpoints along the game track, and ultimately the game loop logic with the Lua programming language.

Access now: How to Make a Roblox Racing Game

Create Your Own Racing Game – Roblox

In this tutorial from AstrophsicaDev, the instructor shows how you can use a racing kit he made himself inside Roblox to make your own racing game by adding your own touch to the scenery and making your customized version of the game. He gives you all the instructions on how to arrange the commands for the lights and barriers spread throughout the track so you can choose your own setup.

Finally, we have this tutorial from KidsCanCode that uses a rigid body sphere as the basis for what will become the car object of the game, demonstrating a very simple way of implementing a 3D arcade-style car game in Godot. Godot is a free 2D and 3D, cross-platform, and open-source game engine. In this video, the instructor shows how to configure the invisible sphere that is being used as the car so that it steers, takes the turns, and goes up ramps as expected.

If you’re interested in making your own games in Unity and getting to know it in depth, Zenva Academy has a Mini-Degree specifically focused on game development with Unity. Created by Unity certified developers, you’ll be creating games of the most varied genres, varying from first-person shooter to RPG, through a curriculum that counts on 25 different projects for you to hone your game designing skills using this widely known game engine.

This video tracks the development of a kart racing game made with Roblox by Fluffmiceter based on the Mario Kart idea of throwing objects to the other karts, having to jump over obstacles or contour them, taking speed boosts, spinning around, etc. You can see the new features being added over time as well as the progress made with the camera controls, car movement, drifting, and animation effects. You can also spot some game testing too. This log is great for showing the whole evolution and making off of the scenery and the game physics and logic with each new version of the game.

I Made a Racing Game in 3 Days – Unreal Engine

This video from Fat Dino presents to you his journey of making a racing game in 3 days with Unreal Engine 4. He starts by modeling a simple car object then adding wheels to it, making the car move, then steering the wheels correctly by fixing them to the car with bolts.

The presenter will take you through his personalized car game design with the possibility of using weapons to target the other cars in the game and explode them. He also implements some AI for these other cars, allows car bumps, designs a nice island map for the scenery, and even creates a basic starting menu plus a car selection screen for the game. At last, he plays it with lap count and background music to a really satisfying feel of the final version of his racing game.

Access now: I Made a Racing Game in 3 Days – Unreal Engine

With all that, you have plenty of resources to draw ideas from and get inspired by to start a racing game of your own! We hope you have enjoyed reading this article and that you have learned a lot from it.

There’s a myriad of options available in terms of game engines and styles that you can adhere to. It’s up to you to choose whichever suits you better or try different things until you find the one you like the most. In the end, regardless of your choice, what you can look forward to is having fun implementing it your way!