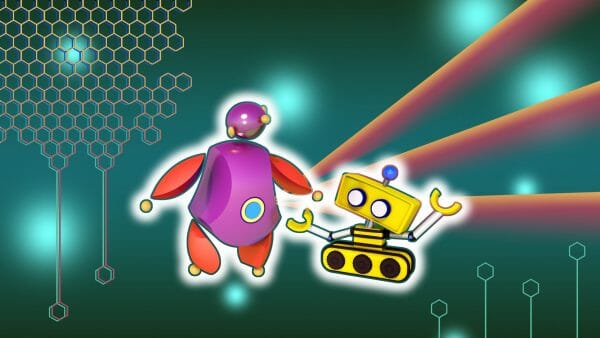 Are you looking for a career in game development?

Well, the video game industry is looking to hire. Whether you’re a programmer, artist, writer, marketer, or gamer, you can find work in the industry. Video game companies are constantly springing up, and new game projects are hiring talented individuals to bring them to life. Truly, there are many options for pursuing a game development career. However, that also means there are MANY options – so which video game companies should you know about?

In this article, we’re going to be looking at some of the biggest video game companies, their history, and what they’ve done (i.e. their top games). Some of them you’ve probably heard of, others may be a bit more obscure. In any case, these companies are ones you should at least know about if you’re seriously looking to start your game development career. With that said, let’s jump right in.

Founded in 1991 by Tim Sweeny, Epic Games is a well-recognized AAA game development company. Originally named “Potomac Computer Systems,” its name was changed to “Epic MegaGames” in 1991 with the release of their first MS-DOS game, “ZZT.” Since 1991, Epic Games has gone on to produce 60 other video game titles with some of their most recognizable being Gears of War and Fortnite. Epic Games is also known in the developing community as the creators of the Unreal Engine, a powerful, publicly-available game engine. They are also a parent company to Chair Entertainment, Psyonix, and Mediatonic – game development companies responsible for other titles like Rocket League and Infinity Blade. 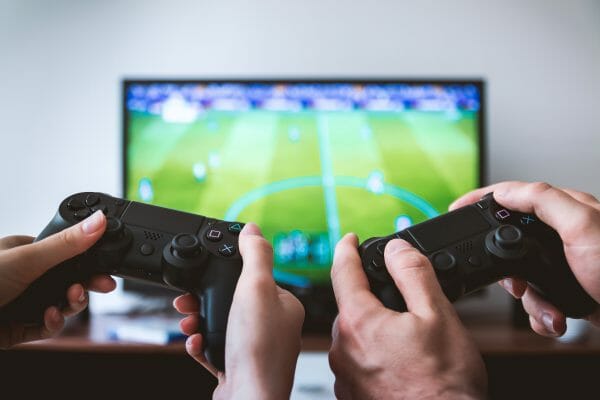 Riot Games has a prominent position not only in the game development industry but also in adjacent fields such as esports. Founded in 2006 by Brandon Beck and Marc Merill, the very first game produced by the company was League of Legends for PC and Mac. After the release of League of Legends in 2009, Riot Games opted to develop and monetize the game instead of starting a brand new project. This continued development included setting up an esports league for League of Legends. In 2011, Riot Games was bought by Tencent Holdings Ltd. Between 2013 and 2016, League of Legends was the most-played PC multiplayer game in the world with monthly player counts reaching 100 million.

Nintendo is the oldest video game company in existence. In 1889, Fusajiro Yamauchi founded Nintendo Karuta, a company that produced playing cards. Nintendo was also one of the earliest developers of the video game console. Their first console, titled “The Color-TV,” was released in 1977. Nintendo weathered a recession in the video game industry during the 1980s with the release of the iconic games The Super Mario Brothers and Legend of Zelda. A new console was released during that time as well, the Nintendo Entertainment System. The console put out by this Japanese company has gone through several evolutions resulting in the Nintendo Switch of recent times. 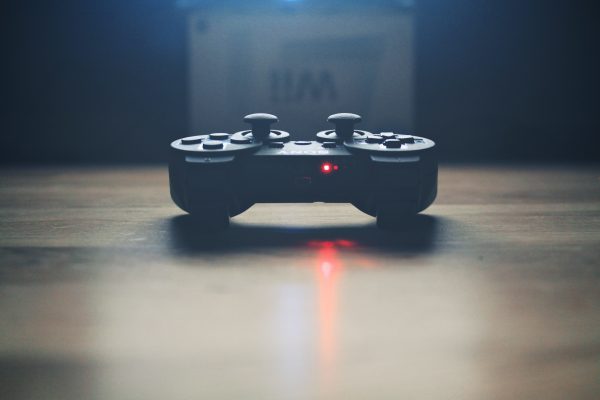 Konami was founded in 1969 by Kagemasa Kōzuki, but it wasn’t until 1978 that they stepped into the video game business. From 1978 to 1991, Konami produced arcade games such as Frogger and Metal Gear. They also published games on the Nintendo Entertainment System and home computers during that time. In 1991, their name was changed from Konami Industry Co. to simply Konami Co. Ltd. In the subsequent decade, Konami grew, expanding into the newly released Playstation and into card games with the release of their Yu-Gi-Oh! collectible cards. In recent times, Konami is the name of the corporate conglomerate with their video game division being called “Konami Digital Entertainment.”

Sega Enterprises was formed in 1965. A photo booth company called Rosen Enterprises was acquired by Nihon Goraku Bussan in 1965 who changed the company’s name to Sega Enterprises. After the name change, the company began exclusively selling arcade games like pinball machines or arcade shooters. In 1983, Sega released their first console called the SG-1000. The console did well in its first few years but ultimately didn’t become as popular as what Sega is known for today: their successful games. Sonic the Hedgehog was a character and a video game released in 1991 that was originally developed to showcase Sega’s new console called the Genesis. Sega’s success in the video game industry is typified by Sonic the Hedgehog, one of the best-selling video game franchises of all time. 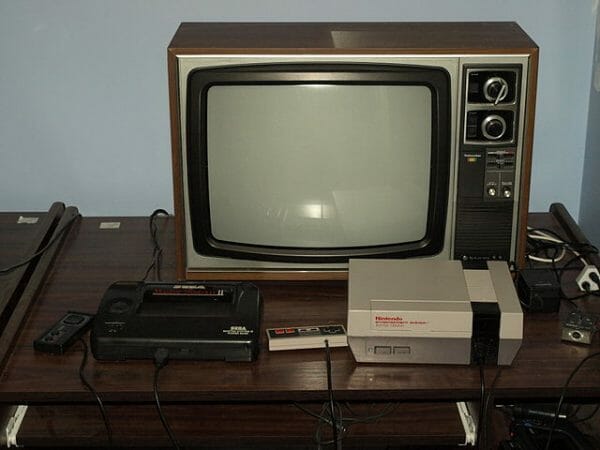 Which came first, Valve as a video game publisher or Valve as a video game developer? The answer is Valve as a video game developer but they both occur very near to each other. In 1996, Valve Corporation was founded in Kirkland, Washington by two former Microsoft employees, Gabe Newell and Mike Harrington. Two years later, Valve would release their first game called Half-Life. Five years later, Valve would release the publishing platform Steam with a sequel to the first Half-Life game being released a year later. They are now a multi-billion dollar publishing and development company with several hit releases like Counter-Strike and Team Fortress. 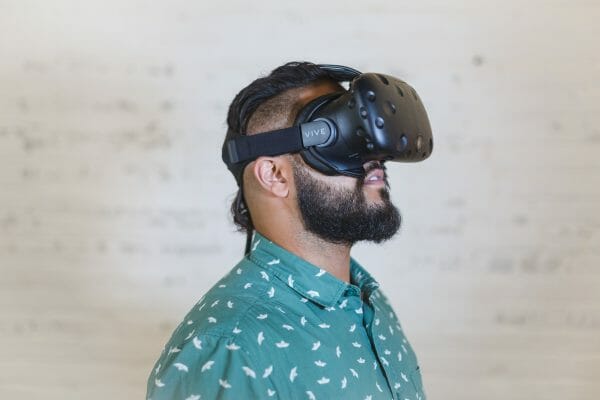 Halfbrick Studios was founded in 2001 and focused almost exclusively on making licensed games for consoles and mobile devices. Their early work was often video game adaptations of TV series produced for companies like Nickelodeon. Halfbrick is mostly known for their wildly popular mobile games like Jet Pack Joyride and Fruit Ninja released in the early 2010s. Those two franchises were further developed by Halfbrick to include support for consoles and virtual reality. Even with several hit titles under their belt, Halfbrick is considered an indie company employing between 50-200 people.

The origin of the company Square Enix centers around a merger in 2003 between the two Japanese companies “Square” and “Enix.” Square was founded in 1983 as a software division of a Japanese power line construction company. In 1987, Square published what would become their most popular role-playing game called Final Fantasy. Enix was founded in 1975 and was focused on both developing and publishing games for the consoles at the time. Enix was responsible for publishing the wildly popular Dragon Quest series, presenting Enix and Square as prominent competitors. In 2003, both companies announced the merger which brought several popular game titles together under one company.

Coffee Stain Studios is one of the more recent companies on this list. It was founded by students at the University of Skövde in 2010. Coffee Stain Studios published their first game, I Love Strawberries, that same year on the Apple App Store. They found early success by winning a modding competition put on by Epic Games. Their mod, called Sanctum, combined the genres of “tower defense game” and “first-person shooter.” It was released as a standalone game in 2011.

The game that rocketed the company into the spotlight and turned it into a successful video game brand was Goat Simulator, released in 2014 and generating over 10 million dollars worth of revenue by the end of 2016. In addition to Goat Simulator, Coffee Stain Studios published Satisfactory, a simulation game released near the beginning of 2019. Satisfactory garnered half a million users in its first three months of release, passing one million within a year. 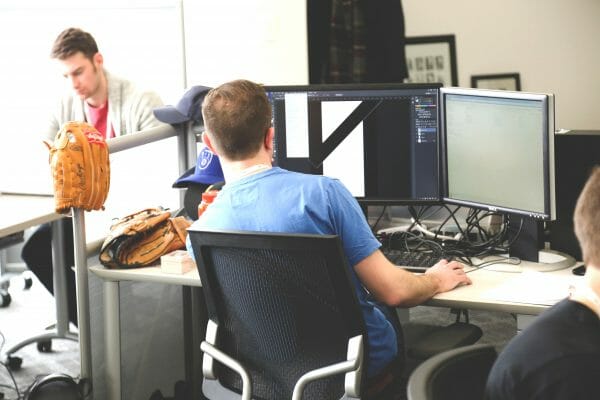 Not all game development companies need to be focused on publishing to every game platform in existence. Founded in 2011, Noodlecake Studios found a niche in the mobile game arena. Their first game, Super Stickman Golf, was also published in 2011 and has over five million downloads on the Google Play Store. Several of their games gained editor’s recommendations on the Apple App Store. In addition to being a developer, Noodlecake is also an indie publisher. Some of the games published by Noodlecake include Alto’s Odyssey, Chameleon Run, and Getting Over It With Benny Foddy – all three of which were top of the charts in both Google Play and Apple App Store. 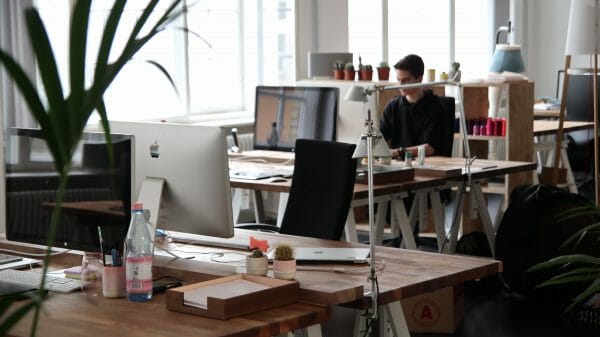 Andy Gavin and Jason Rubin created Naughty Dog in 1989. At the time, Gavin and Rubin had been working together as game developers for JAM Software (a company they founded in 1984) and decided to change the name to “Naughty Dog.” The release of their 1994 game Way of the Warrior prompted Universal Interactive Studios to sign a deal with Naughty Dog that would result in the 1996 release of the game Crash Bandicoot. The game was so successful that three more Crash Bandicoot games were eventually developed. During the 2000s, Naughty Dog continued to grow its game library with prominent titles like Uncharted and The Last of Us. Naughty Dog’s games have received critical acclaim with the studio even being named “Studio of the Year” in 2013 by VGX for their gaming world accomplishments. 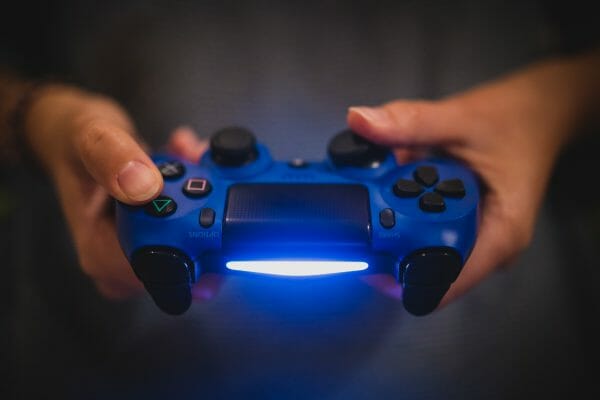 Markus “Notch” Persson founded the company “Mojang Specifications” in 2009. The first game put out by Mojang was Minecraft and it came out that same year. In a little over two years, Minecraft’s popularity skyrocketed to over 10 million registered accounts. The rest of Minecraft’s history is fairly well known with the game becoming the best-selling video game of all time in 2019, reaching a total of 238 million accounts created. In 2014, Mojang was bought by Microsoft but still maintained its headquarters in Sweden. After the acquisition, Persson stepped down as Mojang’s CEO and Jens Bergensten took the role that year. In addition to continuing development of Minecraft, Mojang also put out a few more games. Their game Crown and Council is a turn-based strategy game and was released in 2016. Originally called Scrolls, Mojang also released Caller’s Bane, a strategy card game, in 2018.

Bobby Kotik became CEO of a company called “Mediatonic” in 1990. The following year, he changed the company’s name from “Mediatonic” to “Activision.” During the decade, Activision began acquiring several development studios and their associated video games. The biggest acquisition deal Activision made was actually a merger deal in 2008 between Activision and the French company Vivendi Games. Vivendi Games was the parent company of “Blizzard Entertainment” and, following the merger deal, the company was renamed “Activision Blizzard.” At the time, Activision had published hundreds of video games including the Call of Duty franchise. Following the deal, Activision Blizzard became the 5th largest video game producer in the world publishing AAA games such as Overwatch and Destiny 2.

We’ve covered a lot of video game companies here, but this is by no means an exhaustive list. There are many more video game companies throughout the world of various sizes and work cultures, so we definitely recommend putting in your research before applying anywhere. This is especially the case if you’re looking for non-American companies in places like the European video game market or are looking for video game publishers (such as Electronic Arts or Sony Computer Entertainment). Maybe you want something closer to home, or maybe you’re looking for a startup to help grow with a small team. Maybe you even want to consider starting your own company someday and take the gaming industry by storm.

Regardless, this is just one step in the game development career. We recommend also checking out our game developer career guide, upskilling in things like coding with sites like Zenva, as well as setting up a portfolio to showcase your work. You may also want to learn about the differences between handheld games, mobile platforms, console games, online games, and so forth, as this is actually an area that can lead to specialization that changes what companies you should even care about.

Starting a career takes work, so we wish you the best of luck with your future game dev careers – no matter which video game company you wind up working for.