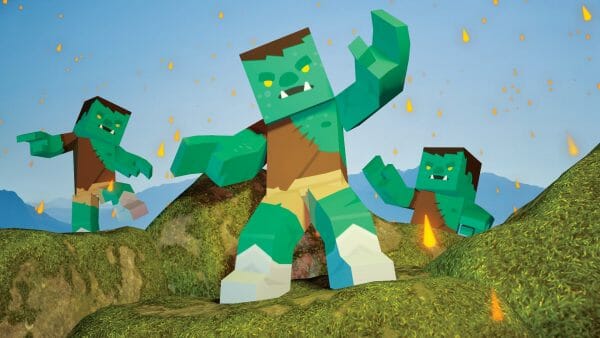 Tower defense games are one of the most popular subgenres of strategy gaming, tasking players with repelling waves of enemies by placing weapons and defensive units around a maze-like map. They offer a fun challenge with plenty of replayability thanks to the variety of different playstyles and strategies that players can deploy.

As such, we’ve compiled a list of some of the best tower defense tutorials currently available online. By following these tutorials, you’ll be well on your way to crafting imaginative and challenging tower defense games for players to enjoy playing again and again!

Why Learn To Create A Tower Defense Game?

Tower defense games offer a fun challenge for both players and developers. Players have to work out the optimal strategy for holding back enemies, and developers have to design genuinely challenging levels without making the game unfair.

Tower defense games are therefore an excellent genre for testing your level design and game balancing skills as a developer. Make a map too easy, and your players won’t be impressed by the lack of challenge – but make it unreasonably hard and they’ll simply give up instead of trying to find the right strategy.

Learning to find the ideal middle ground between these extremes is a key test of your skills as a game developer, and tower defense games give you a great opportunity to master this art. 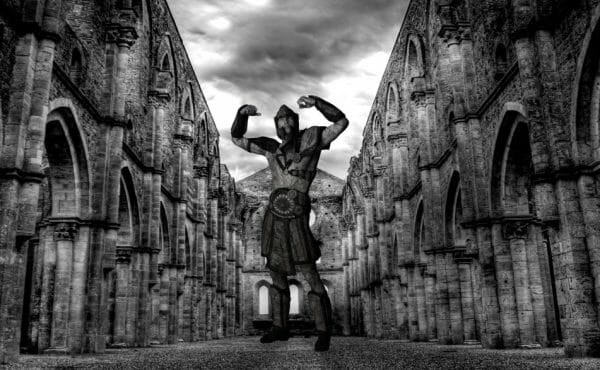 Tower defense games also give you the chance to practice with various different game mechanics like enemy design, currency systems, technology trees, and more. You can also blend in elements of other genres like RPGs to give your tower defense game a fun twist. As such, tower defense games are an adaptable and rewardable genre for learning new skills and practicing your existing ones.

To help you on your way to creating your first tower defense game, we’ve put together a list of some of the best online tutorials for learning essential skills and mechanics in the tower defense genre. Most of these tutorials are designed to be accessible even for those with limited experience in coding and game development, so if you’re only just getting started making games, don’t worry – you’ll quickly find your feet with these tutorials!

There’s also plenty to learn here for more experienced game developers, so whatever your skill level, you’re sure to find a tutorial that works for you from the selection below.

If you’re new to the tower defense genre and need a comprehensive introduction to the essential skills and mechanics you need to make your own tower defense game, this tutorial from Zenva Academy has you covered. The Create A Tower Defense Game tutorial provides a detailed guide to creating your first tower defense game in Unity.

Through this tutorial, you’ll learn various core mechanics of the genre such as tower placement, enemy wave spawning, currency systems, and more. You’ll also master some fundamental programming skills for the Unity engine such as scriptable objects and game managers.

All you’ll need to get started is a basic understanding of Unity and C#, so it’s a perfect place to start even if you’re only just beginning your game development journey. It’s not just for beginners, though – more experienced coders will have the opportunity to practice their existing skills, learn new ones and add an impressive new project to their portfolio.

Duration: Just under 3 hours of video tutorials guiding you through the whole process of creating your first tower defense game.

How To Make A Tower Defense Game

Another option for aspiring game developers looking to make their first tower defense game in Unity is the How to make a Tower Defense Game series from Brackeys. This series explores how to use Unity to create a 3D tower defense game.

These tutorials will walk you through the entire process of creating your first 3D tower defense game in Unity, from the initial setup of the project to core tower defense mechanics like tower placement, enemy wave spawns, upgrades, and more. The series is split into 28 separate tutorials, each covering a different gameplay element, so even if you’re just looking to learn specific mechanics then it’s easy to jump in and out wherever you please.

Duration: A longer series lasting roughly 10 hours, 35 minutes – although you can jump between episodes if you only want to learn specific mechanics.

Tower defense games aren’t just about placing towers and leaving them be – most games in the genre also offer the opportunity to upgrade them with new abilities as you progress through each level. Tower upgrades and other unlockable abilities help to add another layer of depth and complexity to your game, giving players more options in how they’ll approach things.

Throughout the tutorial, you’ll learn to implement an upgrade system with distinct prerequisites and costs for each new upgrade. You’ll also learn to construct a UI system for your upgrades that can also be applied to other projects. The best part is that you’ll only need a basic familiarity with C# and Unity to get started, making it a rewarding course for beginners as well as more experienced devs.

Duration: Roughly 2 hours, 45 minutes of video tutorials explaining the process of creating a technology tree for your tower defense game.

Unity isn’t the only engine you can use to create tower defense games – there are plenty of other options such as Godot, an open-source platform designed with indie developers in mind. If you’re interested in creating a tower defense game with Godot rather than Unity, then the Tower Defense in Godot series from the Game Development Center is a great place to start.

This tutorial series provides detailed instructions for creating a tower defense game using Godot, providing guides for everything from the initial project setup to adding finishing touches like muzzle flashes and impact animations.

By following this tutorial, you’ll learn various essential skills like map creation, tower scripting, enemy spawning, and more. By the end, you’ll have created a fun and challenging tower defense game to add to your portfolio, and you’ll have the necessary skills to create more complex and innovative tower defense games with Godot in the future.

Duration: Just under 4 hours of video tutorials exploring different stages of setting up a tower defense game in Godot.

If you’re looking for a slightly shorter tutorial that still covers everything you need to know to start making tower defense games, then quill18creates has you covered with the 1 Hour Programming: A Tower Defense game in Unity 3D tutorial.

The tutorial is designed to help you quickly build out the shell of a 3D tower defense game which you can then further develop and build out with your own ideas. The complete project’s files are all freely available to download, making it even easier to follow the tutorial at each step and build the project yourself.

Since it’s a shorter and more fast-paced tutorial, it might be easier for slightly more experienced coders to follow than for absolute beginners. However, it’s definitely worth trying out, as it’s a quick way to learn the basics of the genre and build a basic tower defense game that you can then flesh out and add to your portfolio.

Duration: Roughly 1 hour, 15 minutes, with the bulk of the tutorial carried out as real-time coding in just one hour.

One way to make your tower defense games stand out from the crowd and add endless replayability is to implement randomized maps that change each time the game is played. If you’d like to add a random map option to your tower defense game, then the 2D Procedural Maps For Beginners tutorial will be perfect for you.

You’ll need to have some prior experience with C# and Unity to get the most out of this tutorial, but the step-by-step format makes it highly accessible and simple to follow.

By following the Roblox Tower Defense Tutorial series, you’ll learn various core elements of the tower defense genre, such as path navigation, wave-based enemy spawns, tower placement, and more. If you’ve used Roblox to create games before, then this is an ideal series for learning more about the underlying mechanics that make tower defense games work.

Tower defense games are a staple of the strategy genre, and making your own is a great place to start if you’re looking to master essential strategy mechanics. Their relative simplicity also makes them an ideal project for those just getting started with game design; you’ll quickly learn and master various key skills that will help you tackle a variety of other projects and genres in the future.

Using the tutorials above, you’ll be able to add some simple tower defense games to your portfolio and begin fleshing them out with new features to enhance their gameplay potential. Before long, you’ll be a tower defense master! Of course, there are plenty of tutorials out there, so don’t be afraid to continue exploring this fascinating genre.