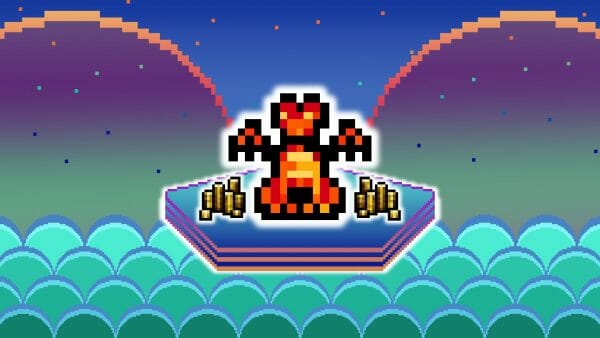 When was the last time you played a game that was completely silent by design?

From ambient background music, UI SFX, or even the sound of footfalls, sound plays an important role in game development. Sounds not only increase the atmosphere of the general game experience, but can also add necessary feedback to player interaction with the game mechanics. Some games have even made sounds a core component of the gameplay. So, all around, while we could technically play games without sound, they can be equally important depending on the sort of game you want to make.

This article will explore this topic and feature the best Unity audio tutorials available. These tutorials will be aimed at getting you up in running with audio in Unity, both in terms of engine available tools and C# scripting. We’ll also explore some less obvious features that you might find helpful with adding some extra “oomph” to your game project.

Let’s dive in, and learn about audio!

Starting with a premium resource, this course by Zenva is the total package when it comes to audio, as it covers a little bit of everything.

Of course, the tutorial starts of easy showing you how to add and play audio within the Unity engine – whether via component or script. As you explore these concepts, though, you’ll also learn how to perform certain different audio effects. This includes having specific areas for background music, adding SFX, or even doing something as complicated as the doppler effect.

As a bonus, the course also shows you how to make a simple volume control menu. This includes both splitting sounds into different channels, and making a UI. So, if you want to learn a little bit of everything at once, this is a fantastic place to start.

Introduction to AUDIO in Unity

For developers who have never touched audio as part of Unity, this tutorial by Brackeys is a great starting point.

The tutorial goes over the basics of really just playing audio. However, it does this in a few interesting ways. To start, it covers some of the settings available in the audio components, particularly looping music so you can get a background music effect. It also covers a lot of scripting, from just playing sounds from a C# script, to setting up an audio manager to control when and how sounds are played (though in a beginner-friendly way).

As a bonus, the video also covers the concept of how to handle sounds when switching scenes, which is perfect for dealing with background music for any game.

Aren’t keen on C# coding yet? Well, this tutorial by Erika Verkaaik will help you skip that.

Focusing on Unity’s audio-related components, this tutorial will show you how to set up a scene with background music and SFX for a fire that can be triggered on or off with a simple button. As stated, none of this will require you to code at all, and relies solely on built-in tools offered by Unity. Thus, if you want something quick and dirty, this tutorial will show you how.

In light of that, though, we do want to mention this tutorial is also good for exploring the concept of audio sources in 3D space. This will be very important as you develop more kinds of games, and is also a good bonus to pick up here.

This tutorial by SpeedTutor is another great beginner’s level tutorial for those just getting started with audio in Unity.

Of course, it covers all the basics you would expect: how to handle Unity’s audio components, how to play audio from a script with triggers, dealing with audio sources in a scene, and even playing around a bit with the audio mixers Unity offers.

Where this tutorial really stands out is its practical approach. Rather than using a menu or featureless level for testing audio, you’ll see everything showcased with a scene that looks completely polished for a finished game. Thus, you’ll learn both how to work with your audio and a bit about the practical design implications for using it in actual game projects.

In this tutorial by Code Monkey, you’ll learn some robust C# scripting skills for making a sound manager capable of handling all your in-game SFX.

While there are many different ways for handling audio in Unity, in some cases you may want a static manager to handle every instance you need to play a sound – no matter what that sound is. This can be very efficient in many cases, especially if you later want to add things like volume controls that effect all your sounds at once.

This tutorial will show you how to do just that so you can add sounds like footsteps, sword slashes, UI interaction, and more as players interact through their character. This, of course, will be played with a single sound manager, making sure that no matter what your character does, the appropriate SFX always plays.

Manage your sound in Unity – Tutorial

Giving players agency to control the audio’s volume is a key setting expected in most polished games, and this tutorial by Tarodev will help you set that up.

The focus of this tutorial is building a menu that can theoretically be accessed from anywhere in the game. This menu will contain UI elements that allow players to mute the background music, mute the effects, or change the volume of the sounds in general.

Of course, as part of building this menu, you’ll learn how to access the necessary Unity audio tools that allow you to adjust these settings. You’ll also build this sound manager in a way that, as implied above, allows you to effect all sounds in your game. This means it will work across multiple scenes, so you don’t have to fear having many levels as part of your game’s design.

What if you want a volume controller like the tutorial above, but want to do things like separate the volumes for music and SFX?

This tutorial by Ricky Dev covers – as stripped down as possible – creating both a menu and sound manager setup that splits audio for music and SFX. The effect is achieved by learning how to use the audio mixers and assigning your sounds to specific audio groups. These groups then allow you to control the volume for specific sets of sounds, allowing you to create dynamic volume controls.

To boot, this tutorial also makes this process very modular. So, for example, if you also had character voice over and wanted to split that into its own group, this setup makes that very easy to do!

If you’re looking for something a bit slower paced when it comes to setting up volume control menus, this tutorial by Kap Koder is a good one to check.

Like others on this list, this tutorial covers everything you need to set up a volume control menu where the music and SFX are separately controlled. This includes separating things with the Audio Mixer, setting up the UI sliders, persisting the audio settings between scenes, and so forth.

However, this tutorial does take a bit more time to explain things as the menu is developed – particularly with some of the C# coding elements and why certain choices are made. Thus, if you’re a bit less experienced, this slower pace may be the better match for this particular aspect of Unity audio.

How to Fade Between Audio Tracks

For those who want to create a smoother audio experience, this tutorial by Comp-3 Interactive will teach you the coveted fade-in, fade-out effect.

Particularly when you have ambient sounds or background music, there may come a time when you need to switch the tracks you’re using (as exampled in this tutorial, walking outside from inside). With fade-in and fade-out tricks, you can make sure this switch isn’t jarring, and helps maintain the ambient atmosphere that you may want for your game.

Using primarily C# scripting, this tutorial will show you how to combine volume, loops, and coroutines that allow you to create this fading audio effect. This will be set up to work with any sort of audio as well, so can be applied to many different cases.

How to Seamlessly playing music between multiple scenes

In this tutorial by CatoDevs – Unity & R Tutorials, you’ll learn how to carry music over from scene to scene.

Scenes in Unity can be fairly isolated from each other. In general, they’re designed to refresh the entire collection of objects available and be almost like a fresh game. While this is perfectly fine in a lot of cases, it can be a pain for audio. After all, what do you do if your scenes need to have a continuous music track?

This short tutorial helps overcome this problem by showing you how to set up a singleton for your audio with the express purpose of bringing music from one scene to the next. Not only does this work in a way that the track doesn’t restart, but you can maintain a consistent volume with a matching UI.

Audio Track | Getting Started with Timeline

A unique entry on this list, this tutorial by Omar Balfaqih will show you how audio works with the Unity Timeline.

When it comes to composing animations, particularly cutscenes, the Unity Timeline is the go to tool. This tool lets you add various animations, sounds, and cameras to a track. Via this track, you can then arrange these elements to compose your cutscene, choosing the appropriate timings for everything to play.

Using a prebuilt, animated scene as an example, this tutorial will show you specifically how to work with audio. This includes how to adjust placement on the Timeline, how to edit the audio to fit what you need, and even how to deal with your audio sources as it relates to this specific game development task.

In this tutorial by Thousand Ant, you can learn to unlock the full power of the Unity Audio Mixer.

Previous entries on this list have focused more so on using the Audio Mixer for volume control. However, the Audio Mixer can also be used as a powerful tool to mix the audio in general for different effects – which can lead to some amazing game atmosphere.

The tutorial in particular shows you how by setting up different groups, and using send and receive signals, you can change the default sound your audio plays. This includes adding things like reverbs, delays, and so forth, all of which can change the game feel of your project. The tutorial also briefly covers how to script a simple random music player, giving you another fantastic tool to add to your audio arsenal.

This brings us to the end of our list of best Unity audio tutorials! While adding sound is simple enough, there are a lot of aspects to consider. There are tons of audio effects you’re able to achieve, loads of ways to handle your audio, and even performance considerations to contend with. However, with the tools we’ve presented, we hope we’ve given you a good basis from which to explore adding audio to your game projects.

That being said, we encourage you to dive into even more topics, as audio is as creative as it is technical when it comes to game development. You may also want to learn about topics related to sound design and how these affect your game feel. Regardless, though, we wish you the best of luck, and we can’t wait to “hear” what games you come up with.