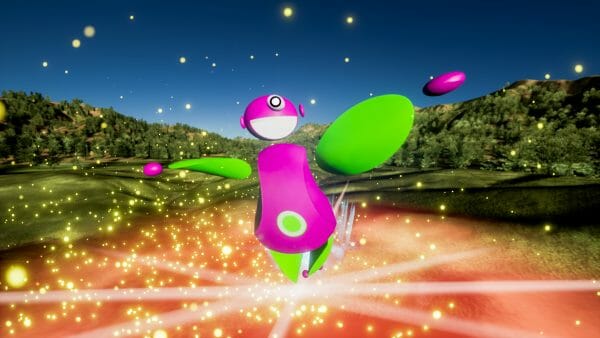 Roguelikes are not only a popular genre of videogames, but they’re one of the most interesting as well. Focusing more on replayability and randomized worlds rather than tightly-structured level design, they provide players and developers with the chance to explore a wide variety of interesting mechanics through ever-shifting game worlds.

If you’re interested in creating your own roguelike games, we’ve put together this handy list of online tutorials that provide a perfect starting point for you to learn the essential game mechanics and programming skills you’ll need to succeed.

Why Should You Learn To Create A Roguelike?

Roguelikes are a slightly more niche genre than others, but they still have plenty to offer to both players and developers. Recent hits like Hades and Darkest Dungeon prove that this genre can be used for extremely inventive gameplay and innovative storytelling, which makes roguelikes a very interesting project for game developers in-training to work on.

Roguelikes are often characterized by a randomized, procedurally generated game world that changes with every new playthrough. Learning procedural generation can be a valuable skill for game developers; as well as roguelikes, it can be applied to survival games, simulations, sandboxes and more.

In addition to procedural generation, roguelikes give developers a chance to work with a variety of other game mechanics as well. Action-oriented roguelikes can help you to practice character movement, enemy scripting and combat mechanics, while roguelikes with RPG elements can help you to learn more about turn-based combat, stat systems, and game balance.

Basically, roguelikes are a highly adaptable genre that you can use to practice new mechanics and experiment with systems from different genres, all while creating a fun and highly replayable gaming experience. As such, they make for great projects for beginners and more experienced game developers alike. 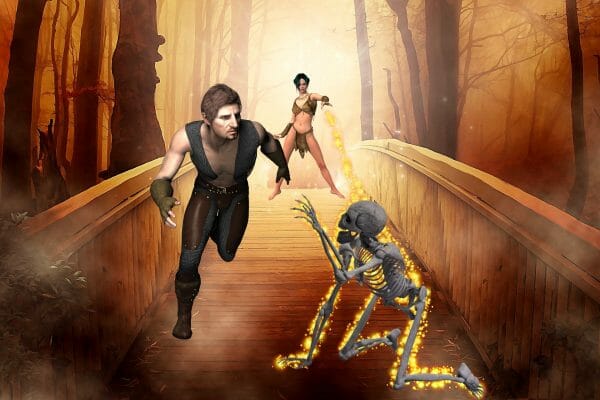 If you’re ready to get stuck into your first roguelike project, then the following list of tutorials will give you plenty of potential starting points. From dungeon-crawlers to survival games, these tutorials cover a variety of niches within the roguelike genre and will help you to build a range of essential skills to make a successful roguelike of your own.

Roguelikes are naturally slightly more complex than other genres, but we’ve made sure to include several tutorials in this list that are perfect for beginners as well as more experienced developers.

If you’re looking for somewhere to start your roguelike development journey, then there are few better options than this comprehensive tutorial from Zenva Academy. The Complete 2D Roguelike Course is a detailed introduction to the genre, exploring the fundamentals of roguelike development and guiding you through the process of making your first roguelike.

The tutorial walks you through a step-by-step guide to creating your own 2D dungeon-crawling roguelike in Unity. You’ll learn to procedurally generate dungeons, create enemies, code items and powerups, and more, all while learning a variety of skills that can help you to flesh out future projects with all sorts of new features.

All you need to get started is a basic understanding of Unity and C#, making this tutorial a fantastic option for beginners. Even if you already have plenty of experience with the Unity platform, The Complete 2D Roguelike Course is still definitely worth taking – you’ll learn a range of useful skills for other projects and master a new genre at the same time as expanding your portfolio with a new game.

Another option for learning to make your own 2D roguelike in Unity comes from Unity itself in the form of the Unity 2D Roguelike Project tutorial series by Unity itself. These tutorials guide you through the process of creating a simple 2D roguelike where the player character must search for food and survive a wasteland for as long as possible.

The game project is turn-based and tile-based, with each tutorial teaching you to add new elements like level randomisation, enemies, audio and more. By the end of the series you’ll have mastered a variety of fundamental game mechanics for the roguelike genre and be ready to implement these systems into your own games to create your own roguelike.

Build A Roguelike Game With C++ And SFML

Another option for roguelike development from Zenva is the Build a Roguelike Game with C++ and SFML tutorial. This tutorial works along similar lines to the 2D Roguelike Course, except it uses the Simple and Fast Multimedia Library rather than Unity, so if you’re not keen on using Unity then this is an ideal alternative.

The tutorial guides you through the process of using SFML’s multimedia capabilities to build a 2D action-oriented roguelike where players must dodge moving enemies to reach the exit in each level. By the end you’ll have created your own version of the project, learning various skills such as user interaction, adding graphics, building dungeons and more along the way.

You’ll need some existing familiarity with the C++ language and SFML to get started with this project, but with a simple step-by-step structure, it’s easy to follow and perfect for beginners. It also makes for a fun project for more experienced developers who want to learn to use new tools, since the course acts as a great introduction to both C++ and SFML.

Duration: 2 hours of video tutorials explaining how to make a 2D roguelike in SFML.

How To Create A 2D Roguelike Game

The How To Create A 2D Roguelike Game tutorial series from Dapper Dino provides another great entry point for game developers who are curious about dipping their toes into the roguelike genre. Like many of the other tutorials on this list, the tutorial focuses on using Unity to implement the various mechanics and systems that are commonly found in roguelike games.

The tutorial takes inspiration from the roguelike game Wizard of Legend, using it as a reference point for which systems to include in your own roguelike. Following the tutorial, you’ll steadily build up your own simplified roguelike in the style of Wizard of Legend, mastering core mechanics like combat, loot drops, class systems, map generation and more.

You’ll need some existing knowledge of Unity and C# to ensure you understand each part of the tutorial, but it does a good job of providing step-by-step instructions at each stage, so it’s fairly accessible even if you’re more of a beginner than a pro.

Duration: Just under 4 hours of video tutorials, each exploring different mechanics in the roguelike genre.

If you’ve already worked on a few different game projects and want to try your hand at a roguelike next, but don’t want to have to sit through a tutorial covering game design fundamentals you’ve already learned, then this may be the tutorial for you.

Once you’ve used this tutorial to master procedural generation, you’ll be all set to implement these systems into your projects, allowing you to build roguelikes from the ground up or add randomized worlds into other projects to give them a roguelike twist.

If you’re unfamiliar with Unity or C# and would like to learn to make a simple roguelike without using these, then another option is to follow the Roguelike Python Tutorial from Ombarus. This series guides you through the process of creating a very basic roguelike using standard keyboard symbols to represent the map and characters, giving it an appearance similar to the original Rogue game that the genre is named for.

The tutorial follows the structure of the text-based 2020 Roguelike Tutorial, meaning you can refer to a written guide if you get stuck at any point. Through the course of the tutorial series, you’ll learn to create and control a player character, generate randomized maps, implement a turn system and more, allowing you to get to grips with many of the core mechanics of the roguelike genre.

While this tutorial leads to a much more simplistic finished project than some of the other options on this list, it’s still a fun way to learn more about the systems used in roguelike games, and it provides a fun entry point for coders more familiar with Python than Unity.

So, if you want to try your hand at creating your own 3D roguelike, the best place to start is to understand how procedural generation works in a 3D environment in order to craft random levels for your players. The Complete Procedural Terrain Generation Course allows you to do just that, teaching you the fundamentals of using procedural terrain generation to create randomized maps complete with varied biomes.

The tutorial will help you learn to algorithmically generate a terrain’s shape with C# in Unity, and also provides a guide to performance optimization to ensure a smooth playing experience in your randomised world. You’ll need a basic understanding of Unity and C# to get started, but otherwise, this step-by-step guide is extremely accessible and beginner-friendly.

Roguelikes provide aspiring game developers with an exciting and unique challenge, tasking them with creating fun and replayable gameplay within randomized levels and worlds. As such, they’re a perfect next step for those who have completed a few different projects and want to tackle a more complex genre next.

Using the tutorials above, you should be able to master many of the core mechanics found in roguelike games. Whether you choose to create your own roguelike or implement roguelike mechanics within your other projects to give them a new and unique twist is up to you!