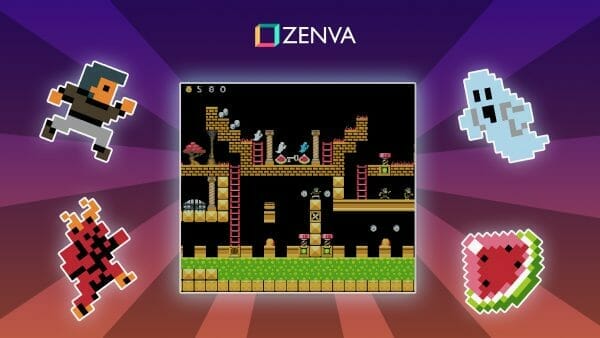 You can access the full course here: Level Design for Beginners

When designing your game and levels, you can tell a story in a number of different ways: through a quest, dialogue, etc. One powerful way to tell a story is through Environmental storytelling. It is especially useful for:

In “Far Cry 5” and “Bioshock 2”, the antagonist’s presence appears repeatedly throughout the world as graffiti, statues, etc.

We can also use remnants of past events to tell a story to the player. In many post-apocalyptic games, we can easily find things that are destroyed, abandoned, and taken over.

Text can also be used to give context to the story, or to the environment as a whole. For example, a message could be drawn on the wall by someone who found some important information out themselves, and they’re passing it onto the protagonist (player).

State of the world

Environmental storytelling can also be used in order to explain the state of the world. In “Cyberpunk 2077”, the abundance of neon colors and advertisements denotes the dystopian future of the world.

In RPGs, there are shops that the player can go to in order to sell or buy stuff. Giving context to these shops is important as although the player already knows what they can sell and buy at these stores, it’s good to express that visually through the world design.

Who Is The Player?

Explaining who the player is can also be done through environmental storytelling, for example, by showing the player’s belongings. In “Outer Wilds”, inside the player’s spaceship gives off an impression that the player is an explorer.

In “Red Dead Redemption 2”, the player constantly returns to their camp where they are welcomed as a part of the family.

In “Grand Theft Auto 5”, we have three main characters that we play. Each of these characters comes from different backgrounds, has different motives, and this can be expressed through the houses that they live in. We can tell what sort of person the character is by where they live, how they live, the people they interact with, and the things that may not have been explicitly told to us through the game’s story, but rather found out by the player themselves through exploring and looking around the neighborhood they’re in.

As a bit of a challenge, we want you to go ahead and play your favorite game, and see how it is using environmental storytelling in order to explain the events of the game.

When designing your game and levels, you want to be telling a story. Now, you can of course do this through quests and a number of other methods, but a very powerful way of telling story or just explaining the world that the player is in is through environmental storytelling.

So what is it? Well, you want to make your game world feel lived in. You wanna make it feel as if the world you’re in can exist, and the context behind it is explained to the player, okay?

You need to give context to the events happening in your world. Is there currently a war happening? Is there a plague? Is there some sort of event happening that the player needs to know about? And telling a story without it being explicitly told to the player, okay?

You don’t want to basically just shout out to the player, “This is what’s happening.” Instead, you might wanna subtly add it in through your world to reinforce certain things. For example, the antagonist’s presence, okay? In “Bioshock 2” and “Far Cry 5,” the game centers around its main antagonist, which you can see throughout the world their presence, okay?

In “Bioshock 2,” you see graffiti on the wall, and in “Far Cry 5,” there is a massive statue, okay, further reinforcing that there is this bad guy in this world and that the player is not welcome, okay? Another thing we can do is look at events of the past.

In many games, we can see remnants of past events, such as people who have been there, situations that have happened, maybe there’s a room that has all the items ruffled around and there’s some blood on the walls. That can give the player an idea of what happened in the past in order to understand, you know, maybe what they need to do for a quest. This can also be applied to the world as a whole, okay?

In many games and post-apocalyptic environments, we have the world that is destroyed. Maybe they’ve been taken over by aliens or by some other force. And basically showing that to the player will tell them, you know, this is a world that has been destroyed.

In many different games, this is evident. For example, in “The Last of Us,” we have an overgrown city that shows that it has been abandoned and taken over.

So, another thing you can do is quite literally just have text on the walls, okay? Many games do this, such as “Portal,” “Left 4 Dead 2,” and “Dead Space.” This can be used to give a context to the story, such as in “Portal, or context to the environment as a whole in “Left 4 Dead 2,” where it tells you, basically, you know, there are zombies here, run for your life. Or in “Dead Space,” it can even give context through game mechanics, okay?

And it’s not just like having a text box appear on your screen; rather, it is drawn on the wall by someone who obviously found this information out themselves and they’re passing it onto you. Something else is also danger, okay?

In “Subnautica” when you go down very deep, you’ll start seeing skeletons of these very large creatures. And basically as a player, you’re wondering, “Are there any of these creatures that are alive in this area,” okay, so it’s gonna be quite a scary environment to be in. As well as in many other games where they just have a danger sign, okay?

Do not enter, keep out, signs like those which the player, you know, most of the time does avoid, but in the back of their mind, they’re still remembering that they saw that sign and that, you know, there may be something dangerous up ahead.

Environmental storytelling can also be used in order to explain the state of the world. Many games such as “Cyberpunk” and “The Outer Worlds” have these sort of dystopian neon futures, which are basically there to give the player advertisements, sell them products, and it is explained through the world design, okay?

In “Cyberpunk,” there are advertisements everywhere. If you’re walking around, you can hear them playing out of speakers, you can see them flashing up on billboards. The same with “The Outer Worlds,” okay? You see all these advertisements popping up right in front of your face. And that can give you, the player, an understanding of the type of world that you’re in.

And even in “Cyberpunk,” although these crimes may not all the time be able to be solved by the player and are just there for set pieces, it still gives the player context to the world that they’re in, okay? That this is a dangerous city to be in, and that seeing these crime scenes is quite commonplace.

In many games, and for example RPGs, there are shops that the player can go to in order to sell or buy stuff. Now, giving context to these shops is important as although the player probably already knows what they can sell and buy at these stores, it’s good to express that visually through the world design, okay?

And if you go into more of a high-end store, you might want it to be a lot more clean and a lot more fancy in a way, okay? For example, if you go into a weapon store, such as in “The Witcher 3” here, you have weapons lining the walls and on the table. So entering the store, the player knows exactly what they can buy and sell here, okay?

If the player was going to a weapons store, and on the wall was a bunch of food, you know, that would contradict quite a bit with the store and it wouldn’t resonate that well. So telling the player what the store is selling and buying visually on the walls and on shelves can give context to this store.

And this is done, for example, in these two games. We have “The Outer Wilds,” which inside of the player’s spaceship we see everything is, you know, sort of scrapped together and it gives off the impression that the player is an explorer, okay?

They have their spacesuit on the wall, they have pictures on the wall, and all these other sort of gadgets around them to show that the player is an explorer. And in “Red Dead Redemption 2,” the sort of theme of the game, of the player, is that they are a part of this family. And constantly, the players return to their camp, you know, people are talking to them. They have their own little area. They have their relationships with everyone.

And the game world, the player’s home, gives context to who the player is themselves. A great example of this is in “GTA V,” okay? In “Grand Theft Auto V,” we have three main characters that we play. Each of these characters come from different backgrounds, have different motives, and this can be expressed through the houses that they live in, okay?

And we can tell what sort of person this character is by where they live, how they live, the people they interact with, things that may not explicitly be told to us through the game’s story, but rather found out by the player themselves by exploring, by looking around, looking around the neighborhood they’re in.

We can learn a bit about who the player is and how they fit into the world, okay? Still in “GTA V,” we can also see progression of the players as well. For example, Franklin, he starts off in a pretty small house in the neighborhood, and then throughout the game, he progresses and starts living in a mansion, okay? This shows that he is moving up in the world, that he is becoming richer, that he is progressing through this crime story.

So yeah, that is a look at environmental storytelling and how we can use it in order to explain the context of the world, explain why the player’s in that world, who the player is, and various other things that the player may need to know in order to believe that this world is real.

Is it using the antagonist’s presence? Is it talking about events of the past? Is there text on the walls explaining about the game world or giving context to the world? Are there danger signs, you know, are there warning signs, are there on the bodies on the ground, you know, basically telling the player to go away?

Is it using the state of the world? You know, is this a futuristic dystopian world? Is it a, you know, nice, clean, shiny sci-fi world where everything’s perfect? Is it like a rundown sort of environment? What sort of world is this game and what sort of theme is it trying to set, okay?

And finally, who is the player? Is this a sort of game where the player’s story is vital to the game, okay?

In many games that we went through, “Red Dead Redemption,” “GTA V,” these games have the player as a vital character in the story, and who this character is changes throughout the game and determines the direction of the story, okay? And those worlds and those environments reflect the player. So, yeah. Hope you got that and thank you for watching.