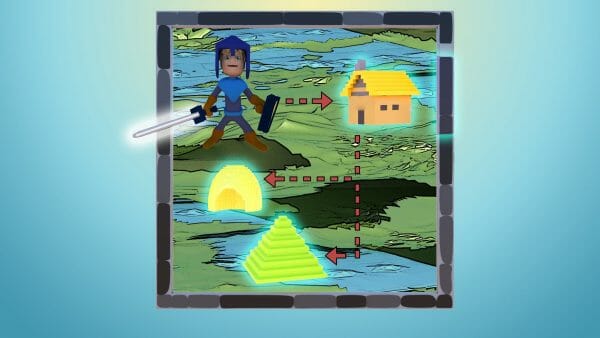 One of the biggest reasons that people get into coding is to learn how to make their own games. However, every gaming genre has its own quirks and requirements to learn in order to successfully create your own game, especially when it comes to RPGs.

RPGs are one of the oldest and best-known game genres, taking in the likes of Final Fantasy, Pokemon, The Elder Scrolls and a variety of other famous series. The appeal of creating your own RPG is the ability to craft your own fantastic world and tell an epic story – but to do that, you first need to know how to actually code an RPG.

We’ve compiled some of the best RPG tutorials available to help you start your journey into creating your very own RPG. Whether you’re a novice coder or an experienced game-maker looking to expand your skill set, these tutorials cover all the skills you’ll need to craft your first RPG.

Why Should I Learn To Make An RPG? 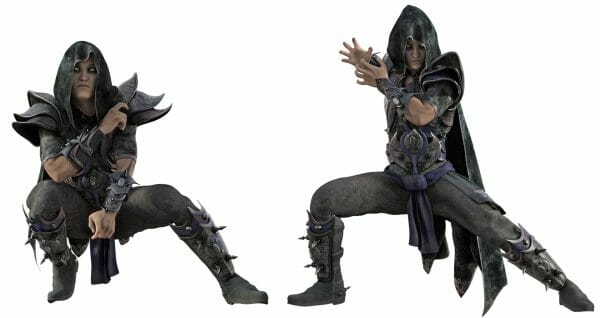 The games industry is also an absolutely huge sector and offers a wealth of opportunities for up-and-coming coders – especially when it comes to RPGs. The global RPG market is expected to be worth nearly $22.5 billion by 2023, clearly showing just how lucrative a career in RPG development can be!

RPGs also happen to be one of the most successful genres for solo and indie game developers – you don’t have to be part of a large studio to create a fantastic and successful RPG. The huge success of indie titles like Undertale, CrossCode and Disco Elysium clearly shows the potential for indie RPG developers to make a huge splash with their games.

Aside from the career benefits of learning to make your own RPG, they also present a great opportunity to expand your coding and game design skillsets. RPGs incorporate many different game mechanics and systems like world design, NPC programming, battle mechanics, quest systems, inventories and more, all of which help you learn valuable transferable skills to use in other game design projects.

More than anything, creating your own RPG is fun! Designing and creating an RPG is a great way to let your imagination run wild, creating fantastic worlds and epic stories to share with others.

The following list includes some of the best tutorials currently available for learning the core mechanics of RPG games and how to code them.

Most of these are designed for beginners – while some of them might require existing knowledge of certain tools or programming languages, they do a great job of introducing you to the basics of RPG design and providing a step-by-step guide to building your own RPG.

The 2D RPG Academy and 3D RPG Academy are a set of comprehensive RPG design curriculums from Zenva Academy. The aim of the curriculums is to learn to create your own 2D and 3D RPGs (respectively) from scratch in Unity, teaching you to implement battles, NPCs, dungeons, and more. The RPG Academies cover everything you need to know about building RPGs in Unity, taking you from an RPG novice to a master of the craft by the end of their individual course sets.

These curriculums are a great option for those who are just starting out with game design, since it covers the basics of game development in general in its first module before moving onto RPG-specific systems in subsequent sections. The curriculums are structured to walk you through world design, core gameplay systems and other essential features for building your own RPG.

Duration: 25 hours of video tutorials across a wide range of topics

Created by Unity tutor Epitome, the “Learn Unity Engine and C# by creating a real top down RPG” tutorial is an extensive guide to creating a top-down RPG in Unity from start to finish.

It’s a comprehensive guide that takes you through absolutely everything you need to know about creating your own top-down RPG, from the initial installation and setup of Unity to implementing core RPG systems. Later sections also focus on improving the player experience by tightening up UI and other features, as well as adding new content to extend the length of the RPG.

This tutorial is slightly older than others on this list, having first been published on Udemy in 2017 before being made available for free on Epitome’s YouTube channel in 2021. However, it still coves a lot of useful subjects that budding RPG makers will find extremely useful when working on their own projects.

Duration: A 7 hour, 45 minute-long video broken up into segments focusing on specific areas of RPG development.

If you’re someone who’s already gained some experience in coding and game design and you’re looking for a shorter tutorial to learn some of the core mechanics of RPGs, then the Construct A Micro-Farming RPG tutorial may be the guide for you.

This slightly shorter tutorial allows you to follow in the footsteps of classic series like Harvest Moon and recent hits such as Stardew Valley by creating your own farming-based RPG. The tutorial delves into various systems and mechanics prevalent in the popular farming RPG subgenre such as crop growing, scriptable objects, tilemaps and resource management.

By the end of the tutorial, you’ll have created your own micro-farming RPG project, which can make for a great addition to your portfolio. The skills you learn in this farming RPG tutorial can also help you to diversify and expand your future projects with new mechanics and systems.

All you’ll need to successfully complete this course is a basic understanding of Unity and C#, making it an ideal course for game design beginners and pros alike.

How To Make An RPG In Unity

Another option for those who are looking for a shorter tutorial is the “How to make an RPG in Unity” series from Brackeys and Sebastian Lague. This tutorial series breaks down RPG development into a series of videos exploring core subjects, making it easier to get to grips with the basic skills needed to successfully create an RPG in Unity.

The series is split into gameplay tutorials delivered by Brackeys and Sebastian Lague’s tutorials on integrating graphical elements into your RPG, with further RPG graphics tutorials also available on Lague’s own channel.

The gameplay tutorials cover subjects like player and camera movement, interactables and items, inventory systems, equipment, character stats and more. Meanwhile, the graphics tutorials teach you how to model, rig and animate simple characters in Blender, then integrate these and other graphical elements into your RPG.

Turn-based combat is a staple feature of the RPG genre, made famous by classics like the early Final Fantasy games, Pokemon, and more. To this day, it remains one of the most popular battle systems used in RPGs, so it makes sense to learn how to implement turn-based battle mechanics if you want to build your own RPG.

That’s where the Create A 3D Turn-Based RPG tutorial comes in. This tutorial helps you to master turn-based battle systems by building your own 3D RPG from scratch, teaching you to program different kinds of attacks and actions, customize enemy encounters and more.

The project is fairly open-ended, giving the scope to create a larger 3D RPG project off the back of this course or simply to use it to create a smaller project and add new skills to your arsenal. All you need to get started is some existing knowledge of C# and Unity; the course will walk you through everything else.

Duration: Roughly 5 hours, 20 minutes of video tutorials guiding you through the project from start to finish.

Most of the tutorials in this list are for the hugely popular Unity game engine; however, if you prefer to use other engines, then the Godot Action RPG tutorial series from HeartBeast may appeal more to you.

Godot 3.2 is an open-source game engine specifically designed for use by indie game developers, so solo game designers may find it more appealing than Unity. The Godot Action RPG tutorial series teaches you how to use Godot to create a top-down action RPG in Godot, covering various topics like movement, hitboxes and hurtboxes, stats systems and more.

The series is intended for beginners but expects you to have some level of coding knowledge before starting. If you’re a complete coding beginner you may need to learn some programming basics before taking on these tutorials, but otherwise, they’re very beginner-friendly with helpful explanations for each new concept or mechanic that’s introduced.

If you’ve already gained some game design experience on other projects and want to dip your toes into RPG development to learn some new skills, then you might like the Build A Micro-RPG course. This tutorial takes you through the entire process of building a top-down micro-RPG in Unity, giving you the skills you need to take on bigger RPG projects or add RPG mechanics to other games.

This course is a great option for beginners and experienced coders alike. It introduces you to a range of essential skills for developing fully-fledged RPGs while keeping the initial project short, simple and exciting. All you need is a basic understanding of C# and Unity; the course will teach you the rest.

Once you’ve completed the Build A Micro-RPG tutorial, you’ll have mastered a variety of transferable skills that will help you expand and diversify your next project with new mechanics. Whether that means another RPG of larger scope or a completely different genre that you want to add RPG mechanics to is up to you.

Learning to build your own RPG is a fun and rewarding process that helps you to master a variety of new game mechanics and systems at the same time as practicing and developing existing coding skills. By following the tutorials above, you’ll learn many of the foundational skills you’ll need to craft your own epic RPG – and hopefully, you’ll have fun at the same time!

Don’t forget though – RPGs are a broad genre, so don’t forget to continue to explore around. There are lots of learning resources out there – and the more you learn, the better your games will be!