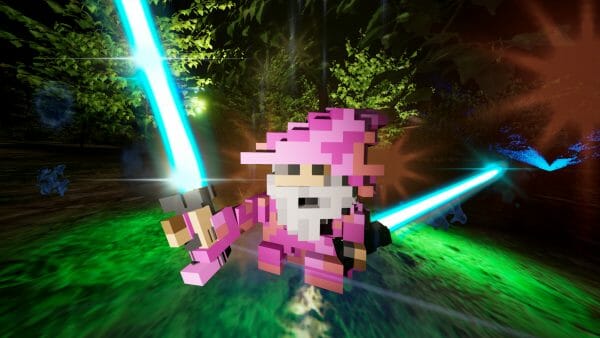 Survival games offer a challenging and unique niche within the gaming world, tasking players with fighting off hunger and thirst as much as fighting enemies. Survival games are also a popular genre for multiplayer gaming, giving you the thrill of working alongside your friends to survive hostile environments.

Because of all this, survival games are a popular choice as a first project for budding game developers. However, creating a survival game means mastering a variety of skills, concepts and game mechanics, such as base-building, character needs, crafting and more. As such, it’s often helpful to start with a guided project or tutorial.

To that end, we’ve put together a list of some of the best survival game development tutorials to help you learn the foundations of the survival genre and create your very own survival game to add to your portfolio.

Why Should You Learn To Make A Survival Game?

Famous survival games like Minecraft, ARK: Survival Evolved, DayZ and more are hugely popular thanks to their often open-ended game structure and the challenges involved in managing your character’s needs to keep them alive. This popularity means there’s a huge audience just waiting to try out your own survival game!

Aside from the genre’s popularity, survival games are also a great way to learn a variety of game mechanics and systems that can help you to diversify other projects with new gameplay features. Hunger and thirst meters, crafting systems, base-building and day/night cycles that affect enemy spawns and behavior are all great tools for enhancing your future game projects.

Survival games also offer a great deal of freedom in terms of their style and core gameplay mechanics. They could focus on shooter elements like in DayZ or turn into more of a sandbox game like Minecraft, for example. The genre also lends itself well to both 2D and 3D environments, giving you a huge amount of choice when it comes to appearances and playstyles. 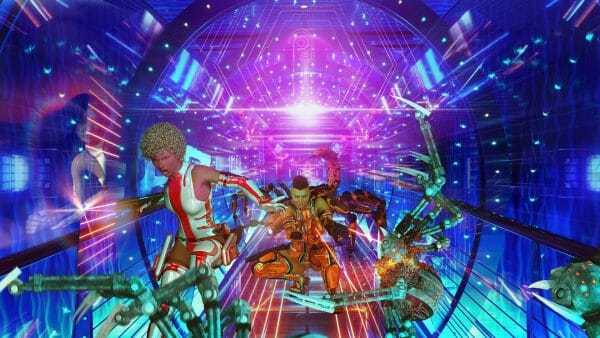 To help you on your journey to becoming a survival game master, we’ve compiled a list of some of the best online tutorials available for making your very own survival game from scratch.

Many of these are geared towards beginners, with step-by-step instructions to build a survival game from the ground up. However, more experienced developers looking to learn new skills and mechanics they can use on advanced projects will also get a lot of use out of the tutorials below.

If you’re looking for a comprehensive guide to the survival genre’s core systems and mechanics, look no further than this comprehensive tutorial from Zenva Academy. The Survival Game Development Academy course provides a detailed guide to everything you need to know to go from a complete novice in survival game design to an experienced pro.

The tutorials in this course explore survival game development in the Unity engine, covering all the key topics you need such as item crafting, base building, player needs, combat and more. As well as equipping you with the skills to make your own fully-fledged survival game, these concepts and systems can also be applied to projects in other genres to add your own unique spin on classic formulas.

This course even covers the very basics of C# coding and using the Unity Editor in its first module, so it’s a perfect starting point even if you have no prior coding experience at all. The detailed guides in this course are also perfect for more experienced coders looking to learn new skills.

If you’re looking for a slightly shorter introduction to the survival genre, then this alternative Zenva course may be more appealing. The Survival Game Player Mechanics For Beginners tutorial is a great place to start for those who have some prior coding or game development experience but who are new to the survival genre’s mechanics.

The tutorial provides a step-by-step guide to creating survival games in Unity, starting with fundamental mechanics like movement and player controls. It then moves onto survival-specific elements like player needs, health, day/night cycles and more to create the foundations of your own survival game.

These concepts can help you to build out your own survival game or to add new mechanics to other game projects further down the line. You’ll need a basic understanding of C# and Unity, but other than that there are no strict prerequisites, making this a perfect place to start your survival game journey.

Create An FPS Survival Game In One Video

Another great option for learning some of the basics you’ll need to lay the foundations of your survival game is the Create An FPS Survival Game In One Video tutorial from YouTuber Awesome Tuts.

This video provides you with a step-by-step guide to creating your very own FPS survival game, along with all the game assets you’ll need to follow along and build the project yourself. The tutorial focuses on the Unity engine and merges survival with FPS mechanics to teach a wide range of game mechanics and systems at once.

It starts with world design elements like lighting and ambience, then moves on to basic player controls and movement. After this, the tutorial explores various subjects like weapons, enemy animation and behavior, health systems and more.

Unfortunately, the tutorial does omit certain core survival features like crafting and base building, so those looking to create a more traditional survival game may choose to look elsewhere. However, it’s a great starting point for anyone intending to make a more action-oriented survival game.

Duration: One video lasting just over 8 hours, 10 minutes, split into different sections for each subject

Discover Base Building For Survival Games

If you’re someone with slightly more experience with game development who just wants to learn some of the core aspects of the survival genre, then this shorter tutorial may be the one for you. The Discover Base Building For Survival Games tutorial covers the base building mechanics commonly found throughout the survival genre.

Like most of the tutorials in this list, this one focuses on using Unity to implement base building elements in your games. Since crafting is often a core component of base building (and survival games more generally), the tutorial covers these systems in addition to the building mechanics that will allow your players to set up base structures in the game environment.

There are also guides to common base functions like sleeping in beds to heal or pass in-game time, ensuring your base has all the functionality that players would expect.

This tutorial is an excellent option for slightly more experienced developers who are looking to add core survival mechanics to their skillset to enhance future projects. It’s equally suitable for beginners, since it only requires a basic understanding of Unity and C#; however some familiarity with the basics of game design and other survival game elements may be helpful.

The UE4 Survival Game tutorial series from Unreal Engine Tutorials stands out from other options on this list for two reasons. First, it uses Unreal Engine 4 instead of Unity, giving you the choice to use a different engine if Unity isn’t your strong point. Second, it demonstrates how to add multiplayer functionality to your survival game, allowing you to enjoy your finished project alongside your friends!

The series covers a variety of survival elements including hunger and thirst systems, inventory management, weapon pickups and more. It also includes various tutorials for adding FPS mechanics like aiming, shooting and first-person camera control, enabling you to make a shooter/survival hybrid to enjoy with friends.

This does mean there’s less of a focus on “pure” survival elements like base building and crafting, so if you take this tutorial it may be useful to augment it with others that delve into other survival mechanics. That said, this is an excellent option for creating a multiplayer survival game you can enjoy with friends at the same time as learning new mechanics and skills to use in future projects.

One of the key elements of the survival genre is the presence of other characters and enemies that the player can interact with or fight against. The NPC AI And Combat For Survival Games tutorial shows you how to enhance your survival game with animated NPC models that can flee from players, attack them, chase them, drop items and more.

It also includes an additional guide on how to enhance the appearance of your game with post-processing effects that can give your game its own distinctive look and feel. This is a great way to make your game feel more polished and impressive, making it a strong addition to your portfolio.

You’ll only need a basic understanding of Unity and C# to complete this tutorial, making it fairly accessible for beginners. However, it may be useful to have learned some of the basics of survival game design to provide a stronger foundation to work from in this tutorial.

The survival genre is a unique opportunity for budding game designers to learn new mechanics while merging in aspects from other genres like FPSs, RPGs, and action-platformers. This is part of the genre’s appeal – it allows a lot of creative freedom at the same time as providing a solid challenge and engaging gameplay to players.

By following the tutorials above, you’ll gain a deeper understanding of survival mechanics and learn to implement them in your own projects. We hope you’ll have fun crafting your own unique spin on the survival genre using these handy guides and tutorials!