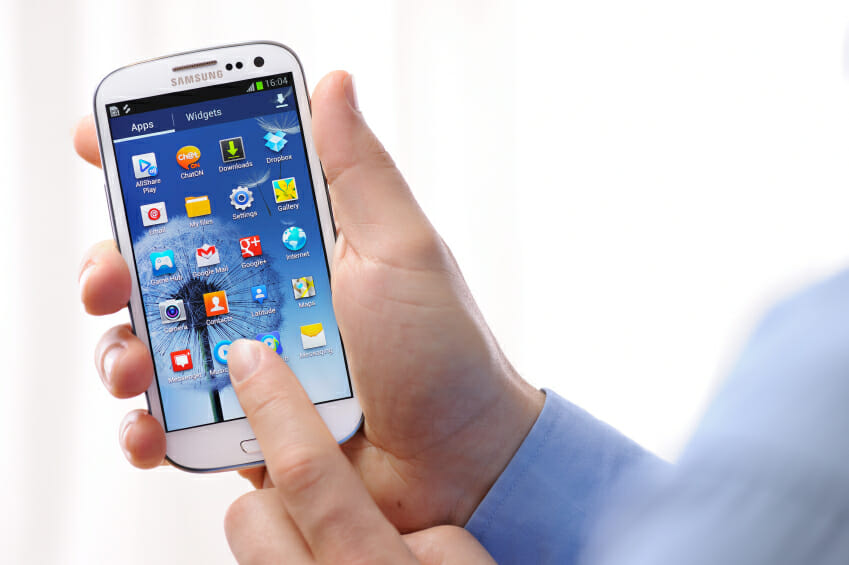 One of the first things to consider when starting a technology project is the platform it will run on. What are the advantages of creating an Android app? Are there a lot of people using these devices today?

The answer in this case is yes. According to Forbes.com, the use of Android smartphones rose 88% during 2012, accounting for 70% of all smartphones sold during the year.

Another feature of the Android market is its fragmentation. Contrary to what happens with iOS – where there are only a few models of the iPhone – Android is characterized by variety and diversity in terms of screen resolution, processors and memory.

That said, the size of the market and its growth make it a very attractive option for app and game development.

2. Stages of the process

Now that you’ve decided to create your first application for Android, let’s look at the different stages of the whole process. It’s best to go through step-by-step in order to maximize your chances of success!

The first step is to write a brief description of the main features of your app: who it is intended for, the problem it addresses and how it works. Accompany this description with simple wireframes of all of the screens, which can be easily created using everything from Post-it notes to specialized software such as mockflow.com. It’s important to refer to the Android design guide during this process.

Before moving on to programming, my advice is to show the description and wireframes to as many people as possible to get feedback. Don’t be afraid of someone stealing your idea!

With a clear idea of your app’s objectives, the different screens and the necessary functionality, you can now begin to program it. We will look at this part in greater detail in the next section.

Once you’ve finished the first version of the app, it’s best to share it with potential users for further feedback. Here you really begin an iterative process whereby, based on the feedback received, you will continue refining your application until it fully resolves the problem it was created to address. With that process finished, you will publish it in the Playstore and begin distributing it to end users.

3. Development of the app

First of all, if you don’t know how to program, don’t worry! Thanks to Zenva, you can now learn the skills you will need to make an android app.

Hiring a programmer is, of course, an option, but it is very useful to learn enough of the basics to create a first prototype, especially since programmers are a luxury that not everyone can afford.

To develop the app, there are two principal paths:

If you choose this path, you will program your app using the programming language known as Java. This method allows you to create high-performance apps using the SDK that can be downloaded at http://developer.google.com. You can use a program called Eclipse to create your Java code and visually edit our app’s screens.

Zenva features a course called Android App Development by Example, where we create an app to take notes and share them using Facebook and Twitter. The course follows the learn-by-doing methodology and covers the entire development cycle. It requires a basic knowledge of Java but no prior experience in mobile app development is required. Downloadable PDF guides with the summary of each lesson are provided as part of the course.

You can also create Android apps using the same languages that are used to create websites: HTML, CSS and JavaScript.

This method is easier than learning Java and can also be used for creating apps for iOS, BlackBerry, Windows 8 and other platforms. The drawback is that the performance is not equal to that of native apps.

At Zenva we also have a full course on mobile app development with HTML5 called “iOS and Android HTML5 App Development for Beginners” The course is intended for people who have never programmed and really want to start from zero to create their first multi-platform app.

If the app you want to create is more of a video game, we also have two courses on creating video games in HTML5 to run on Android and other platforms: Mobile HTML5 Game Development for Beginners and Create a HTML5 Game from Scratch.

In addition to developing and designing the app, you also need a marketing plan to be successful.

The course “Marketing Mobile Apps for Top Visibility and Lasting Success” by author, academic and entrepreneur Deltina Hay provides a step-by-step tutorial on creating a marketing plan, getting the media’s attention and generating social network buzz to make an app successful.

The process can be boiled down to: