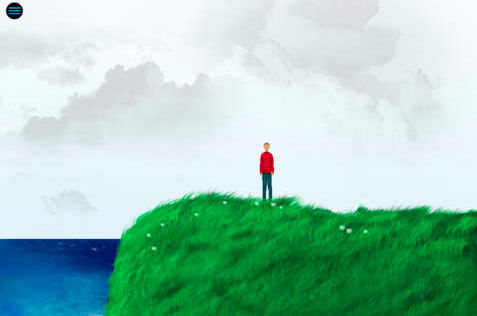 How does a long time gamer jumps into the world of game development? Find it out with the story of Nick Zadno the creator of Stars Apart, a puzzle adventure game.

Can you tell us about Stars Apart?

You play as an unnamed character that is trapped on an island and must find a way off. As you unlock puzzles, you’ll discover the truths of the island and its departed visitors. The controls are simple but the puzzles are challenging.

A big part of the inspiration for Stars Apart came from adventure/puzzle games like Myst and Coma. I really liked the mysterious and surreal environments in those games. But I also really enjoyed trying to piece together the story as much as I enjoyed solving the puzzles. 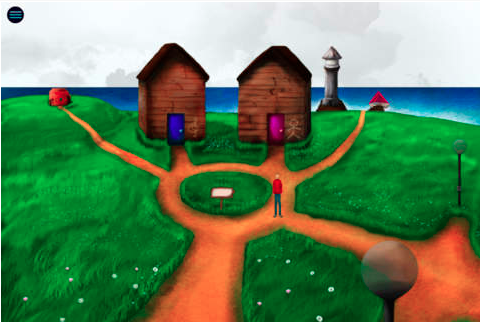 The game started off as a side project between myself and a friend. We set out to make a simple 6-7 scene iOS game as a way to learn about the iOS platform and the Cocos2D game engine. After about a month, we completed this simple game. The game was about a character stuck on a tiny island and needed to find a way off it. It had 2 puzzles and took players about 5-15min to beat it. It was a neat little game but I decided to build upon it and make it into a full fledged story & game. The small game became the beginning scenes to Stars Apart.

Working nights and weekends on Stars Apart, I spent a month outlining the story and scenes of the game. Once the scenes were laid out, I began updating the original game code to handle the 95+ scenes. I also began implementing code to handle the multiple walking paths that the player required in a scene. This process took about 2 months. When that was complete, the player could walk around the island but had nothing to interact with. Also all the scenes were still just sketches, so really the life of the game was still in my imagination and not on screen.

From what I had programmed I was able to walk through the island and “play” the game in my head. This allowed me to tweak the scenes and the puzzle placements so that I could ensure the gameplay flowed well. At that point the scenes were pretty closed to finalized in terms of what each would be, so I spent about 2 months digitally painting out all the scenes and another 3 months implementing the code for all the puzzles.

Finally, I had a playable game, but with bugs. I had two of my friends, one who worked with me on the original game and another friend who was also into gaming, help identify the bugs. They played through the game and spotted bugs, story issues and spelling/grammar mistakes. That debug process took another 2 months, during which I also worked on creating the music for the game. After that long journey we finally launched the game.

It’s important to maintain your enthusiasm throughout the game developing process, since the process is an arduous one. When you first begin the process of developing a game, take a mental picture of your excitement so that you may look at it during those long nights of programming.

Thank you Nick for sharing your experience with us!

Nick is currently working on a new 2D Platformer game. Check out info and updates about the game on his blog: www.starsapart.com/blog