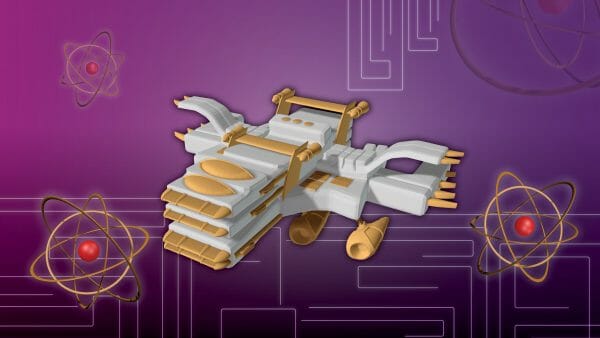 Who’s not familiar with classic puzzle games like Tetris, Breakout, Snake, Minesweeper, Sudoku, or even recent ones such as Candy Crush and Baba Is You? Now imagine you coding your own version of these games. Wouldn’t that be awesome?

Regardless of where your skill levels lie, puzzle games are a great game genre to explore – not only are they a staple of games in general, but come with some unique coding challenges! In this article, we’re going to strive to showcase some of the best puzzle game tutorials available using famous game engines like Unity, Unreal Engine, and Godot.

Let’s dive into some tutorials on how to implement these puzzle games!

How to Make Minesweeper in Unity

Right off the bat, you’ll learn how to make a minesweeper using Unity with a very detailed approach. Unity is a real-time development platform for game creation, being also used for interactive simulations, animation, and even films.

In this tutorial by Zigurous, he walks you through the creation of the game board and cells using sprites, how to keep track of the state of the game and winning condition, besides all the logic needed for flagging and revealing the cells (with the number of neighboring mines or blank) plus displaying the bombs for those cells corresponding to the mines of the game. And just like that, you’ll have implemented one of the most classic games yourself!

Based on the Breakout game, this tutorial by Imphenzia brings you a Unity complete implementation of a brick breaker game. Your goal in a brick breaker game is to destroy all the bricks on the screen by hitting them with a ball you bounce back and forth with a paddle.

In this detailed walkthrough especially thought out for beginners, the instructor describes the whole game creation process, explaining what variables and prefabs are, how to create the game objects and apply physics to them, how to go over a state machine for the game, and also how to design the menu screens aiming to make the transitions between states in the game as smooth and sensible as possible for the player.

This tutorial series by CodePlanStudio teaches you how to implement a block puzzle for mobile devices with Unity in a thorough step-by-step way. To earn points in a block puzzle game you need to clear lines both horizontally and vertically by filling them with shapes. The instructor shows you how to set up the project, import the needed assets, design the start screen, create the game screen with the shapes being randomly generated for the player to select and drop onto the grid, as well as line completion plus winning condition implementation.

How to Make Tetris in Unity

Here’s another tutorial from Zigurous, where he shows you how to make a Tetris game using Unity. Tetris is a tile-matching puzzle game, where the player’s objective is to prevent the blocks from stacking up to the top of the screen by clearing lines for as long as possible. The completed lines will then disappear, giving room for the player to proceed with moving and placing the blocks around.

In this video, the presenter shows you all the setting up of the sprites and scenes, as well as the spawning of the blocks, and how to move them around and rotate them. As an extra feature, he implements what’s called ghost pieces which indicate where the blocks are going to land before they actually hit that spot, thus helping the player visualize the best place to lay each block down.

In this short tutorial series from Tarodev, you’ll implement a nice-looking 2048 game with Unity. 2048 is a sliding tile puzzle game where you combine tiles with the same number together to sum them up and try reaching number 2048. You can keep playing the game until there are no more blank tiles in the grid, therefore creating even larger numbers. The instructor shows in this 2-videos tutorial how to set up the grid, how to create the tiles, code the logic for shifting and merging the tiles, and also check if the player’s won after each move.

In this tutorial series, BenBonk presents to us how to make a sliding puzzle game in Unity. The game consists of finding your way to the black star while avoiding the red spikes. Over the 3 parts of this series, you’ll see how to set up the project, create the player, obstacles, and goal sprites, plus all the scripting for the player movement and collision with the walls or obstacles. Moreover, the instructor goes over adding an animation for when the player touches the spikes for a more shocking effect, then the game resets. He ends the tutorial by polishing the game up and testing it with you.

This Unity tutorial by Zenva Academy walks you through the creation of a puzzle platformer game, where the player has to unlock the colored doors by taking the specified keys that are dispersed around the level scenes, steering clear of the spikes, blades, and acid pits all the while.

The instructor guides you through the creation of the levels, sprites, and collision logic necessary for the implementation of a more puzzle-oriented platformer game full of obstacles. You’re also going to learn how to save your current progress and how to load and move between the scenes of the level you’re in, not to mention that you’ll acquire a lot of game designing skills from this course!

Make a Game like Candy Crush using Unity and C#

In this tutorial series, Mister Taft Creates implements a game like Candy Crush in Unity. He’s also got versions of it for two other game engines (Godot and Game Maker Studio 2), in case you want to test it out in a different environment. Candy Crush is a match-three puzzle game where you need to clear as many rows and/or columns as possible in but a few moves.

The instructor covers a lot of features in this comprehensive series, ranging from implementing an opening screen to having wrapped candies and icing tiles, diverse level structures and goals, level selection, a pause screen, a star classification system for each level, and much more!

This brief tutorial series by Kee Gamedev shows you how to make a 15 puzzle game in Unity. The 15 puzzle is a sliding puzzle game having 14 numbered tiles in a 4×4 square where the goal is to arrange a shuffled initial set of the tiles in ascending order, by sliding the tiles around using the only vacant space available on the grid. The instructor goes over all the necessary setup and logic through the 2 videos of this series.

How to Make Snake in Unity

With this tutorial, Zigurous guides you through the making of the 2D arcade game Snake in Unity. In this game, the player controls a snake which is basically a line on the screen that grows in length as it eats fruits and its own body is a primary obstacle.

The instructor builds the game scene, makes the snake a rigid body, adds the walls as colliders, implements the logic for eating the food, and he concludes the tutorial by automatically resetting the game each time the player touches either one of the walls or the own body of the snake as that means game over.

This tutorial series from CodePlanStudio teaches you how to implement Sudoku in Unity. Sudoku’s objective is to fill the 9×9 grid with digits from 1 to 9 in a way that there are no repeated numbers in each column, row, and each 3×3 subgrid as well.

In this series, you’ll be guided through the complete implementation of a Sudoku game, from creating and populating the grid to attributing numbers and notes to each cell. Further, he goes over adding the known features to the game, such as timer, pause menu, and difficulty level selection, plus win and game over screens as well as how to place ads in your game and release it on Google Play Store.

In this tutorial series, Ryan Laley creates a jigsaw puzzle game with Unreal Engine 4. Over the 8 videos of the series, Ryan shows you how to separate each piece from the material pattern he starts with in order to control every individual piece by itself, then how to generate the logic behind the game and set the puzzle screen.

On the left-hand side, he puts all the pieces of the jigsaw in a scrambled order, while on the right the player will be able to place the squares in a grid until they complete the game. Additionally, he tests the game with 3 different images to demonstrate how to switch between the puzzles and restart the game.

Here’s a tutorial from Zenva Academy featuring the process of making a puzzle game in Unreal Engine. In this course, the instructor will show you how to design a turn-based game where the player can collect followers while having to avoid obstacles to reach the end goal. As whenever the player moves all other objects move as well, you have to figure out where to go to steer clear of the red blade obstacle as you go around the room assembling followers.

By implementing this project, you’ll learn about blueprint parenting so to facilitate implementation when moving the player and the other elements of the game. You’ll also go through displaying texts to the player, besides adding the options of restarting and quitting the game.

Make Your First 2D Grid-based Game from Scratch in Godot

This tutorial series from Emilio teaches you how to make a 2D grid-based game with Godot, a versatile open-source 2D and 3D game engine. The purpose of this game is to drag the blue boxes onto the red spaces.

You’ll learn how to set up the sprites and camera along with how to make the player, walls, and boxes nodes aside from setting up collisions between them. Emilio explains in detail his choices on the design of the game and continuously tests his progress with you throughout the videos. In the second video of the series, the instructor shows you how to add an animation for the player movement to be smoother and improves upon the UI displays to have a more polished version of the game.

I Made Baba Is You in Unity

To close this article, go check Akshay Goel‘s journey in making his version of Baba is You with Unity within 48 hours as an extra motivation to implement a game you like in your own way. Baba Is You is a game where you can change the rules by which you play, as they are blocks you can interact with. By manipulating the rules, you can alter how the game works and thus reach the flag or whatever object you set as goal.

In this video, you’ll see Akshay creating his own assets and sprites, going through the logic of the grid and collision setting, plus the editing of the game levels. You will also accompany him while he’s compiling the rules for the game and making them affect the game world!

Access now: I Made Baba Is You in Unity

And there you have some of the best puzzle game tutorials available. Whether you’re a beginner or an experienced developer, puzzle games are a fantastic genre, and one that requires some interesting coding techniques to achieve. These tutorials should help you take those first steps, and let you discover new ways to make your players think.

However, there are an ludicrous amounts of the kinds of puzzles you can have in your games – so by no means is this list exhaustive. Don’t forget to continue to explore further learning resources – and good luck with your future games!