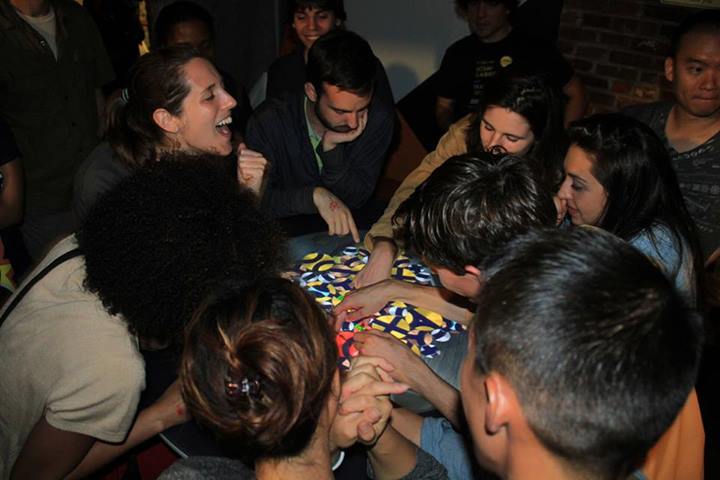 Mike Ren, an Independent Game Developer living in Brooklyn, NYC developed Clockwork a group puzzle game designed for the Grasshopper Round Table. Keep reading to get to know him and his experience! 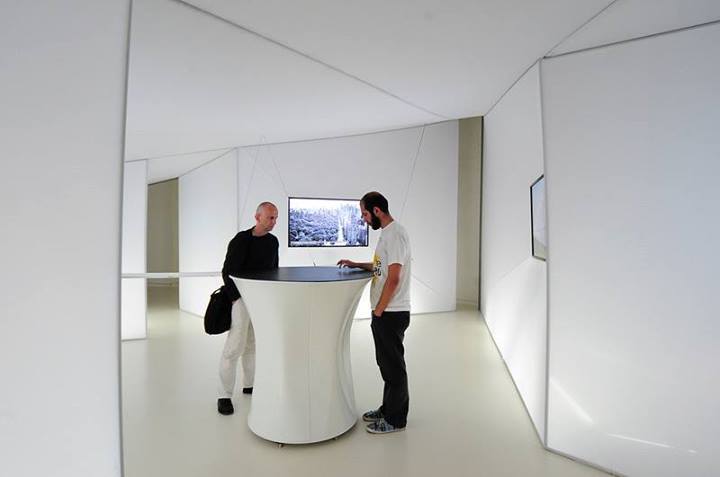 I’ve got a taste for making unique experiences on new technologies and platforms. You can find me at mikeyren.com.

About Clockwork, my goal is to bring face-to-face gaming back to bars around New York City. Drink a beer, play and make some new friends! The idea came out of lots of fingers, tons of rotating platforms, then marbles.

A key component in designing the game was looking at how to develop for a circular social experience. We spent a lot of time looking at the pros and cons of the table’s design, eventually setting on certain things we wanted to happen. We liked the idea of people’s fingers being intertwined while playing, for people to feel both overwhelmed and excited about the visual design, and for the audience to experience dramatic failures, in which failing is a spectacle that leads to a “One More Try” feeling.

Development has honestly been a mixture of mistakes, surprises, and intuition, as all creative things go. Our original prototype placed First at the Grasshopper 48 Hour Game Jam and we were fortunate enough to win Unity Pro licenses to continue development. The original team composed of myself, Sebastian Teedstale, Jammy Su, Mark Monaco, Kirsten Sugar, and Yulian Ovdey, but over the months we’ve collaborated with many more talented individuals for feedback and to fine tune the experience.

Our last showing was at the Come Out & Play: After Dark Festival at South Street Seaport in New York. We are hoping to have upcoming events at the Grasshopper Offices in the next few months. If you’re in New York City, stop by to try it out! 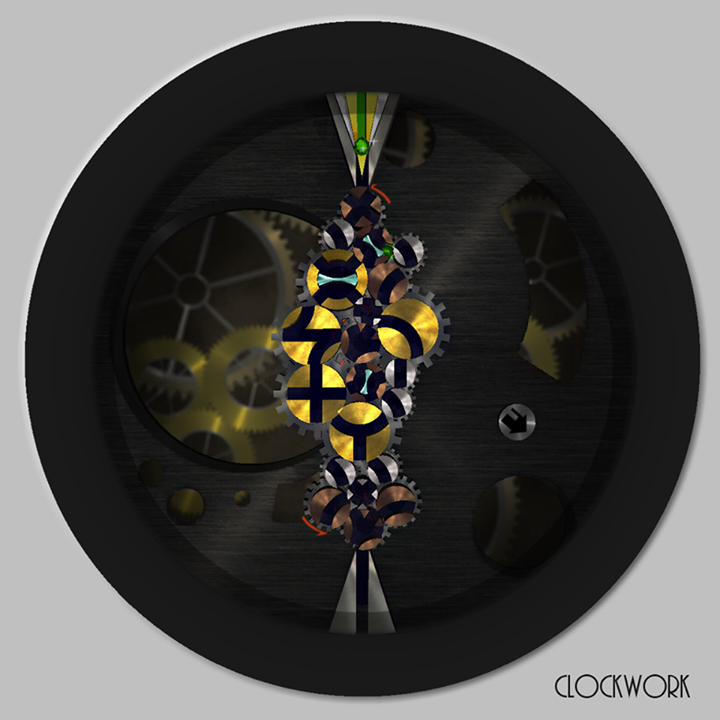 Trust your gut. When you’re young and inexperienced, intuition is the strongest tool you have.

1.) Get involved in the Community
Making games is incredibly difficult and can be a very lonely journey so it’s crucial to find like-minded individuals who share similar views; friends and peers who can give you feedback, support your ideas, and give you an opportunity to share your work.

2.) Enter Game Jams
I can’t stress this enough. You will learn so much when racing against the clock. Creativity truly flourishes when deadlines are set and resources are limited. You’ll learn the limits of your own abilities and those of your teammates.

3.) Prototype, Playtest, Iterate.
When you settle on a concept, prototype it out as soon as possible. Get it in front of fresh eyes and you’ll immediately see what works and what needs to happen next. After months of working on the same game, it’s easy to quickly lose sight of changes and the worst mistake is making changes that further complicates the problem. Through seeing others play, you can rediscover the core idea and why you fell in love with it in the first place.

For a long time, we struggled with teaching new players the rotation patterns in which the cog pieces moved. At one point in development, we tried to solve this issue by creating levels that progressed in difficulty, but upon playtesting, it became apparent people didn’t have the time or patience to get through all of the levels. Furthermore, the overwhelming but exciting feeling that our original prototype had was lost.

We realized the problem wasn’t in level progression, but rather an issue with visual feedback and communicating intent. We adjusted the feedback arrows to respond more dynamically to touches and remade the arrows. Further playtest showed that this started to alleviate some of the confusion.

So with two weeks left before our first public unveiling, we actually went full circle on our last month of work, removing the level progression and returning to our prototype roots. Sometimes you run a mile only to realize you’re going in the wrong direction, but on your way back, you’ll be much more prepared for the race.

Thanks Mike for this interview and we’ll be looking forward to your new projects.