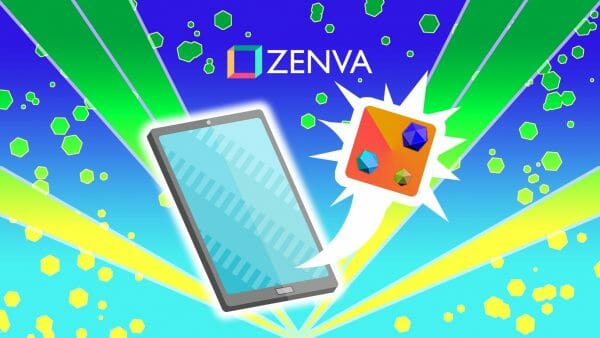 Although many of us enjoy our hardy Android and iOS smartphones with regular consumption, there is no doubt that this is not the case for everyone. Some regions simply do not have access to common smartphones in a regular capacity. For others, most smartphones are simply just too expensive. Then there are consumers who just don’t like the data plan stipulations that come with regular Android and iOS smartphones. Regardless of the reason, these mobile operating systems and phones are just not for everyone, and that can be a problem for mobile developers.

However, did you know there was an alternative that not only overcomes these issues, but opens up a new audience for aspiring developers to aim for? In this post, we’re going to introduce you to KaiOS, and help you find the KaiOS game development tutorials you’ll need to start creating for this new platform!

To put it plainly, KaiOS is an alternative mobile operating system for phones initially released in 2017. The entire operating system was based off of an open-source project which aimed to continue the work of the old Firefox OS that was abandoned by Mozilla. With KaiOS, the main aim of this alternative operating system is to help increase internet access and phone availability for users who have not yet been able to access these modern conveniences.

According to KaiOS, the expensive price of phones and touchscreen learning curves are a big factor in why billions of people still aren’t accessing the internet. With the KaiOS, though, companies who volunteer can easily get a license for the operating system and develop hardware for it. As the operating system was built to be extremely lightweight, this has allowed companies to put the KaiOS on keypad feature phones, which in turn are able to be sold for a much, much cheaper price than the average Android or iOS phone. Nevertheless, these phones are still able to come with modern technology like 4G, Wi-Fi, and GPS, giving a whole new set of people access to mobile devices.

In addition, apps for KaiOS still are able to offer plenty of robust experiences, as everything is based on HTML5. Thus, the operating system offers cross-platform compatibility for developers wishing to create software for KaiOS devices.

Why would someone want to develop for KaiOS, though – especially compared to something like Android and iOS? There are some very distinct advantages this newfound operating system can offer for keen developers who want to try it out!

As mentioned earlier, apps for KaiOS are web-based on HTML5. As such, there are only three things you really need to know to start building them: HTML, CSS, and JavaScript. This makes the development process not only very easy to learn, but multi-functional as these are the same pillars for the entire web development sector too. Even further, this means it’s very easy to make cross-platform applications, so even if you don’t get any bites from KaiOS, you still have other markets like Android and iOS that can access your projects.

While it’s not impossible for KaiOS to someday aim for touchscreen devices, one of the main advantages is that KaiOS can be put on old-style keypad phones. Thus, when developing games or apps, you don’t really need to worry about whether or not the user tapped, dragged, or anything else that involves touch-based controls. This can take off a lot of pressure when developing – especially if this is your first journey into mobile devices.

Due to its affordability and the company’s own aim, KaiOS is able to get into regions where Android and iOS devices aren’t necessarily as prevalent or popular. This includes places like India, Africa, South America, and even many parts of Asia. As such, there is a huge audience, some of whom have never even accessed the internet before KaiOS, just waiting to play your games or use your apps.

Although KaiOS is new, the platform is already growing quickly. In fact, according to Android Authority, KaiOS is already the second most popular OS for phones in India, beating out iOS. Even places like the US are seeing a number of users switch over to KaiOS simply due to the cheaper price point. To match this, many different companies, such as Google, Atari, Mozilla, AT&T, Sprint, T-Mobile, TED, and beyond, have partnered with the KaiOS company. As such, it’s not unwise to say the platform is growing in both audience and support, so it’s not going anywhere anytime soon and is quite stable for new-time developers.

Earlier we mentioned that KaiOS only came out in 2017. While some might interpret this as a bad thing, since the market isn’t as established as the other mobile operating systems, this can also be a good thing. For anyone who has developed for Android or iOS, you know both their respective stores have, well, a lot of apps and a lot of competition. As KaiOS is a lot newer, though, the market is a lot less crowded. Because of this, there is an opportunity for developers who jump in early to establish their games and apps before any other competitor, thus giving them more opportunities for success. 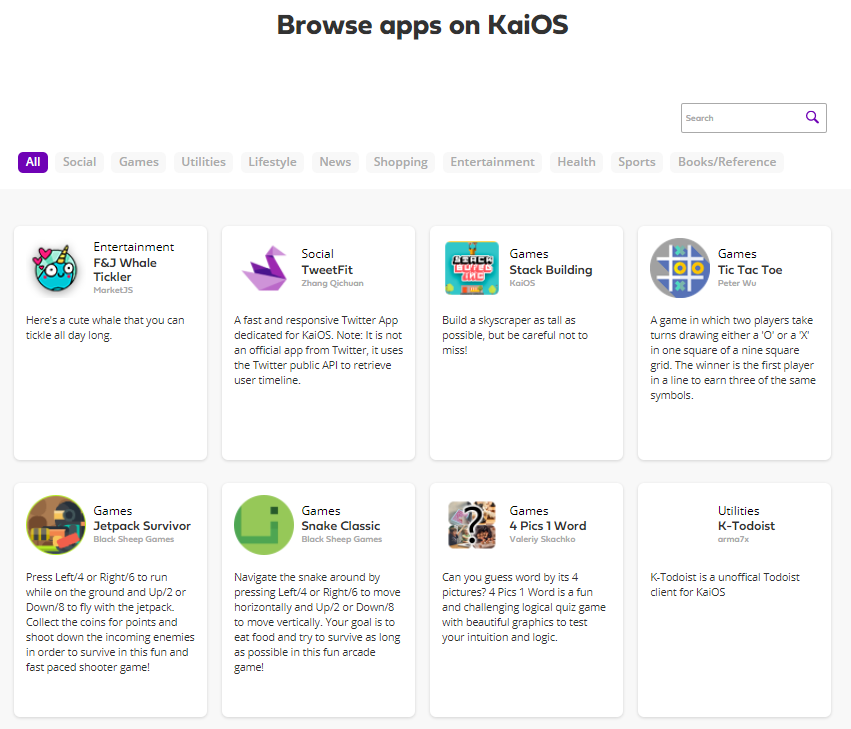 What Can You Make for KaiOS?

While KaiOS still comes with generalized mobile device limitations (i.e. you aren’t gonna make Dark Souls), there are plenty of opportunities for different styles of mobile apps and mobile games. This includes:

… and more! We highly recommend checking out KaiOS most popular apps from 2020 for a better idea, or simply browse the KaiOS app store to see the kinds of apps are possible.

You can dive into KaiOS game development & app devel9opment by checking out the tutorials below and taking advantage of this new platform for your projects!