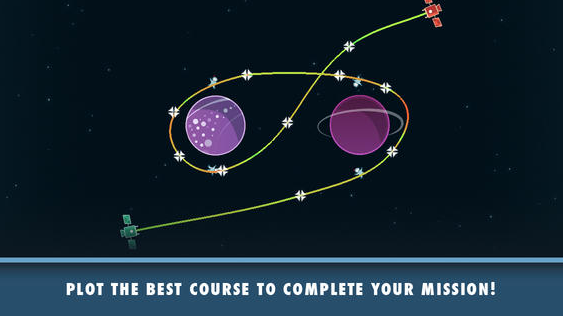 Gravitations is a space and gravity themed puzzle game where all of the missions are created by players. In this interview, Michael Stratford, one of its developers, talks about the experience of designing a complete new way of playing.

Michael works at JLOOP, a small company location in Long Beach, California. They usually work with clients, doing a variety of media based projects ranging from websites, to content apps. When they get the time theywork on their own projects like Gravitations.

Gravitations is a space and gravity themed puzzle game where all of the missions are created by players! Plot your ship’s course to successfully reach the goal station while dodging obstacles and saving lost astronauts along the way.

There are currently over 275 unique missions to play!

Build your own missions inside the app using a library of interstellar objects, each with their own special properties:
-Planets
-Anti-Gravity
-Space Stations
-Astronauts
-Wormholes
-Space Mines
-Black Hole Generators
-Fuel Canisters

Publish your missions online to let players from around the world compete for the fastest time and the least fuel used.

People without an iOS device can also play on the web at http://gravitationsapp.com/play

For iOS only you can go on a galactic romp in the action-oriented Explore mode where you’re free to fly your ship throughout the universe. Slow down time to give yourself extra precision to perform difficult maneuvers while rescuing lost astronauts. 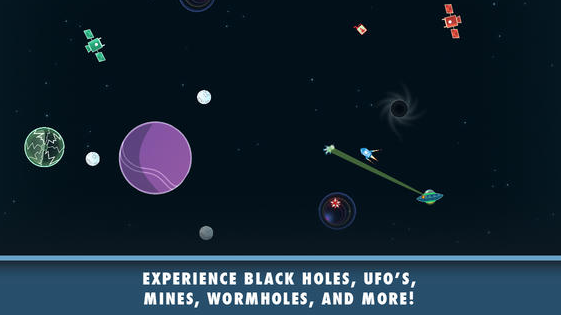 A co-worker came up with the idea of a travel through space using planet’s gravity type of game. I took that idea and molded it into a puzzle based game where the solution would be a line that your ship travels along.

Initially, I was the only one who worked on it, mainly during my spare time and weekends when I got inspired to work on the game. I built the game just using temporary art and design everywhere.

I started with the goal of figuring out how to have the best way to have the user create the line for the ship’s path. That lead to the idea of using beacons so that the code could easily make the beziér curves and the user could easily edit the curves and see the path the ship will take. Completing that was completing the “core” of the game. The rest is just things that interact with the ship on its way between stations.

I then made the mission editor and added my first object, Planets. Next came astronauts, then moons, fuel cans, Anti-Gravity, mines, black holes, and lastly the Wormhole.

I did this for around a year until I thought it was at a point where it just needed design to be completed. So I got my company JLOOP involved.

We then spent around 3 months as a designer worked on art and I worked on implementing the design into the game while also working on other minor improvements to the game. Two other developers worked on building the web version of the game so that people without an iOS device could also play.

The last thing we did was producing some sounds in GarageBand.

Then we got the app into the app store but we knew development wasn’t over. Now I spend a lot of each week working on tweaks to the user experience and larger updates to the core of the game.

We have gotten 2 updates out already and are working on a larger 3rd one that will include a new section to the game. It is temporarily called “Building Challenges”.

The main goal with Gravitations was to see what people would do with the game. Both with the mission creator and with the individual solutions to each mission.

Don’t plan what the finished product will be in the beginning. Start with the core idea of the game and while building that it will naturally lead to features and improvements.

You should be passionate about the game you are making. If you are exciting about playing your own game then you will easily come up with ideas on how you want to improve your game.

Start small. Have an idea of how a game should play, figure out how to build it, then build it. You don’t need to figure out every detail of the game before you start building it. The ideas that come from building the game and playing it will be better than any you could brainstorm before beginning the project.

Just make sure you set some sort of goal that will dictate when you game is complete. No game is perfect and no one person can come up with all of the ideas. If you get a polished but small game out there, your players can help come up with what would be best to add to the game.

What about the testing period?

Finding a group of people that would be interested in beta testing would be helpful. We got minimal excitement for the game before it had good art in it. And when it had the art in, it was pretty much done.

Thank you Michael for this interview and sharing your experience!