A couple of friends, fans of the tabletop RPGs since they were kids created Conclave a challenging solo or group game.

Derek Bruneau and Nick Branstator, Thanks for sharing your thoughts about game developing with us! 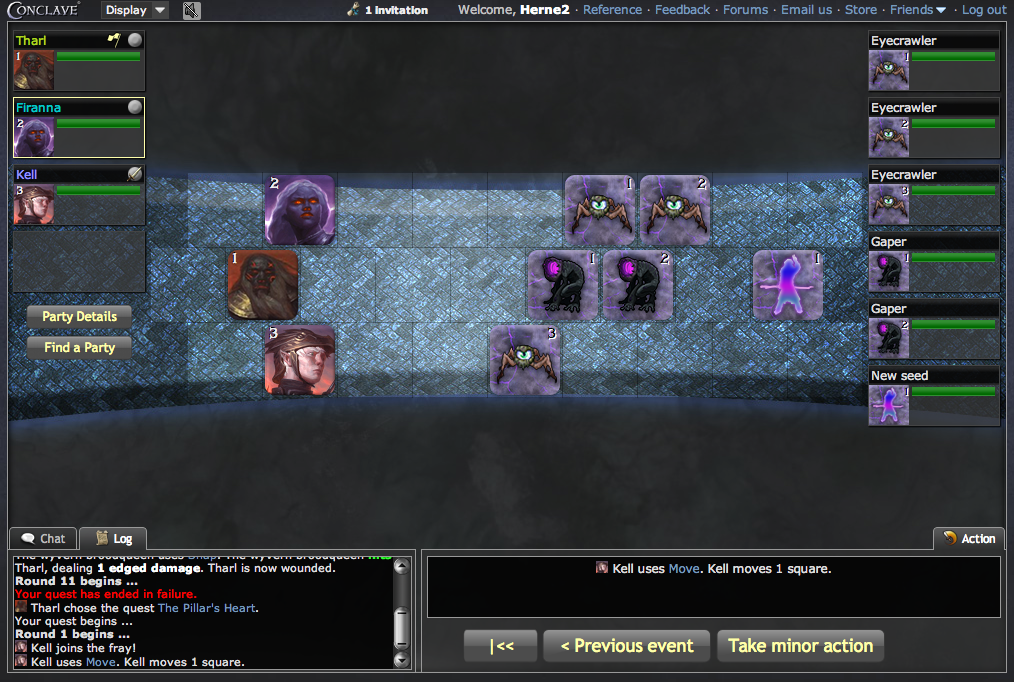 10×10 Room is the two-person team of Derek Bruneau and Nick Branstator. We’ve been friends for a couple of decades now and have worked on web-based projects for almost as long. In 2009 we decided the time was right to make game development more than a hobby, as the web was becoming a increasingly interesting platform for it. We’ve been fans of tabletop RPGs since we were kids, which is what led us to explore the idea that would eventually become our game Conclave.

What is Conclave about?

Conclave is a tabletop-style co-op RPG that shifts seamlessly between synchronous and asynchronous play as players desire. The game captures the experience of playing a tabletop RPG like Dungeons & Dragons or Pathfinder, but without the need for long gaming sessions or a gamemaster to prepare them.

The game’s story takes place in a lore-filled fantasy setting over a campaign of 25 quests, and each quest is a mix of turn-based tactical combats and story decisions that affect your path through the story. Players can play solo or in groups of up to four; the game scales all challenges to the size of the party. When playing in a group, you can take your turns in real time if you’re online at the same time, or you can take them asynchronously whenever you have a free moment during the day.

Nick and I enjoy tabletop RPGs, but as we’ve gotten older and busier, we’ve had trouble scheduling regular gaming sessions with our friends. Since we couldn’t find a way to play asynchronously that we liked, we decided to create one.

The two of us have been working on Conclave in some capacity since 2009, and we’re responsible for basically all of the mechanics, code, user interface, and story. Sam created the soundtrack and other audio; Chris Rahn, Devin Knight, and Christina Roberts contributed the character art, many of the token illustrations, and some of the battlemap art respectively. We ran a successful Kickstarter campaign last September to fund the last stretch of development, and we recently released the game with its first campaign of quests, Legacy of the Dweller. We hope to do more in the future.

The importance of having talented, reliable, and friendly people to work with. We’ve been very lucky in that regard.

If you’re interested in creating a game of your own as more than a hobby, it’s almost never too early to start thinking about how players will find out about it. The barriers to creating a game might never have been lower than they are now, but on the flip side that means you have to work harder than ever to be noticed: there are an enormous number of interesting games out there for people to choose from.

If you want to know more about 10×10 room products you can visit their website or their Facebook Fan Page.