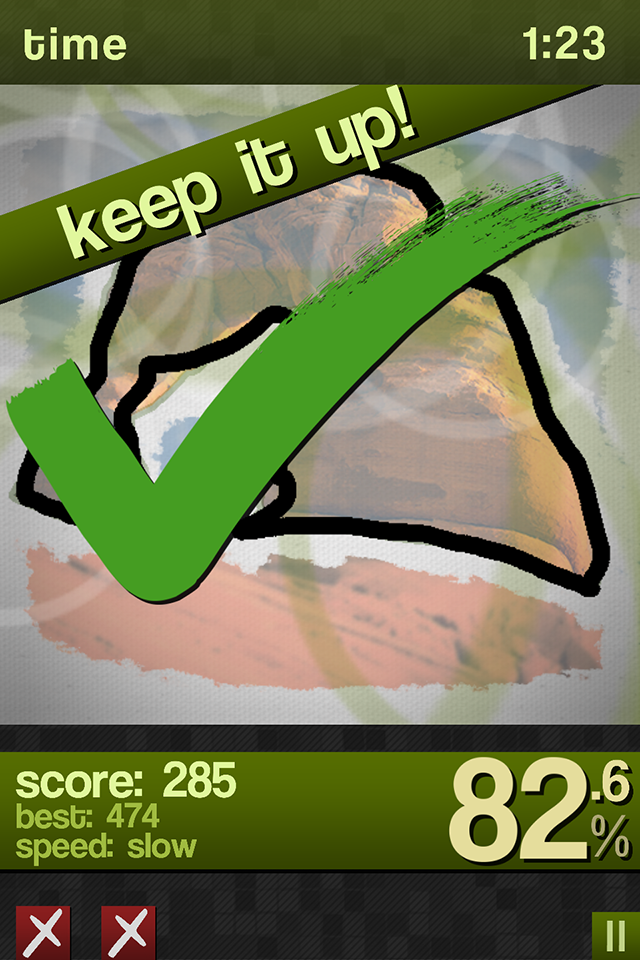 Mike Antonakes from Spaddlewit Inc. is our weekly guest. He talks to us about his game TraceRace.

So Mike, tell me more about your company

Spaddlewit Inc. was founded by A.J. Freda in 2012. A.J. works collaboratively with Mike Antonakes, a longtime friend and work partner. The dynamic duo have never actually worked at the same table before – A.J. lives with his wife and children in South Florida, and Mike is studying game development at UOIT, a Canadian university. Nevertheless, they have been working steadily on quality mobile titles since late 2009, and hope to continue producing more in the future!

As independant developers, our goal is to provide uniquely compelling game experiences within the confines of mobile platforms. We don’t like to color within the lines – our strengths lie in breaking with conventions, coming up with our own solutions, and just having fun while working, pure and simple. Neither of us would be here if it weren’t for the amount of passion we’ve put into our titles, and the company as a whole.

So far, our creations primarily involve iOS devices, but we have recently been flirting with Android as well. Our long-term company goal is to be as inclusive as possible regarding mobile platform support, so that our titles achieve parity between every major smartphone OS out there.

Your game is called TraceRace. What is it about?

Trace your way to the top in TraceRace, the simple-yet-deceptively-addicting casual game. Your goal is to outline a series of drawings as accurately as possible, without spending too long on any one of them. You only get one stroke to pull off this feat – no erase ability, no second tries, nothing. If you get an accuracy less than 50%, then you fail the drawing, earning yourself a strike. Three strikes, and it’s game over! Conversely, the greater your accuracy is, the more points you’ll earn. If you do really well, you might even gain some sweet bonuses! 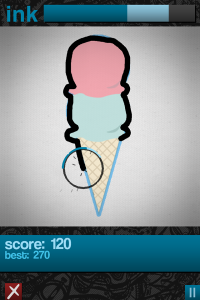 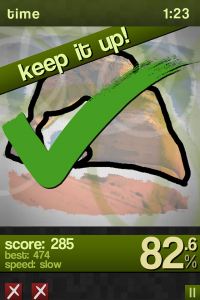 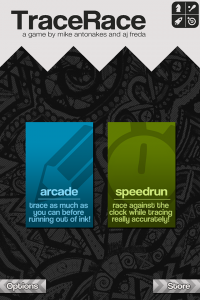 How did you come up with this idea?

TraceRace is directly inspired by a variety of titles. The drawing mechanic has its roots in an obscure minigame from Mario Party 2, which we expanded heavily upon. The UI drew from the likes of SpellTower, Draw Something, and Fruit Ninja.

TraceRace was worked on by two guys – myself, Mike Antonakes, and AJ Freda. I served as project lead, programmer, and artist, wheras AJ served as chief programmer. Principal development for our initial public release took 8 months – from mid-February to late October 2013. The Android port (still a work-in-progress) took an additional 1-2 months to get off the ground.

The game was programmed in C++, using a custom proprietary engine developed by my partner and I. The engine is portable, flexible, and suitable for all of our needs. Some more information regarding TraceRace’s development cycle can be found here: http://spaddlewit.com/a-development-infographic/

Can you share with our readers  the most important thing you have learned when developing a game?

Pace yourself when working. Give your project a few hours a day at most, but make sure you have other hobbies/interests to keep your mind clear, as well as to avoid burning out.

Version control is of the utmost importance, as is issue management. Being able to look up a ticket, find the rev# in which it was tackled, and directly view the lines of code altered is such a godsend, especially when dealing with debugging. Don’t underestimate it.

Do you have any advice for someone who would like to develop their own games?

Gameplay first, visuals second. Don’t get lost up in the glitz and glamour of being a game developer – try to focus as much attention as possible on raw development, and spend only what you must on promotion/self-plugging. Be passionate about your craft, and you’ll never work a day in your life.

I’m immensely proud of the work I’ve created with AJ, even though we haven’t even broke even with our financial investments. We both knew going in to this that it would always be about having fun, rather than making a buck

Thanks a lot Mike for sharing your story – we hope it inspires people to start developing games!