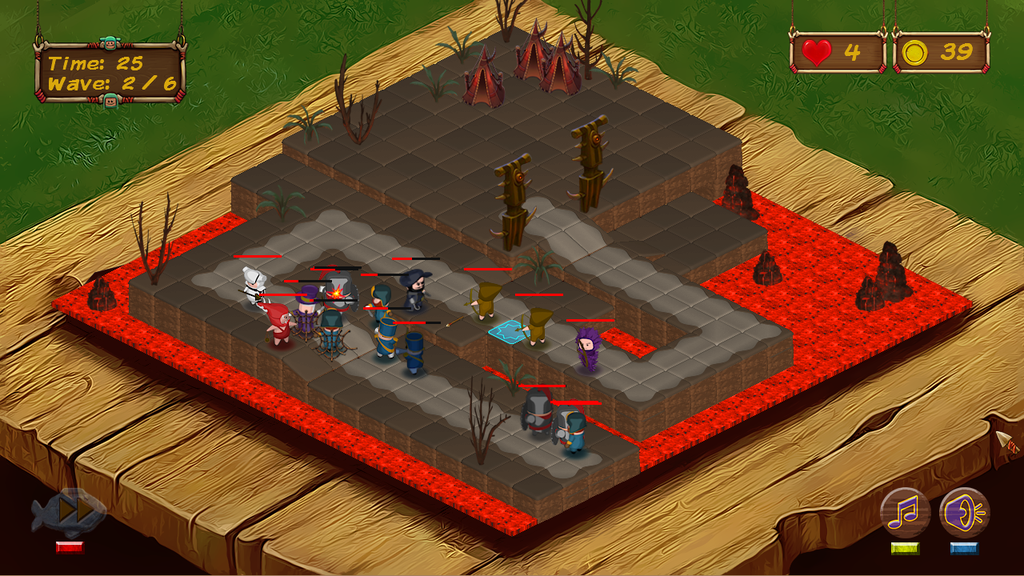 A game development competition for Smart TVs LG 2012 2013 platforms at Chile led to the creation of  “Selknam Defense”, a 9 month long project that involved 4 people with different skills.

Sebastián Gana, one of the developers behind the project tell us all about the process.If you want to know more about game developing in latin america…keep reading!

Can you tell us something about the “Bad Games” team?

Our team was created after we participated in a videogame development competition, organized by LG, which goal was to develop for Smart TV platforms. We are not a company, but we needed a fantasy name that represented us. Currently there are 4 people in the team: 1 illustrator, 1 3D modeler and 2 software engineers. The team has many years of experience developing videogames for consoles, computers and now Smart Tv´s. 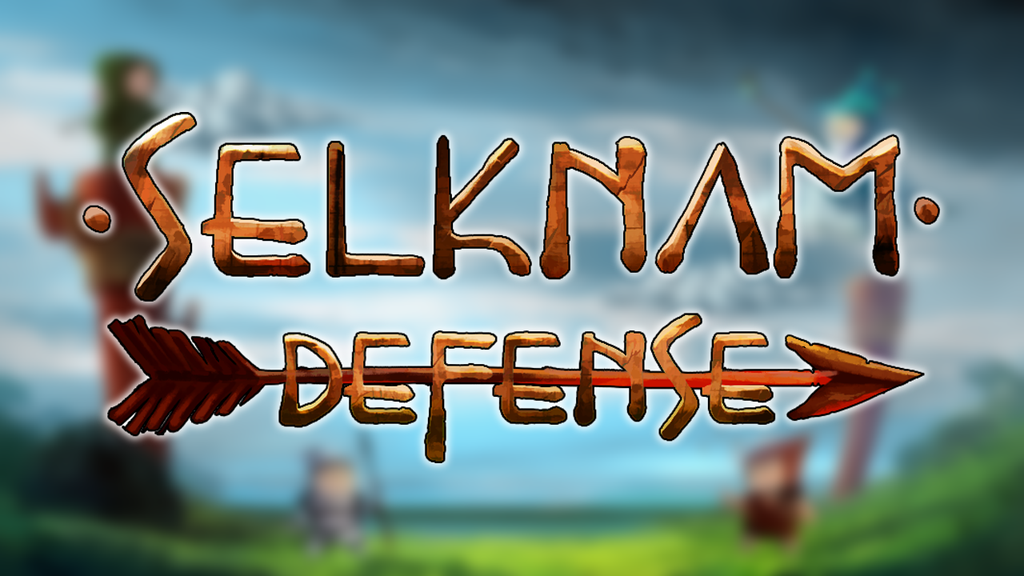 What is Selknam Defense about?

The game is about defending Selknam territories (indigenous people from chilean culture) from the european invaders that arrive to attack and colonize. Its mechanic is a mix between the Tower Defense and RTS genres, that is, we control allied units that have to be deployed in a grid in order to defend your territory from the invaders that are trying to reach your base, and that also attack your own troops. It has 4 worlds and 24 stages in total, with forest, mountain, ice and lava settings. It also has an upgrade section for your units, that you must use because as the game advances, so does the difficulty.

The idea came spontaneously, after i wanted to create something that could be used for a contest organized by LG Chile and their Smart TV platform, which for me meant showing something from the culture of my region and that also worked with the remote controls from the TVs.

The development was very challenging. We started using Flash, but we soon realized that the poor resource management  from Flash would have made impossible to finish even half of the game. Then we started developing with the SDK Marmalade, which allows native support in the platform. When we started redoing the game came the most difficult part, that is, the necessity to design a work plan focusing all the time in optimizing memory. We just couldn´t have the luxury of not worrying about that, instead of what usually happens with PC´s. We wanted to develop in the platform, something that was good, fun and that came near to what big companies had made before, even though we didn´t have the same resources to pull it off. As of today, days prior to the launch, we have no idea if we made it, but we do know that it played in our favor the fact that we were able to develop in a native environment.

I´d say I grew as a person as i was persistent in going trough with the project. I didn´t want that the difficulties that the platform involved meant that any important feature was left behind.

Most people start without really knowing what it really means to develop a video game and the difficulties that are involved. It´s really important to be persistent, to search and investigate a lot, make good contacts and not giving up to frustration. It´s important that you make at least a game, and then you have something to show.

I would love for them to try our game and to get reviews and critics for what we did. Even though the platform is really new, get close to an LG Smart TV, 2012 or 2013 models, and you will be able to download the free version and play it, and if you like it, you can help us by getting the full version for US$2.99, so that we can continue creating more things.

What about Beta test?

We worked really close with the QA department from LG Brazil. I think it was a good experience for both of us in finishing the game.

What we liked the most during the testing is that LG was surpised with how good our game was for the platform. In their opinión, and giving the limitations from a Smart TV, they said it was really difficult to see a game as complete and that it worked as well as ours, given that the only games that had raised the bar before were mega famous titles, such as Plants Versus Zoombies, Bejeweled and Cut the rope, just no name some. After this opinions we are hopeful that something good has to come from all this.

How is making a TV game different from a desktop or mobile game? what other factors do you need to keep in mind?

It´s important to design a very good software development plan, before you start programming wildly. It´s also important to manage extremely well the memory resources, and to always be aware of the design of the game, since it has to be suitable to be played with a remote control. Also you have to consider that in a giant screen you have to put bigger and heavier textures. In order to achieve that the application worked, we had to cut the textures into pieces and then join them in the game, which allowed us to reach a good graphic quality.

What is it like to make games in Chile?

Developing games in Chile is pretty hard from an economic point of view. Most companies in our countries focus in generating new business and image sale. Personally I think that at a macro-level, we have a lack of technical field, wich means creating and developing new technologies. I think that in this part of the world there´s a strong desire to create new things, both interesting and fun, and I think we have fresh and different ideas that could give new airs to the industry.

The videogame industries in Chile is still in diapers, that is why it´s so difficult to find funding that can sustain the development time involved in creating a videogame. I would love that investors from other countries would come to Chile to enhance the development of videogames.