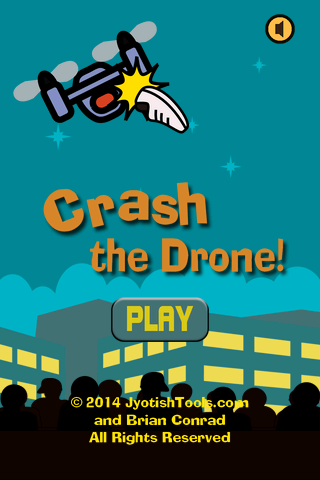 Lets give a warm welcome to Bryan and get his side of the story on game development and his endeavors in that that area. Bryan has developed an action packed game for the flying enthusiasts.

I’ve been developing games since 1983. In 1988 I took over the Amiga version of a parallel game development project called Micropolis. Before it the game was released it was renamed “SimCity.” Later I worked for Maxis as their Technical Director and Sims Publishing Director. I more recent years I ported Myst to the Sony PSP for SEGA Japan, Midway in Europe and THQ for the South Pacific. I still enjoy programming and find the HTML5/JavaScript interesting because games can be created quickly. I like the HTML5 Quintus engine because it is lightweight and easy to use.Games are a new division for JyotishTools.com which has mainly been in the business of developing astrology programs for multiple platforms.

What is the name of the game you have developed?

Where can we find your game?

Can you tell us how your game works? 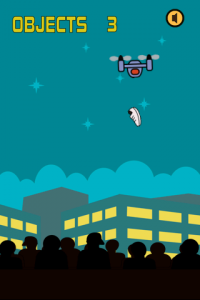 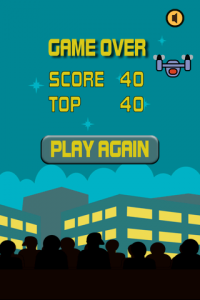 Where did the idea come from for this game?

The idea came from recently seeing a news story about fans at the Staples Center tossing objects at a hovering drone to knock it out of the air.

Can you tell us about the development of the game?

I developed the game by myself and it took only a few days. It is very simple and makes use of the 2D physics engine in Quintus. Different objects will have different gravity and mass and interact that way when tossed.

What is the most important things you learned while developing the game?

I got more in depth into the Quintus engine and using different layers in development and object control. My previous game, “Drone Dodge” also HTML5/JavaScript game me the template to use the Android Webview for the Android version. Having experience since 2009 in developing Android apps I know how important a small footprint can be. Fortunately the game plays well in the Webview with only the addition of sound routines using the JavaScript interface so a third party webview was not required.

What advice do you have for young developers just starting out in game development?

Be original. Avoid doing “me too’s” except as a learning process. Games are more a creative medium than an engineering one. Writing a game from an engineering standpoint would be like writing music purely from a music theory standpoint (music was my college major).Be patient. Learn to walk away from the project if you hit a snag. Often the solution will come a few minutes to you after walking away and doing something else.Above all, remember it’s “only a game” which is something Will Wright liked to say when people got in a bind. Have fun creating your game and folks will have fun playing it.

We would like to take this opportunity to thank Bryan for taking the time out to share his insights with our readers. We wish him the best of luck.