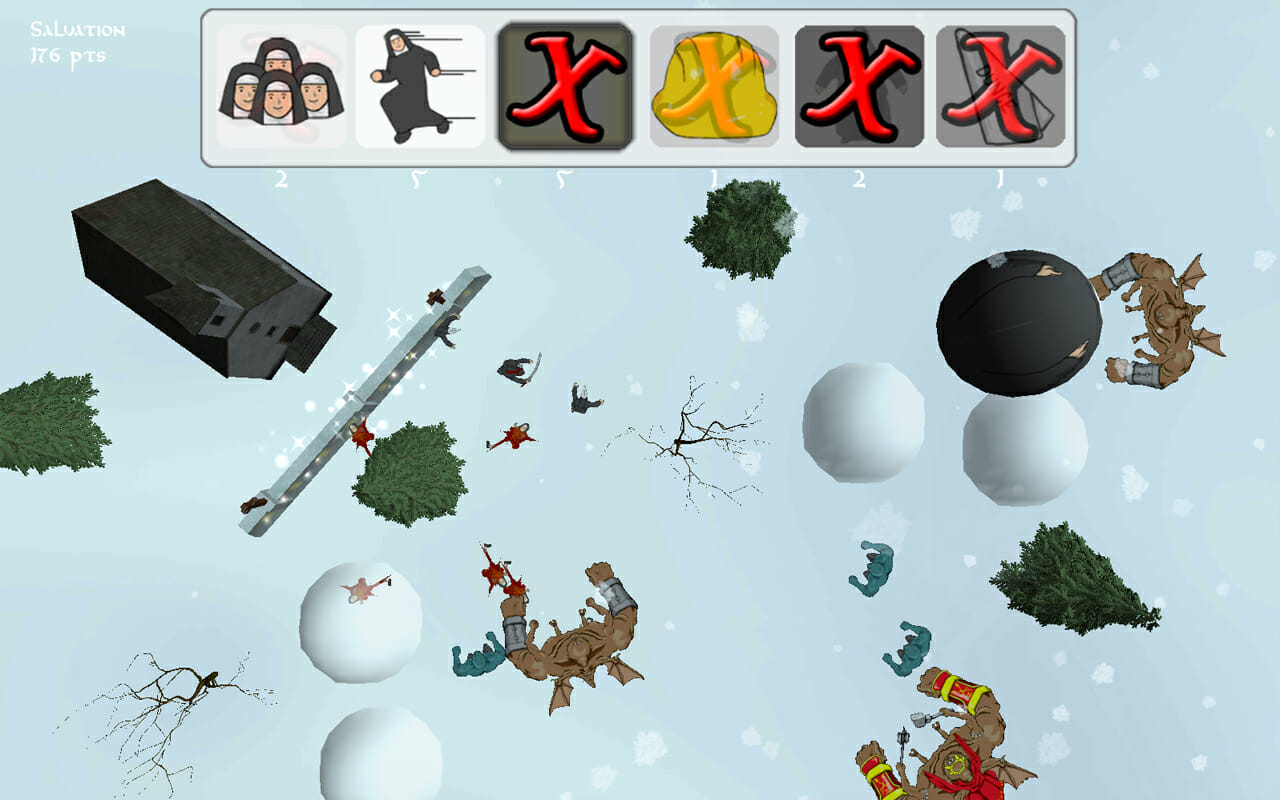 Nun Chuck is a game created by “Behold Games” and this time, Alex Moore tells us about the creative process behind it which started with a “hilarious three hour meeting”. 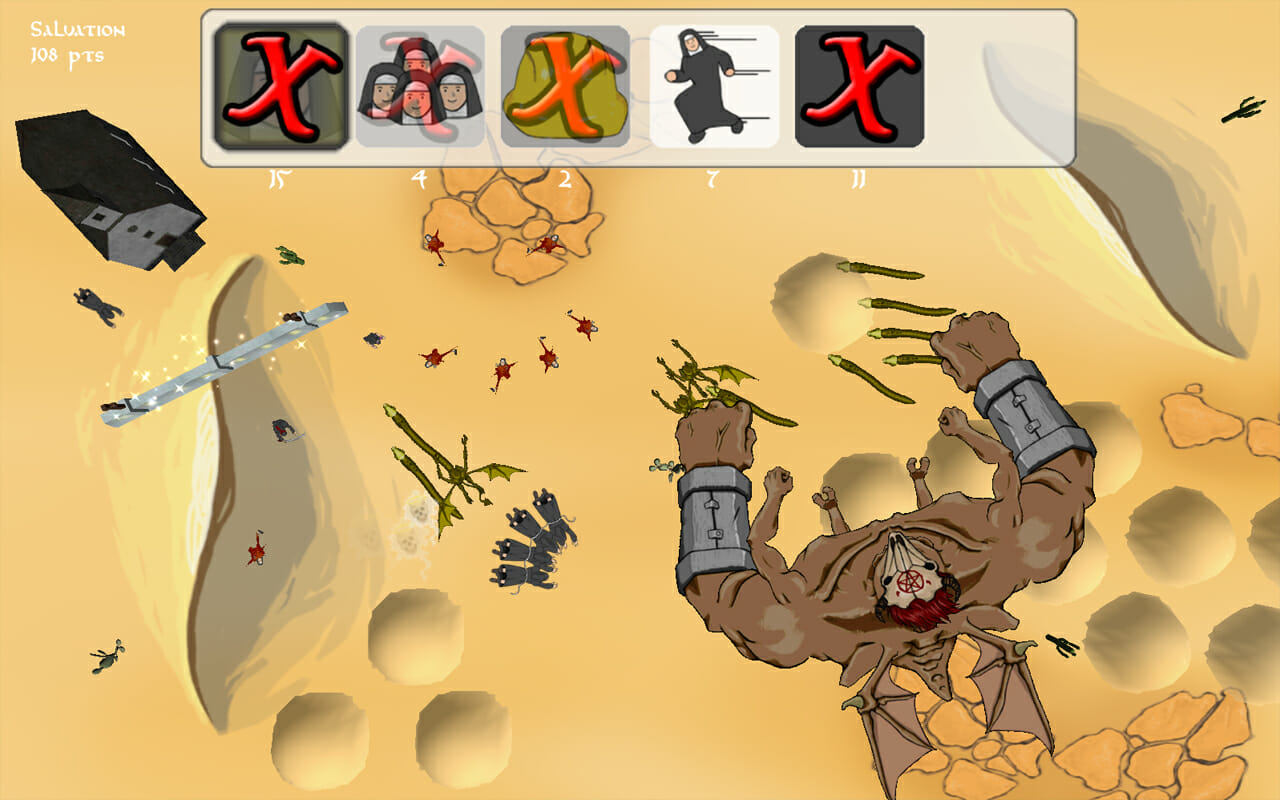 I have been a serious gamer since I got my first system, SNES. It has always been my dream to make video games since the day I chucked a mechakoopa carcass at Bowser and gave the princess some kisses! I have since then played a vast variety of other games and gathered an impressive collection of systems. The diversity of the “old school” classics and more discrete releases as well as the dream to create new ones has created the indie developer, “Behold Games”. Behold Games is a small team of dedicated individuals who love making games! Our goal is to someday have a game hit consoles but in the meantime, we enjoy making games that other love to play as much as we do.

What is Nun Chuck about?

“Nun Chuck”, the game where you chuck nuns to defend the church against evil!

Chuck, the demon, has fallen in love with a beautiful nun, Sister Petunia, but she does not share the same feelings. Chuck does not take this well at all and summons a demonic army to find her and make her his bride! Help Petunia fend off these evil foes by chucking various nuns at them.

Simply choose a nun from the “nun select” bar at the top of the screen, then tap a position on the screen where you would like the nun to land. Simple as that! Unlock all nuns and utilize their abilities. Sister Twister blows away demons with her gusts of wind, the Cannun blasts through groups of enemies, the “Nundertaker” summons an army of “Nundead”!

Now, all downloads from the App Store come with 10,000 FREE salvation points exclusive to iOS players!

We had a 6 person development team. Andy Petkac – 2D Art, Brandon Novogradac – Music & SFX & Concept, Mark Hixon – Music & SFX, Mike Thomas – Voice & SFX, Jessica Moore – Voice, Alex Moore – Programming & 3D Art & Level Design. We had projected a late December release by the official release date ended up being Feb 2nd of 2013. We had begun to work on Nun Chuck (Droid version) in late July giving us a development period of about 8 solid months. This game took a lot to make but was definitely worth it! The iOS release came a bit later and required some work as well. The iOS version need some input changes, heightened graphics (no compression), sound adjustments (to compensate for the heightened graphics for iPad), and we needed to get rid of the “nun splats” available in the Droid version. During the creation of the iOS version, we also decided to include an expansion to the game which includes 4 new nuns, 60 new levels, and much more.

We learned a TON during the development of our first release, “Urine Trouble”. To save you all some obstacles, here’s what we learned:

– Never skim on the small stuff.
– Avoid scope creep at all costs! Scope creep will kill any game.
– Stay true to your original concept and never lose sight of what you want to make.
– Not all help is good help. More people working on the project does not mean it will be better.
– ALWAYS keep a backup!!!
– Never be afraid to try something new. It might just be awesome.
– And lastly, be prepared to go all the way. We have had a ton of hiccups (financially and technologically). Luckily, we are all very dedicated to what our dream is and have all pitched in in our own ways.

Making games is an art. A fun art. Fun for the creator and fun for the end user!

We, Behold Games, strive to create original game ideas and chucking nuns to defend the church against evil… well, this is the first we’ve heard of it!