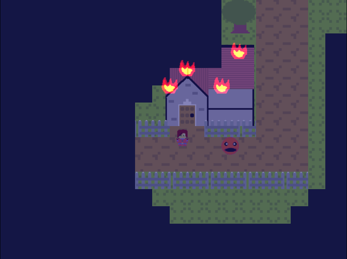 Hi there guys, it’s been a while since I last wrote a tutorial here on this site. I apologize for my inability to find time to post more, but now I’m not here to just apologize. I want to announce about a new game I’m developing , it’s called Warriors of Belirium and is an action RPG in the same flavour of classic role playing games! 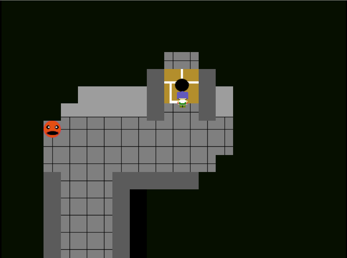 What game is it? It’s the game that uses the battle system whose tutorial I wrote some time ago. Long time ago when I wrote that RPG battle system tutorial I didn’t think of making a game out of it, I just wanna do something with Construct 2 and share the progress with people. But sometime in the way I thought “Hey I can totally make a game with this battle system.”, and so started my hard and busy day as an indie developer. Not only thinking about the gameplay, I also make game design, story, characters, sprites, and all the other stuff.

So, first thing I created was the story, because my original design lack that and I think it’s a must for RPG. The first thing I wrote was the main conflict, what’s the game is about? Is it a fight against demon? Who’s the demon and how can it roam freely on our world? Or is it gonna be a simple story about saving a princess? Then who kidnapped the princess and why?

The first thing to think about when creating the main conflict is “what do the heroes save? And from whom?” it can be about saving a princess or saving the world or maybe protecting an ancient family heirloom. 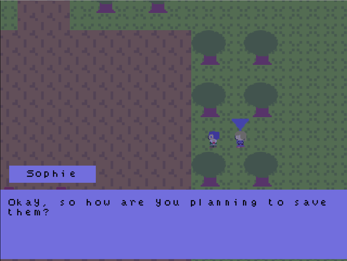 In my game, I chose the story of war. The heroes’ kingdom was invaded by neighbouring kingdom who is strong and famous for lust for battle, and the heroes must join forces to free their kingdom. This was the original idea of the story before it developed into an even more complete version of it. Why not saving the world, you ask? Because I want the game to have a sequel and because of that, I must be able to create a sequel from the story. If in the first game the heroes saved the world, there isn’t a threat more thrilling for next heroes in the second game.

After I made a rough story design, I moved on to gameplay. Thinking about what features this game will have in the final version beside the battle system that I made. This is a hard part because looking at the world of RPG, there are a lot of games with multiple different features that all look cool and nice yet implementing them all in my game seem next to impossible. Not to mention that I’m the sole member of my studio. Making an RPG sounds hard enough, making a full blown epic RPG with plenty of features seem… overwhelming.

So I have to cut down a lot of features that I actually want, and probably the players want too, but this is a decision I have to take.

First, the story will be linear. Following the main quest the player will only find one ending. This is because I don’t have the man power to make a multiple scenario RPG. Second, no customization system (or something like that). Players can’t make their own characters with their own look, even the existing characters can’t change their job. I’m pretty sure there are players who’d love to design their own character but unfortunately I can’t make a game that’s gonna totally satisfy them.

Good news is: there’s still a side quest for players to embark on! These side quests can make for a good place for grinding, and also there’s gonna be items that you can acquire only through side quests so this is a good addition to the gameplay!

One more thing I learned from this is project management. Initially, I planned to release the alpha version on February but turned out it have to be pushed back until April. No matter how well you planned your things out, there’s gonna be stuff that’s just not in your plan. Unexpected bugs, bugs is harder than expected to fix, maybe you’re sick sometime in the middle of development, some relative business you have to attend to no matter what, and more unexpected bugs. Bottom line is: estimate when you can deliver your game, and put a few more weeks into the estimates as “precautions”

Thankfully, now the game is now in alpha version! And I am currently running alpha funding for the game on itch.io over here. I will release it for more platforms later in the future. Please visit that page and support me in my journey as an indie game developer. Thanks!