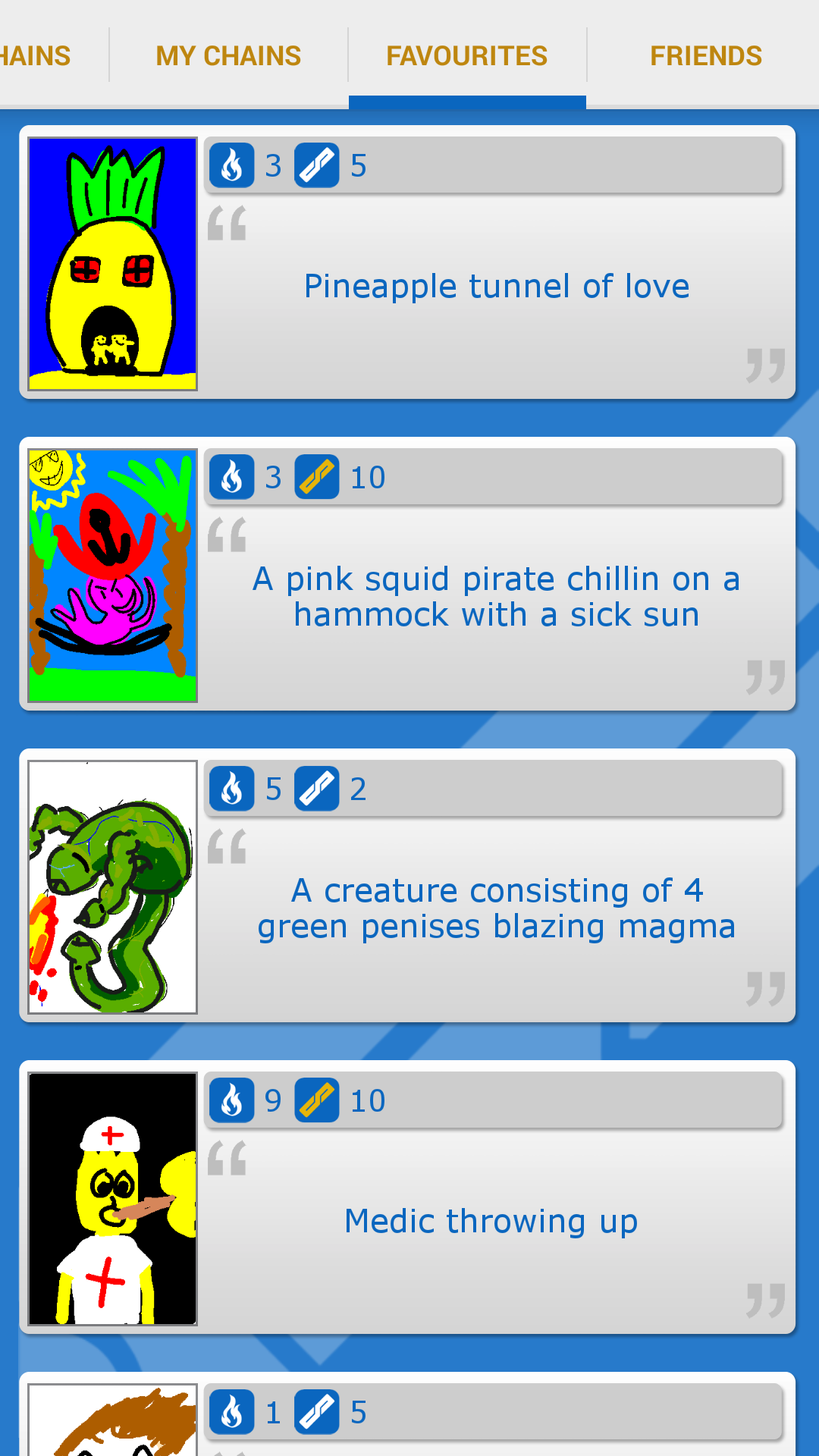 A group of friends is the best combination to create a great game!

That’s exactly what happened with Dinger Apps, formed by two students from Brisbane, Australia. Later, a third student joined the crew. Currently, they are still studying and creating android games and apps in their spare time.

One of these games is Doodlechains an Android game inspired by “Telephone” which takes that concept and adds drawing pictures or doodles into the mix! Your goal is to draw or describe an image given to you by another Doodle Chains player. This creates what they call a “link” in the chain. Once you’ve submitted your link, you have to check out how the chain’s meaning has changed since the first link as a result of other players’ contributions. The results are mainly hilarious. 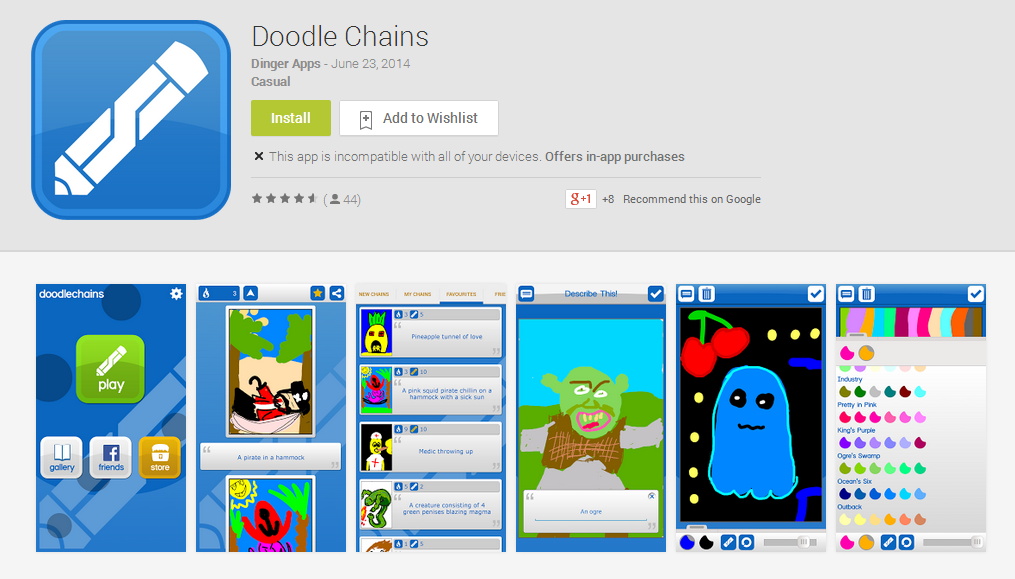 Development started out with just two developers. After six months of development, another friend joined to speed things up and help with the UI design. Overall, the application took approximately a year to develop. This time was so large due to university, learning curves of android development etc.

There are two things we have learnt which are develop simple and assume your user base will not know how to play (even if the concept is easy) and will abuse the system (being inappropriate, not playing correctly etc.). Although we think the game definitely has the potential to take off, next time a simpler game that doesn’t take a year to develop may be a better option.

Develop something simple and pleasing to the eye. Take time with your beta testers and find out what work needs to be done to make the game easy to understand and addicting (so your users come back).

Thank you guys for sharing your experience with us!

And for all you GameDev Academy readers, remember you feedback is very important for all those game developers out there 😉