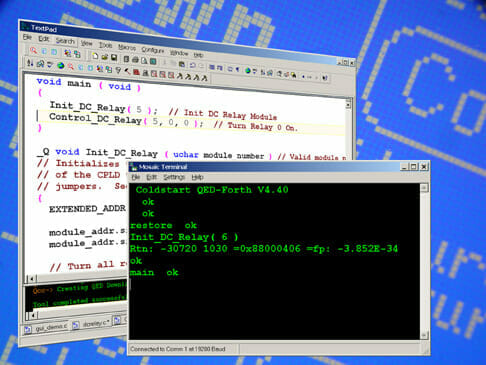 Cloud based IDEs or desktop IDEs?

Technology reshapes itself every day and the result what we obtain is superiority in our lifestyle. Mainly it is software and apps that have taken over the market on a high note and there is an increasing pressure on technologists to develop something new with advancement of time. Thus, software development or more elaborately developing proper programming environment for developing a software is a burning issue among software engineers. In this regard, technologists have to retort to IDEs for such tasks.

The term IDE stands for Integrated Development Environment or Interactive Development Environment. Basically it is nothing but an application of software that is aimed to facilitate programmers with a nice interface for the development of a new software. IDE’s aim to minimize configuration necessary and present a single program in which the entire development is effectively done. However, technologists are ever divided in terms of their opinions over the two types of IDE’s available that is cloud-based ones and the desktop ones. 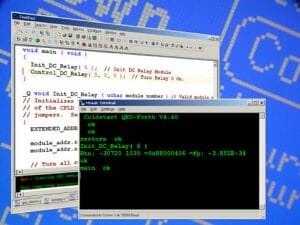 While the debate can last for infinite time among techies, it is important to discuss the two in general. In practice, cloud based IDE’s are gaining greater importance than the desktop IDE’s as the former are advantageous in many ways. Especially it is nippy and comes handy in the way that they can be accessed anywhere in the globe. All that is needed is just a compatible device. The cloud based IDE’s are often held high among programmers, since they feel it helps a lot with ease of collaboration among developers staying far away from each other. Also, the increasing trend towards cloud computing, has given a vital boost to the cloud based IDE’s. In addition, there are no worries regarding installation and maintenance-a strong point to make it an automatic choice of the present time. In other words, immediate information exchange and mobility in accessing are two important points that have made cloud based integrated development environment, penetrate greatly into the IT industries. The google trends chart shows the same effect: 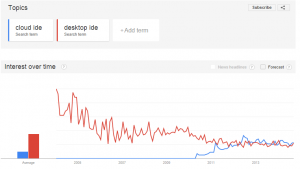 The evaluation of any IDE can be done over three areas:

Developing is simply like a ship without its radar if the IDE is not well supported. For creation of any software package, SDK is the most vital thing of all. This is where Hybrid IDEs stand tall and shine more than the rival pure cloud/desktop IDEs.

As said earlier, there can be huge debates over the three types of IDE’s, selecting one is just a matter of personal preference. Although it is controversial to say that one is better than the other, there are well supportive reasons in favour of the Hybrid IDEs. While some developers like to work with smart, updated environments, many greatly hold on to the traditional ideas. After all, traditional ideas pave way for the updated ones and if one aspires to be a good developer, Hybrid IDE is an automatic choice.

Learn how to code with online courses by Yoda Learning 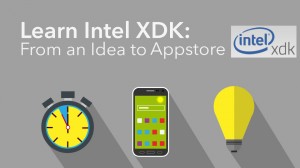 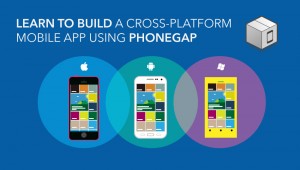 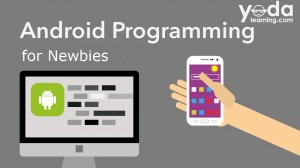