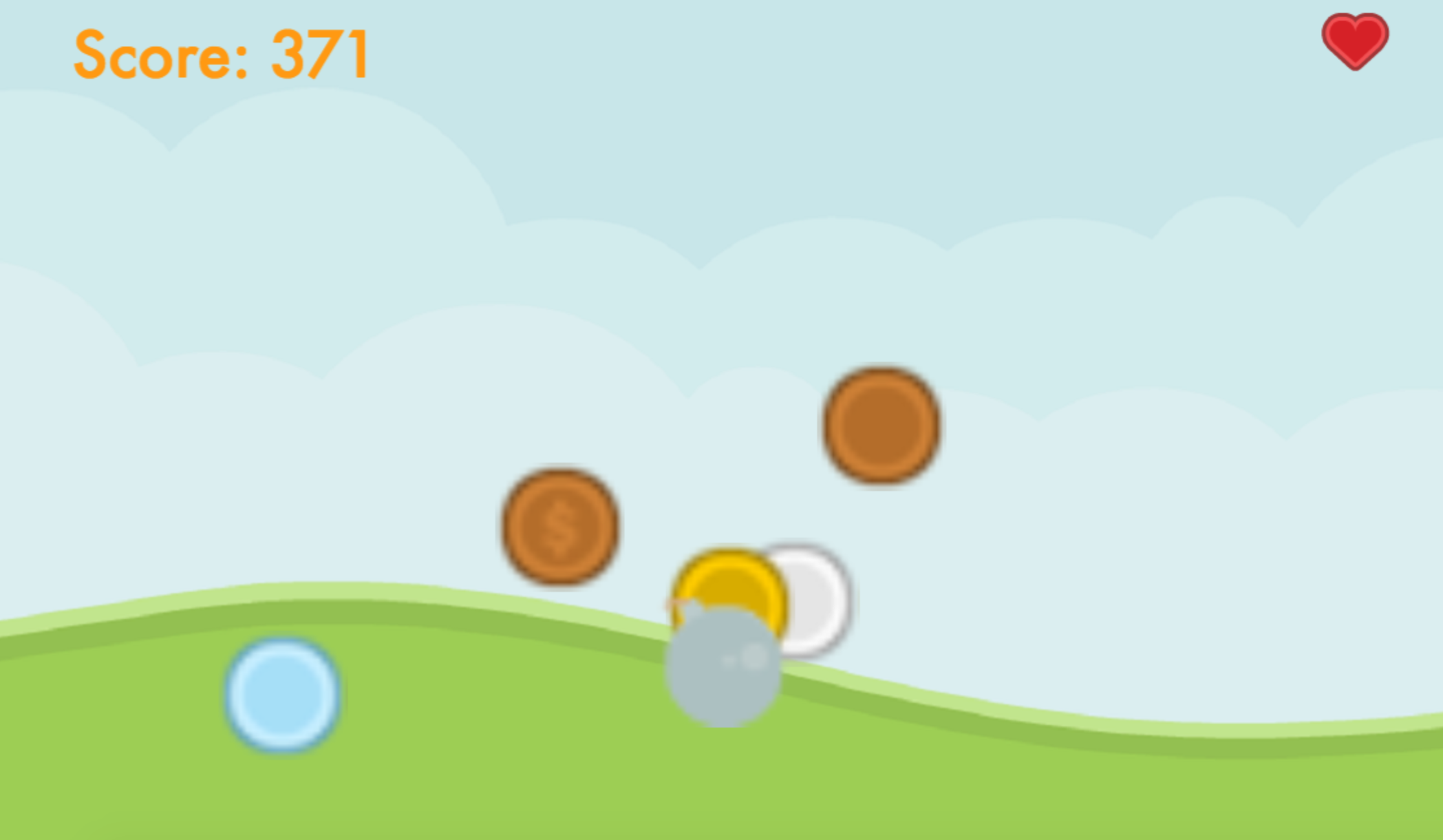 Hello folks! On this lovely Wednesday evening, we get back in touch with a student that we had interviewed prior to bring news of their latest and greatest success. Meet Daniel Danielecki — or if you’ve already read the previous interview we did with him, welcome him back!

Daniel’s latest project has taken him to where he hasn’t gone before — and that is to publishing a game on Facebook! His newest game (and his first game for Facebook from what we know) is Cash Ninja. Read on as we delve into the realm of Facebook game development, and Daniel’s experiences with it, in our interview below. 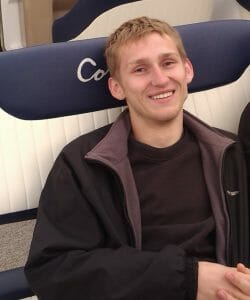 Hey Daniel! What was the process like while publishing Cash Ninja? We know you’ve released several games by now — are there any particular steps you take now that make the process more efficient?


Hi guys! This wasn’t my first game, so the process ran much more smoothly :).

Once the logic and the graphics were done for the game, I just uploaded them as an HTML5 bundle to Facebook — which is a new feature. This relieves my servers and I used Cocoon to compile the game to Android. I soon want to publish on additional platforms, as Cocoon offers the ability to compile the code such that it will run on systems like iOS, Windows Phone, Ubuntu Apps, and the MacOS App Store.

Once I complete a major update for the first game I developed — YellowSidd — it will also go on these platforms. With each game I develop, I try to implement something new — for example, my second game had implemented ads. My third game has incorporated payments, and this latest one integrated basic storage through which to keep coins.

Ads and payments I had learned to implement on my own, but how to usage storage in Firebase, along with local storage, I learned from Renan’s course Build Multiplayer Games, which is a very good and high-level course. I had a few doubts about this course, but it is noted to be “Advanced”, and it really is an advanced course — I really liked it, especially programming paradigms were used.

What new things did you learn whilst publishing this latest game? Anything specifically for developing games for Facebook?

In developing this game, I learned how to work with the Firebase console and how to handle basic storage. These tools are quite useful if you are planning to incorporate items, lives, coins, and purchases, which a player might use later on in the game. Without those features, I feel it is quite hard to monetize your game through in-app purchases.

What do you think of the Phaser development framework? Why did you decide to go with it again, for this latest development effort?

I had a small bit of experience in Web Development while being a student, and it was extremely interesting to me how, using web technologies, we can also develop for mobile. Because of this, I concentrated much of my academic studies to working with HTML5 and mobile devices.

My first game was Quintus, — it was at this time, when Pablo, founder of Zenva, wasn’t very recognizable, and Zenva had around just 15-20 courses. It might have even been solely him in developing those courses, it’s probably best to ask him 🙂 This was around 2014-2015. Anyhow, Quintus became outdated, but the idea survived — Cocoon grew in use, Ionic was released,  and PhoneGap had become Apache Cordova — all of the hybrid mobile programming technologies were just beginning. It was during this time that I found Phaser, first in Zenva’s blog GameDev Academy. Once I saw that the content there was good, I decided to help support Pablo and purchase Build Multiplayer Games, it was a good investment to me — very good. 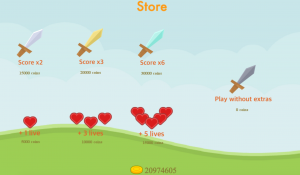 I decided to go with Phaser again because I had already been familiar with its ecosystem, and this is one of the few JavaScript games framework for which you can find any documentation.

However, it is sometimes difficult to handle errors there 🙂 Luckily, there is also the HTML5GameDevs forum, and you can see that Phaser is the most popular game framework there.  This is true for HTML5 Game Development, the backbone of which is, de facto, JavaScript.

How has it been, and felt, releasing a game for Facebook? Are there any additional steps or hurdles, as compared to releasing games for more common platforms, like Android or iOS?

Something I learned in releasing a game for Facebook is that you don’t need to compile your code. Facebook assists game developers creating for the web in this — and this was something I mentioned in the first question — by allowing us to simply upload our HTML5 bundle. However, embedding ads is quite different — Admob simply doesn’t work in this case, but the implementation of ads is simpler.

There’s no need to use Cordova plugins, but I would say that in-app purchases are easier to handle with Cordova plugins — especially in Facebook where you need to complete the purchase once payment has been provided. Otherwise, you won’t be able to purchase the item during a different time. This concept took me several hours to understand, and while implementing it in my Facebook version of Infinite Hell, I ended up having more than 200 versions 🙂

Lastly, are there any new Zenva courses that you’ve taken since we last met — during our previous interview? If so, have any of them helped you in this latest endeavor?

Yes, I mentioned it in my answers above, Build Multiplayer Games by Renan and I also want to purchase RPG Game Development, also by Renan. Personally, after that, I should have everything I need, but I will surely be 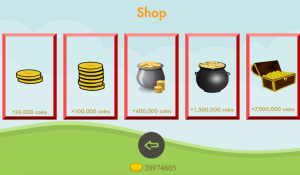 looking for someone to help me with game development, as I’m doing mostly web development at the moment. Games, and developing them, are just ‘after hours’ for me, and once Phaser 3 is released — I’ll be waiting for another version of the Platinum Edition, which will be a source for my student to learn.

I hope my answers help to encourage web developers that are interested in game development, and that game developers try out what we are calling HTML5 Games Development, as it is a very good time to get involved with now. Tools like Cordova and Cocoon are quite well made, and while we still have issues with plugins for Cordova — as some of them are outdated at times — I can personally vouch for them, as purchases, ads, sharing, storage, and inviting friends — all these elements I made by myself in Cordova and they are working.
However, please note that while coding in JavaScript you can go apply your work to many platforms, not just mobile, and what’s even more important is that soon we will have something in our chats like “Instant Games”, which well-respected developers are stating can even change the world of mobile. This concept is coming to be known as “HTML5 Instant Games”, where we will be able to play games without downloading it from “traditional” stores, like the Google Play Store, or the Apple App Store.
It seems to be such an exciting technology, with such potential, that even major players like Google see potential in hybrid mobile applications. Angular 2 (now known as simply Angular) was designed specifically with mobile in mind, and now we’ll be able to see how powerful the Ionic 2 framework is, and so it is a good investment to become familiar with this aspect of game development.
I’m sure people will love this new gaming technology, as even Facebook is currently beta testing being able to play instant games on their Facebook Messenger — I’ve even heard that on Telegram the technology is already working.

Some projects to also follow and keep an eye on are WebVR and PlayCanvas, maybe Zenva will release something about these technologies in the future? 🙂

Wow, a truly inspiring, informative, and exciting interview that we had with Daniel! There are certainly some very innovative developments going on in the realm of game development, a lot of which goes back to web development through the ever-expanding capabilities of HTML5.
Daniel, it was truly a pleasure hearing your answers to our questions, and thank you for going in-depth with your responses on game development, on the Phaser framework, on the process of publishing games through Facebook, and that very insightful last tidbit! I’m sure many aspiring game developers, and web developers who have a soft spot for gaming, can make great use of the advice and wisdom you’ve given here.
Be sure to check out Daniel’s first published Facebook game Cash Ninja and give it a review, level up, and leave a comment! Feel free to also head over to Daniel’s web development site to check out the professional services they offer!

Interested in creating your own games? Check out ‘The Complete Mobile Game Development Course’