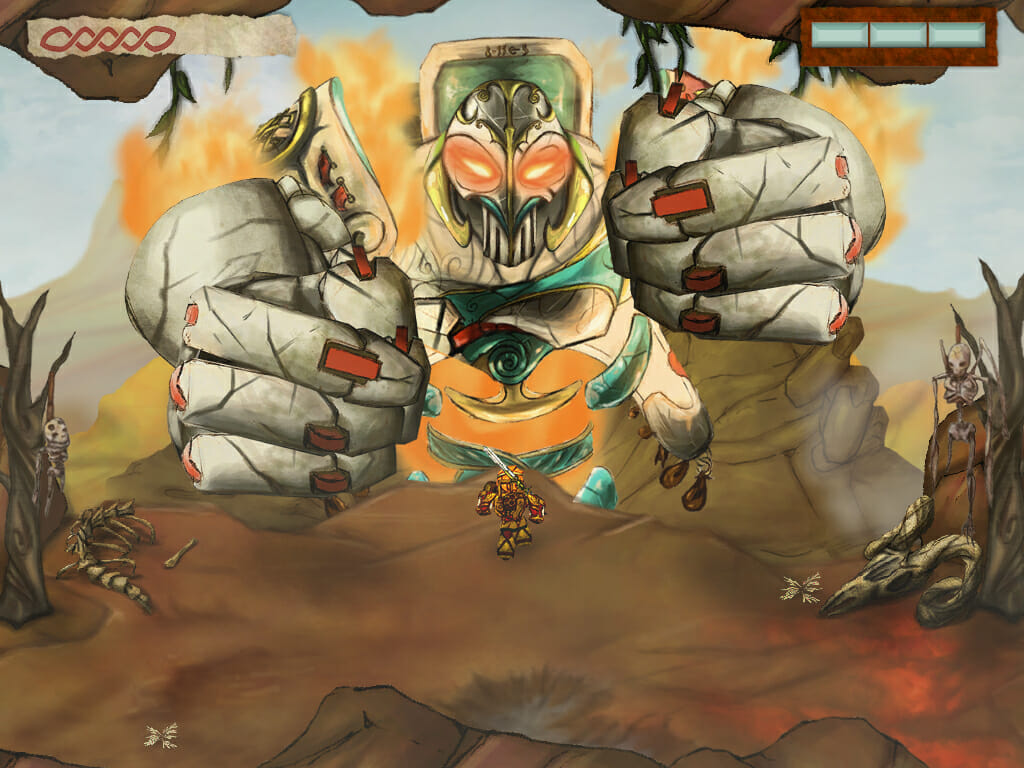 Ralph Croly is the creator of this fun game called Ku: Shroud of the Morrigan. He talked to us with a very funny tone. If you want to learn and laugh at the same time, read on at this funny character.

Can you tell us something about yourself and bitSmith games?

We’re a bunch of ne’er-do-wells from Dublin, Ireland who have been slogging away making games in various grotty lairs since 20-dickinty-11. Our main goal is to have fun, and force other people to too. Whether they like it or not.

Describe us your game

Forged from an ancient tale of Celtic mythology. An action-adventure set in a future Ireland devastated by technomagical war and economic collapse, humanity clings on by using the remnants of technology that survive. When their ancient spring of life begins to fail, an unwanted orphan child must leave the safety of his villages’ mountaintop refuge. With only an ancient sword and a mysterious metal glove, he ventures into lands unexplored and twisted by strange ancient powers.

– Celtic-punk – a fusion of Celtic and steampunk aesthetics
– A rich and intriguing world, brought to life by beautiful hand-drawn sketches, lovingly painted and animated in high resolution
– A lush world populated with strange creatures and vicious enemies, born in the cauldron of war
– Fast-paced combat and epic boss encounters
– Critically acclaimed original soundtrack – Music from Irelands premier independent electronic artists
– Play in Irish – a full Irish translation of the game.

We wanted to make a game based on Irish Mythology for a change, so we based it on The Táin, the ancient Irish epic that features our greatest hero: Cúchulainn

The original members of bitSmith Games started making Ku as our final project in our Digital Media/Games design Masters in DIT Aungier st in 2011. After we left college we kept on going, forming bitSmith soon after, and taking on two more members. We luckily got into an accelerator course in the NDRC in Dublin, which helped us pay the bills, and gave us some much needed business savvy. Enterprise Ireland also helped to fund us, and we released Ku on iOS in January of this year, with Android, PC and Mac following a couple of months later. We also have plans to release a Linux version soon.

Patience is a virtue, and iteration is king 😛

Jump in! The tools are cheaper ( free! ) and easier to get to grips with than ever, so if you want to do it, just do it! Don’t be afraid to fail, you will learn a lot and be three times as strong the next time. Also – show your game to people as early as possible – it will save you a million headaches in the long run.

Thank you Ralph for this fun interview.