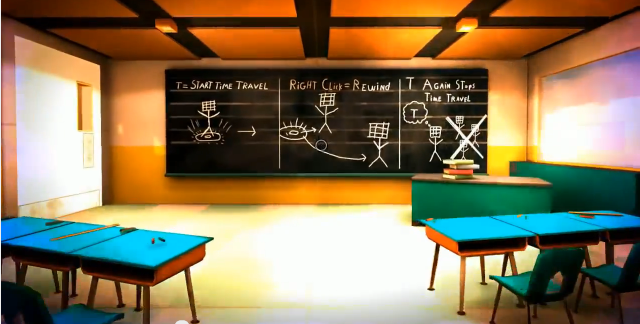 How would you describe yourself?

David Bayzer, Sean Cannata, Graham Gilreath, Christopher Klein, Kristen Lambert, and Eric Spevacek are the developers of  Tessallation. They describe themselves as a people who like making the games people enjoy. That’s how Tessallation came to life.

We were a team of 6 students. The game was made for our senior year Capstone at DePaul University. It is essentially a giant culmination/final test of everything we have learned during our time in college. It was developed in about 20 weeks, minus the time of other class work we had to do during our last two trimesters. During the first brainstorming weeks for the game, it was to be two entirely different games: A co-op/versus horror game or an RPG about a battle beetle. Those were out of scope, (Fun ideas, but out of scope) we all didn’t agree on which path to take for the two games, and we wanted a solid product we all liked as a team and 100% reassurance that everyone was dedicated. Luckily we all were and we get along swimmingly and thought up a new idea that we all loved.

The game you see now was almost a Stealth based time travel game in which you could not be in the line of sight of any of your “past selves.” It revolved around the idea/theory of breaking the space time continuum and all that. Hope that makes sense. We know too well how difficult it is to discuss time travel. We decided against a stealth based time travel game for that exact reason. Teaching someone or just informing a person on the theoretical implications of time travel as a main gameplay mechanic was, and still is problematic. Keep in mind: Scope, students, and about 20 weeks of development where things can go wrong very quickly if you aren’t careful.

Another reason for non stealth based was comedy and humor. We aren’t saying it isn’t possible to do time travel stealth comedy, but our brainstorms never really involved serious second to second gameplay. It was always along the lines of, “switch someones coffee and loop back in time to give them their own coffee. The level would involve an odd and comedic objective like that. Our most successful elements came from us being silly, staying up late, eating cupcakes made by Kristen, and really researching other mediums involving time travel. The movie, “Looper” for instance was a huge source of inspiration for us all.

Hang out with each other as often as possible. Knowing your team and what they do in terms of concentration. (Programming, Art, Design, Sound, Playtesting, ect) will help you communicate effectively and brighten each others day and not make it gloomy and or dull.

Keep pushing. Keep learning. Fail a bunch so that you know or at least have a sense of what works and what doesn’t. Read books that don’t have anything to do with game development like psychology and just keep practicing your specific skill set while also trying all the other skill sets. All of us have had questions on what to do in order to become better. But it all comes down to this: Just do it. I think that’s a Nike’ advertisement line, but that’s not the point. The point is just keep doing more and more.

And always accept criticism. It doesn’t matter if its good or bad because you still need to absorb it all in to really make a great product.

You will be fine. If you are young and reading this, just know that we as college grads are still learning everyday. Iteration is how game development works. Socialize and get out of the basement and see a baseball game or eat food or both.

Thanks you guys! and congratulations on your game.