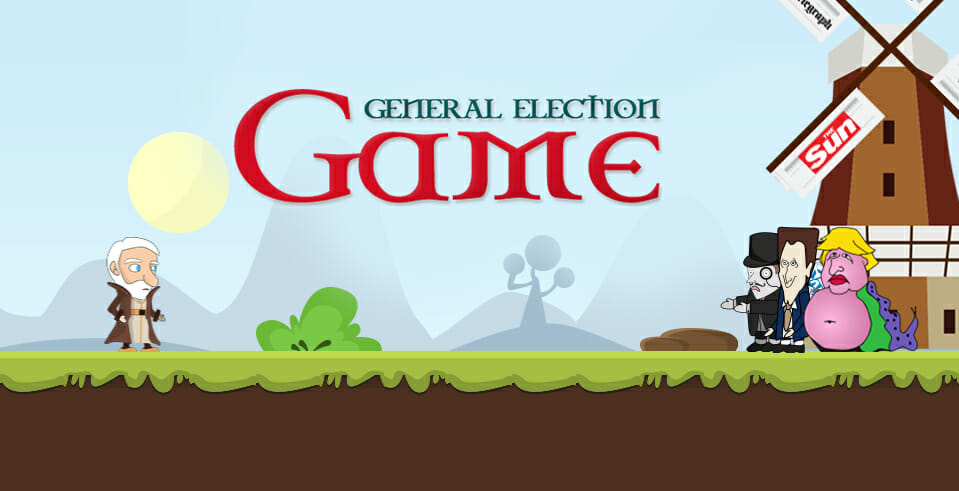 Hey guys! We are back again with a new feature for our Student Success series, and this time our latest entry includes a bit of a political twist. This time around, we bring you The General Election Game, a politically-themed game created by another awesome Zenva Academy student Salvatore Tedde. 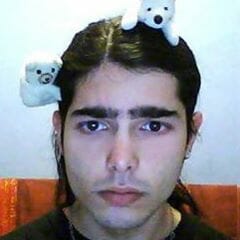 Follow our interview with this successful Zenva Academy student below, and hear about his experiences in this clever and captivating published game!

Hi Salvatore! Glad to have you here, the General Election Game obviously has a dimension of politics imbued in it. What role do you feel video games have in politics? And the reverse, do you feel politics have any role being in a game?

Hi! I’m glad to be here! And to begin, it is an unfortunate fact that most people are disenfranchised by politics. I believe this is mostly because citizens feel they’re being ignored and cannot find someone that can represent them. Because of this, they pay less and less attention to politics in general, even though there may be a political worth their attention, such as Bernie Sanders or Jeremy Corbyn.

I think that a political video game, and the message it brings, can help change the situation by engaging people with politics again. 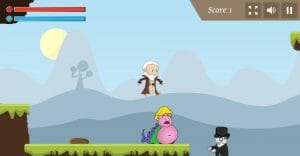 Some think that the video game industry is not supposed to get involved in this matter, but I disagree. At the end of the day, what politicians do affect the whole of us, as a society, so every creative industry should be involved in the matter — be it the music industry, the film industry, or the video game industry. The more people that are educated about political issues, the better.

Wow, that’s a very wise and insightful sentiment regarding video games, and how they can be instrumental in helping citizens become engaged in politics. On that notion, why did you decide to create a game with underlying political themes, as opposed to another medium?

There are already many political videos, and politics-enthused memes, on the internet, but they lack interactivity. Because of the interactive nature of a video game, I thought it might help push people into becoming more proactive in how they approach politics. An example of this would be through talking with friends and family about the political issues brought up by the game. This in itself would already be an excellent achievement for The General Election Game.

That’s a very great and inspiring reason for developing this innovative and motivating game. I’m sure anyone who plays it will have a question or two on the issues brought to light by it. What frameworks and tools did you use in developing the game? Any particular Zenva resource that helped you in your journey?

From a code perspective, and the game being browser based, I decided to build the website front-end using VueJS. VueJS is a fantastic UI library that is easy to use as jQuery, yet very lightweight and extremely powerful. I also included Vuex — a centralized state management for VueJS — to keep track of the score of the current user, and then saved all of the data using Firebase. Then, I rendered a real-time collective score table, so you can actually see the score updating immediately after a player finishes a game. 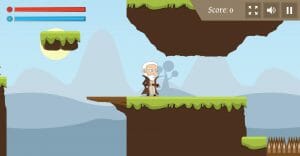 For the building process and asset management, I used Webpack, and for the animations I used AnimeJS which is much smaller than GSAP, and it integrates very well with PhaserJS.

Regarding the creative process, I worked alongside a phenomenal Fine Art specialist, Ixchel Prada, that provided all of the sketches for the characters and enemies, and a skilled Motion Designer, Antonio Oggiaru, that converted the sketches for Illustrator and Photoshop so that they were ready to be animated with After Effects and Spine.

Other programs used in the development of the game were Tiled Map and TexturePacker, two invaluable tools for building maps and exporting game assets such as images and sprites.

Of course, none of this would have been possible without the excellent The Complete Mobile Game Development Course by Pablo Navarro. When I was first introduced to PhaserJS, I was overwhelmed by the size of the API, and also by the fact that I had 0 experience in making video games. You can thus imagine how happy I was to find out that Pablo had made such a detailed course regarding the PhaserJS library. Dring the course, I discovered that Pablo was not only teaching the PhaserJS API, but he was also teaching how to structure the game, and most importantly, how to think like a game developer.

Problems that would have taken me hours to solve were explained easily and in a matter of minutes. I definitely suggest the course to anyone who would like to embark in the journey towards developing a web based game.

We appreciate the thorough answer there, Salvatore! Definitely many modern technologies used in the development of your game, befitting of a game making a statement about modern politics. Is there any advice you’d give to other Zenva students, who might also be on the same journey to develop their own app, game, or project?

Considering the pace at which Javascript is progressing, I think that almost everyone right now is feeling demotivated by the sheer amount of information that needs to be learned. This phenomenon is known as “Javascript fatigue”, and I am definitely a victim of it. 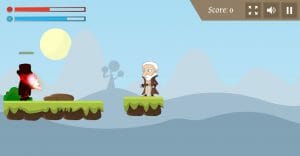 What I suggest to any prospective student, is to try and be up-to-date whenever possible, but also concentrate on what you can deliver with your current skill set. Develop as many games as you want, and never ever leave them incomplete, always finish what you started.

That’s definitely a true statement there! There indeed always seems to be a new and innovative framework, style, or technology that comes out every so often. Fatigue and a sense of being overwhelmed is a real thing, but it definitely helps to set your eyes on a goal and focus on it. One last question if you don’t mind Salvatore, but are there any lessons you’ve learned in this latest development experience? If so, what are they?

Yes, I’ve learned that one should not underestimate the marketing aspect of one’s game, because advertising your video game can be as difficult as developing the game itself. In addition, it would be best to have a targeted set of people play your game as early as possible, so that you have immediate feedback on what could or could not work, especially regarding the game play.

We wholeheartedly agree! Thank you for the thought-provoking and brilliant insight, Salvatore! We greatly enjoyed hear about your experiences and your motivations behind them.

It was awe-inspiring and captivating to hear your thoughts on the intersection of politics and video game development, and how each can make use of the other. Any medium that helps individuals become more participative in the world around them — especially government and politics — should be used to do so.