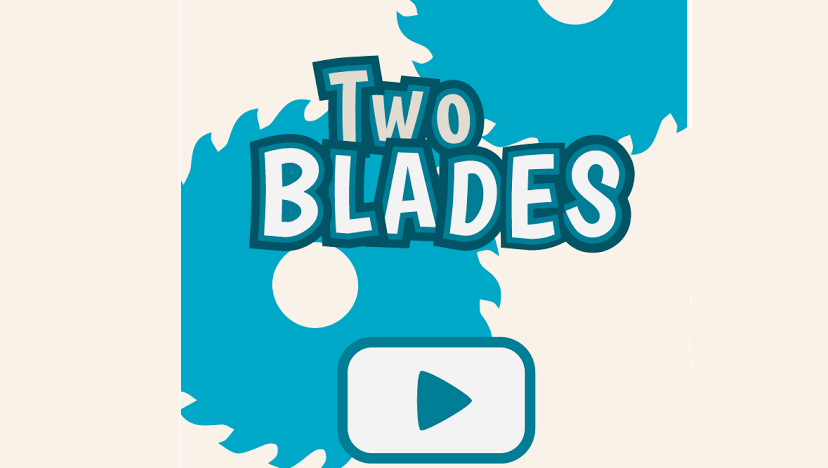 We recently sat down with Mike Dwyer, game developer and student at The Complete Mobile Game Development Course – Platinum Edition, and talked about his super exciting game Two Blades which is now available in the Google Play Store.

Can you tell us about your programming and game development journey?

I initially wanted to help a friend design educational apps. I learned illustrator for making icons and illustrations and greensock for animations, but I had more ideas and no programming skills to make them a reality. One day I wanted to learn more about canvas, stumbled upon Phaser.io, and became interested in trying to make a small game.

Tell us about Two Blades and your experience so far

I was surprised how fast I could make a small game. Phaser made it super easy to start programming without too much beforehand.

What was the biggest challenge when making Two Blades and how did you overcame it?

The biggest challenge getting started with my first game was being overwhelmed with everything. I like to have a nice step-by-step guide to spoon-feed me all the basics when initially learning something. I solved it by using a Zenva course! I was attracted to the big Phaser course since there was a lot of content that assumed no prior experience, while also having the same general structure in each example app.

What are your thoughts on Phaser after making this game?

I love it. The community is active and the creator seems really passionate about the project. I feel safe spending a lot of time learning Phaser knowing it will be supported and be constantly growing for the foreseeable future.

What are your next projects? will you continue making games or do you have other ideas?

Now, I’m making a simple kid’s game using Phaser and also working on an educational app that teaches you how to write different languages. After making my first game, I found out I still had lots to learn to create a polished and performant game for mobile devices. Keeping the next few games small will allow me to create a better workflow and tackle some common problems before things get complicated.

What message would you like to pass along to other Zenva students and aspiring game developers?

Keep your initial projects extremely simple. Tackle problems like loading different resolution assets, displaying properly on different devices, automating your build process, and using texture atlases before you start to spend a lot of time on a fully-fledged game.

How can people find out more about your game?

I’ve posted nothing about any games yet, but I’m co-creating an educational writing platform that teaches how to write many languages. We will be initially releasing Korean in mid July, shortly followed by Japanese. You can check out more here.

You too can be a published game developer. Get the The Complete Mobile Game Development Course on Zenva Academy and start your journey