Hey everyone! Recently, we released a special collection of courses – the Discover Unity Game Development curriculum, which was included as part of the Humble Unity Bundle.

Yone Moreno Jimenez was one of many students who grabbed this bundle, and he has already worked through several of the courses, and published his creations for the world to see.

Yone, it’s great to meet you! Could you tell us a little about your background in programming?

Hello. I’ve been programming as part of my Computer Science studies, however I’ve been curious about game development since 2007.

What courses in our Discover Unity Game Development curriculum interested you the most?

The most interesting course for me was Master Unity Game Development – Ultimate Beginner’s Course, because I learned how important vectors and coordinate systems are when creating games.

It was fascinating when the instructor, Pablo Farias Navarro, implemented a system that only allowed the player to jump if it was grounded. He did this by casting a ray from each corner of the player’s box, and he explained the calculations for this in a very friendly way. 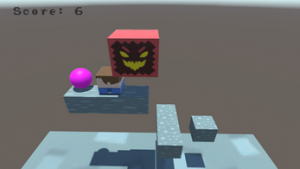 Additionally, I enjoyed the course because in each lesson, there are small challenges where you get to put the knowledge into practice, instead of just copying and pasting the content.

I published my version of the 3D Multi-Level Platformer game – ColorPlatform – after making my own modifications to the main screen, the game over screen, and the background music.

It’s fantastic to hear that you were not only able to create the game, but to make it yours! Since completing your platformer, have you worked through any of the other courses in the bundle?

I’ve also taken the 2D game development courses, and have learned a lot with them. The instructor Glauco Pires does a great job – he works at a good pace, and explains the the concepts behind why he does each step.

So far, I’ve created and published Pong , Plane in the River , and also Space Attackerson the Itch.io game publishing platform.

You’ve taken a wonderfully active approach to your learning! What are your development goals – is game development something that you are interested in pursuing as a career, or is it more of a hobby that you are passionate about? 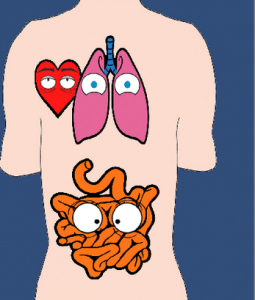 So far, I’ve created some games with other artists. Unlucky Charlie is a game centered around following the rhythm of a heartbeat.

Friendly Fire Fly is a co-operative side scroller, where you need to avoid colliding with fire and the enemies.

When it comes to a career, I’m still figuring things out. Although I like the creativity involved with programming, I’m hesitant about coding with only text (as is the case with web development), so now I’m investing one year in learning Unity. I also plan to study game design and development at University next year. 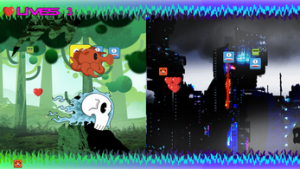 I’m also really interested about using programming to help people with disabilities, like the blind, because I think that the time invested in programming, developing and designing is especially worth it when helping other people. This was inspired from a weekend where I helped to develop an audio game for the blind – you can read all about my experiences doing this here.

That’s a fantastic goal – it’s great that you’re inspired to make games accessible to everyone. Before we leave you, is there any advice that you’d like to offer to other learners and aspiring game developers like yourself?

Learning to develop a game is interesting and entertaining, but don’t just learn by yourself – join up with at least one other person who shares your interests in development. Try to find projects where you can collaborate, and learn how to work as a team.

Thanks Yone, for that great advice, and for inviting us all to see what game development is like for you.

Catch you all next time…