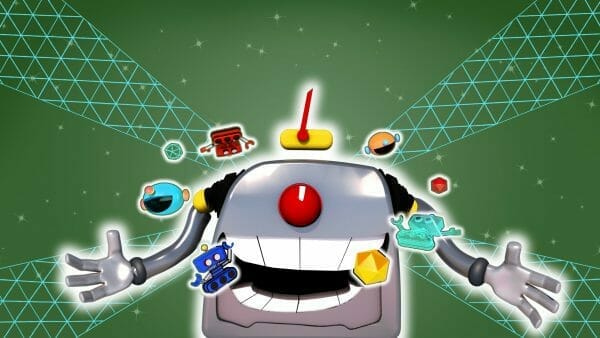 In this tutorial, we are going to be looking at quick sort algorithms, their syntax, and usages.

The quick sort algorithm is a time and memory-efficient sorting algorithm, and knowing this algorithm will give you the ability to solve a wide range of sorting problems.

A quick sort algorithm is built around choosing a pivot element in an array. If we take the example of an array of numbers that need to be sorted in ascending order, a quick sort algorithm will pick one entry (the current element) and compare it to all other entries. The algorithm will then divide the array into two sections. One section will be for entries lower than the selected pivot element and the other will be for entries larger than the pivot element. This is called “partitioning” the array (you may even hear quick sort referred to as a partition algorithm). Pivot values are then picked for those two new sections and the process is repeated for all the elements in the array.

Here is a visual example: 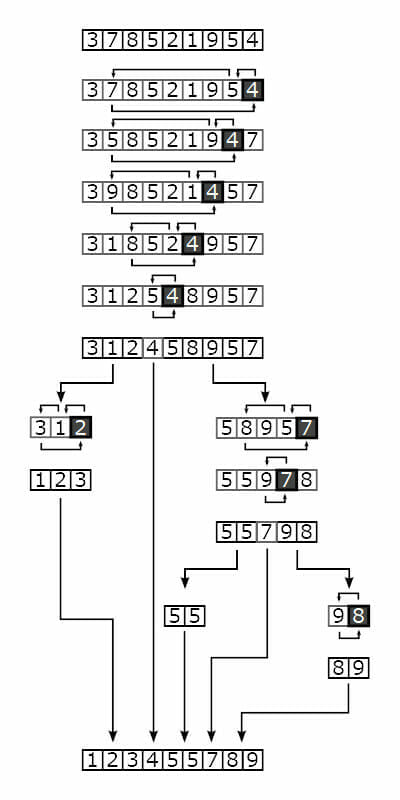 The dark square is the pivot value. That value is compared with other entries in the list. It is rearranged until entries greater than it are on the right and entries lesser than it are on the left. The process is then repeated on both sides of the pivot with new pivot values chosen for each side. Once the process has finished, we can put the array back together to make a complete, sorted array.

The visual example is one of the ways of constructing the algorithm. In the example, two temporary arrays are created (which does increase space complexity in this case). We can also construct an algorithm that doesn’t create any new arrays. Here is a Python script with a quick sort algorithm in action:

First, this algorithm chooses the first entry as a pivot (i.e. the leftmost element). It then loops through the array elements until entries greater than the pivot are on the right, with the greatest being the rightmost element, and smaller elements than the pivot are on the left, with the smallest element being the first element in the array. This partition function is then called by the quickSort function. The quickSort function then calls itself until the array is completely sorted.

Quick sort algorithms are a highly efficient sorting algorithm when it comes to time and memory. A best-case scenario for a quick sort algorithm is when neither the largest nor the smallest value is chosen. If this happens, the algorithm can exit the loop early. This is why choosing the correct element as a pivot is important.

That being said, there are plenty of other sorting algorithms available. Merge sort, for instance, is another time-efficient sorting algorithm which takes a sort of divide and conquer approach with an unsorted array. You also aren’t limited to one programming language with quick sort, so you may wish to try getting sorted data with something like C++ for practice.