Today, we will start the deep dive into what most programmers see as the holy grail of game development, 3D games. Unity3D makes it so much simpler than the days of old. You don’t have to build your very own physics engine or guess at how things look in 3D space. Whilst Unity3D does make … Read moreFundamentals of 3D Development with Unity3D 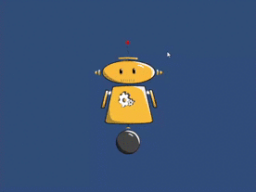 Welcome to another exciting tutorial on Unity3D. Today’s lesson will focus on animations within Unity3D. Since animations occur not only in 2D games but 3D games as well, Ive decided to break this up into two separate tutorials. This tutorial will focus on 2D animations, and a subsequent tutorial in the future will discuss 3D … Read moreUnderstanding 2D Animations in Unity3D

Unity3D is a game development engine originally designed with 3D game making in mind, however, it is also very possible and easy to create 2D games and standard applications using this engine. In this introductory tutorial on Unity3D, we will discuss how to use the UI and attach scripts to components. By the end of … Read moreHow to Get Started with Unity3D – Ultimate Beginners Guide