Recently Zenva was honoured to partner with Women Who Code, a non-profit organization aimed at encouraging women to pursue careers in technology. Kick-started in 2011, this social enterprise has awarded over … Read more 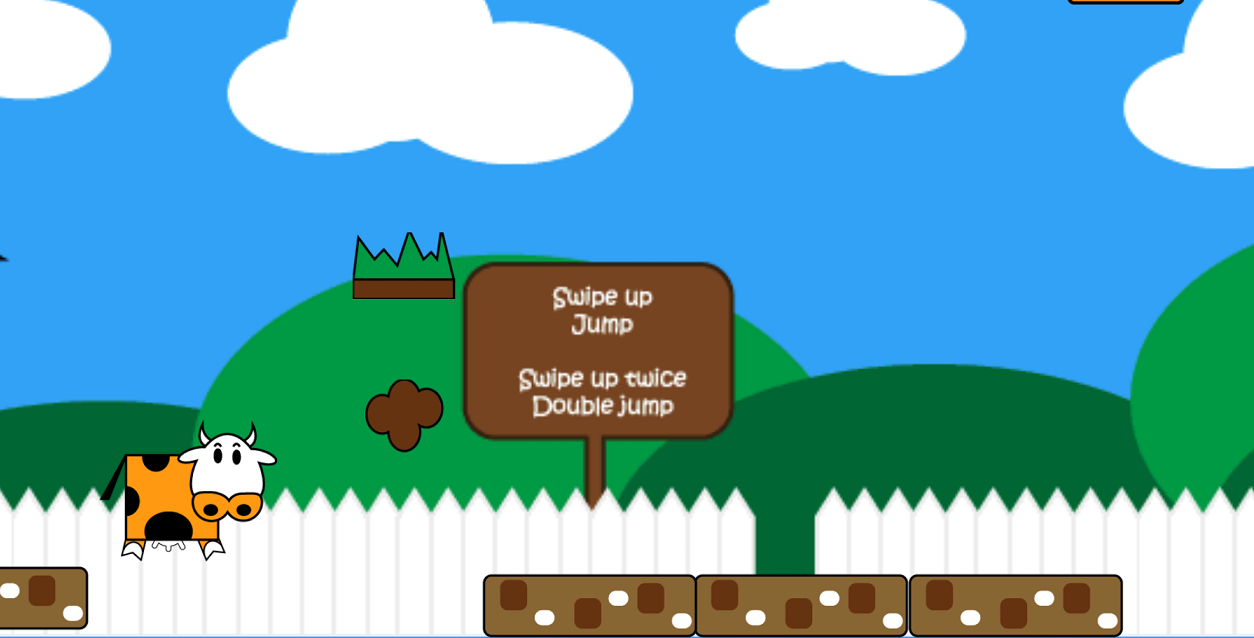 In 2015 Zenva paired up with Amazon to create the ’30 Day App Challenge’ where Zenva students could create and submit their own Amazon applications. Successful applications would then have … Read more

With an International wingspan of 180 Countries, Hour of Code is a Global Movement that aims to break down the complexities of Computer Science through a series of one hour … Read more 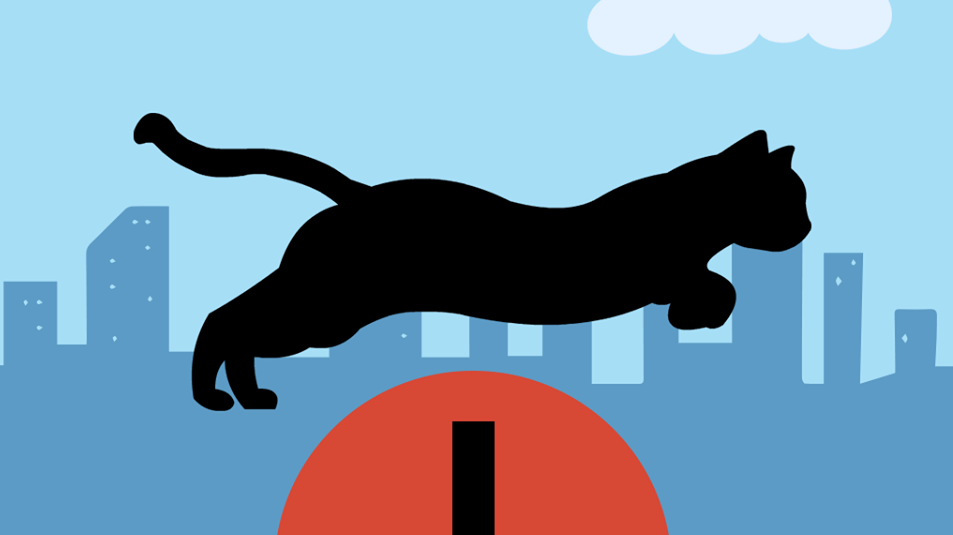 With four years of web development under his belt and some basic Photoshop knowledge, Costin Mirica decided to broaden his technology skills and learn how to build a mobile app … Read more 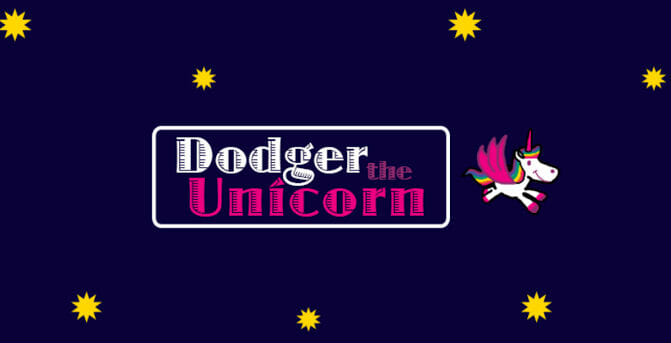 It’s almost one o’clock and after being delegated the responsibility of checking out student developments I have spent a good portion of my afternoon playing Dodger the Unicorn. Akin to its brothers Flappy Bird and Jetpack Joyride, Dodger the Unicorn is one of those highly addictive games that warrants a few choice swear words every now and then. With its bright colour scheme (as expected with anything unicorn related) catchy theme music and charming graphics Dodger the Unicorn is not only an enjoyable game but a real treat for the senses.

Below we catch up with Dodger’s Creator Jeremiah  Jenkins to talk about his app and how completing ‘The Complete Mobile Game Development Course’ helped him formulate Dodger the Unicorn. 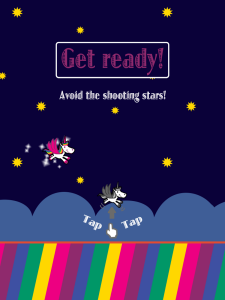 Hey Jeremiah! So how much did you know about coding prior to doing the Phaser course?

I have been a professional developer for over 15 years, focusing primarily on server technologies and business applications. Core Java and SQL are my specialties. However, prior to 2015, I had never done any mobile or game development… that is unless you count the games I wrote on my TI-85 graphing calculator back in high school!

I first heard about Phaser from a newsletter I got from Intel in March 2015. In one afternoon, I did a bunch of reading and decided that I wanted to make a game using Phaser. It just looked like so much fun! I told my wife what I wanted to do, and she said “Let’s do it! …I can do the graphics!”

What gave you the inspiration to come up with Dodger the Unicorn?

Games are very different from business applications so I was very much starting from scratch. I searched the web for good Phaser tutorials and worked through them but still ended up asking myself “Now what?” My wife and I decided that the best approach, since I had no clue what I was doing, was to just get something out there.

I showed her some of the games I had created from tutorials. We picked one of them and decided that we’d re-make it into our own game. We like cats and unicorns and rainbows and other silly things like that, so we decided to make a unicorn game. Using an imaginary animal as our main character freed us up to have tremendous artistic license.

How long was the process in making Dodger the Unicorn?

My wife and I both have full time day jobs so Dodger the Unicorn was something we did as a side project. The very first playable version of the game took about two to three weeks to create. Around that same time, I learned about the Kickstarter campaign for Pablo’s Phaser course on Zenva. We signed up as platinum backers immediately. Fortunately, it wasn’t long from that point before Pablo started releasing videos for that course.

As I took the course, I integrated things I learned from Pablo into my game. Besides learning Phaser itself, I had to learn how to make a mobile app from a Phaser game and how to get it published into the app stores. (For those that are curious, by the way, I used Intel’s XDK with a handful of Cordova plug-ins.)

The very first version of Dodger the Unicorn was made live on the Apple app store on May 14, approximately two-and-a-half months after deciding to make the game. (The first Android version was released around the same time.) The first release had some bugs and had just one infinite level. Over the next several months, I fixed many bugs and integrated more things I learned from Pablo. Also, my wife and I added eight unique levels to the game plus three difficulty modes. Our last version of Dodger the Unicorn was released on the Apple app store on September 20, four months after the initial release.

Creating Dodger the Unicorn was an amazing experience! So many of our friends and family members have congratulated us for our accomplishment and wish they could create a game of their own. My wife and I loved the experience so much that we’ve decided this is our new “thing”, creating games! Presently, we have a handful of games in development plus a couple of mobile business apps based on gaming concepts. The next game we release will likely will be our puzzle game. We can’t wait to share more about it once it’s closer to being launched!

Would you approach anything differently if you were to do it again?

Since I knew almost nothing going into it, it’s difficult to look back and say “We should have done that…” or “If only we had done this…”. It was all a fabulous learning experience. However, something that would have saved us a lot of time would have been designing for multiple screen sizes and devices right from the beginning. I had to re-write a lot of code and my wife had to remake a lot of graphics as we discovered what didn’t work.

In the process, we acquired a handful of testing devices. The final version of Dodger the Unicorn has three versions of every image and scales gracefully to all reasonable screen sizes from 5-year-old Android phones up to the new Apple iPad Pro.

I would absolutely recommend this course to other potential developers! I would even recommend it to people who want to use other game engines! Game development is a very creative process that is limited by the bounds of both our imagination and the tools we are using. This course helps us to expand both of those boundaries by exposing students to a wide array of game genres and by teaching us how Phaser (and many game engines like Phaser) can be used to implement those game genres.

Interested in creating your own mobile app? Check out ‘The Complete Mobile Game Development Course’